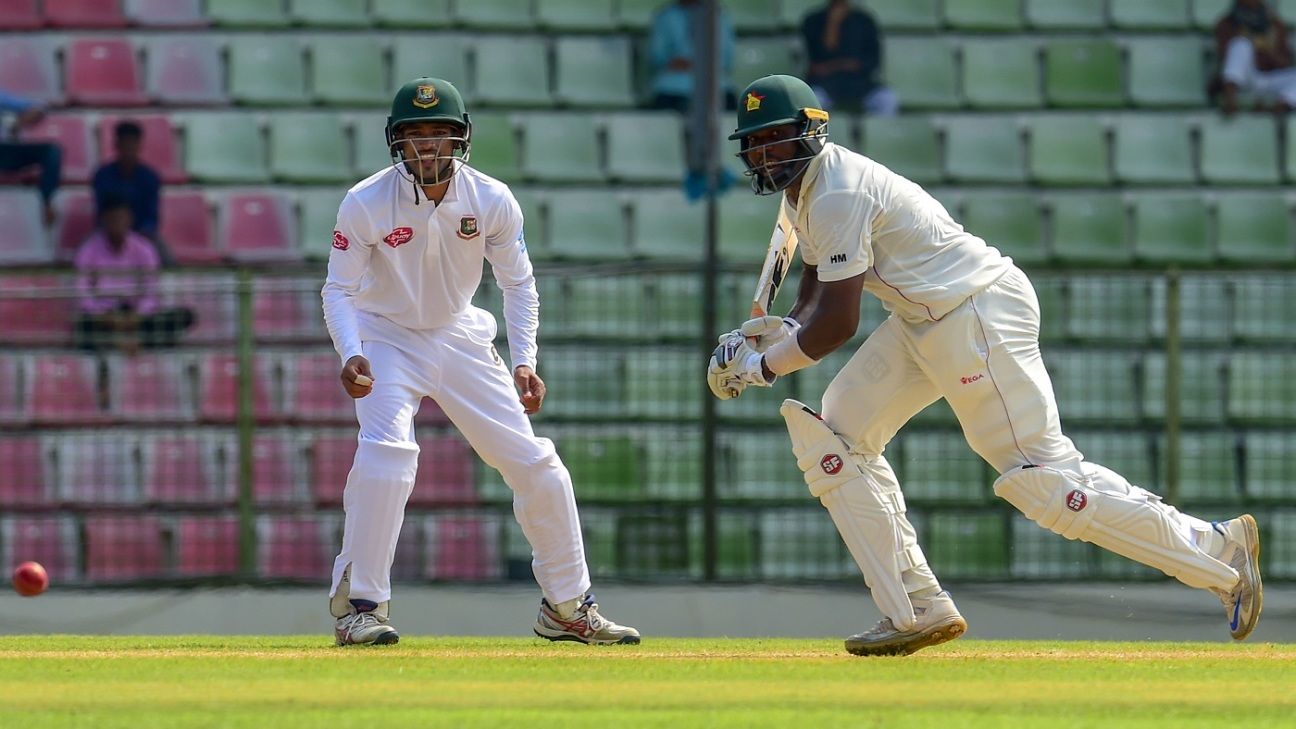 The confidence of doing well in conditions where better teams have struggled is Zimbabwe’s biggest gain in Bangladesh, according to Hamilton Masakadza, their captain. In the second Test, Zimbabwe fought back after conceding a 218-run deficit but pushed the game into the second session on the final day. They eventually lost the Test with the series finishing 1-1.

In the last three years, South Africa, England, Australia and Sri Lanka have struggled in Mirpur, England and Australia were famously defeated by Bangladesh for the first time in Tests.

“I think the biggest thing for us is the way the guys played in both Tests, just showed us what we can do as a team,” Masakadza said. “It will give us a lot of confidence going forward. Having been in battles like this really hardens you, and you come out the better for it on the other side. That’s the biggest lesson and the biggest positive for us.

“We came and showed what we can do in foreign condition, conditions that have been really hard for pretty much everyone around the world. We came and really competed and took the game to Bangladesh. So that’s really positive and big for us.”

Masakadza credited Brendan Taylor for becoming the first Zimbabwean to score hundreds in each innings of a Test twice, and Kyle Jarvis for bowling consistently throughout the tour. In Sylhet, it was the spin trio of Sikandar Raza, Brandon Mavuta and Wellington Masakadza who kept the home side under pressure.

“A world-class performance from a world-class player there in Brendan Taylor in this game. He really showed the way of how to bat in these conditions. That was really impressive from him, the way he batted in both innings.

“Kyle Jarvis also bowled really well. Even in Sylhet, Tendai Chatara. The seamers have got us wickets early in every game, and the spinners came into it in the first match with Brandon [Mavuta], my brother [Wellington Masakadza] and Sikander [Raza] bowling really well,” he said.

Masakadza however rued giving away the advantage on the fourth morning when they reduced Bangladesh to 25 for 4 in the first hour.

“If we had managed to build on that four wickets, we might have managed to keep them down to something sort of 320-350 which we would definitely have fancied our chances of getting.

“That wicket didn’t really deteriorate or misbehave as much as we expected it to, or as much as it normally does. If we had managed to get a few more after they were four down, we could have had them under pressure.”

But for all the gains made in the two Tests, Masakadza said that fewer matches in the near future wasn’t “ideal” for the team. It is likely that their only international cricket in the next six months is a Test in India, likely to be held in March.

“I haven’t really had a look, but I think we only have one series between now and the next six months, and that’s some games against India. That’s the only thing that’s on the radar.

“I know the board is trying to organise some more games for us, but I don’t know how far along that has gone. That will be the next challenge for us. It’s not ideal to be waiting this long before play, but we have to take that as it is.”