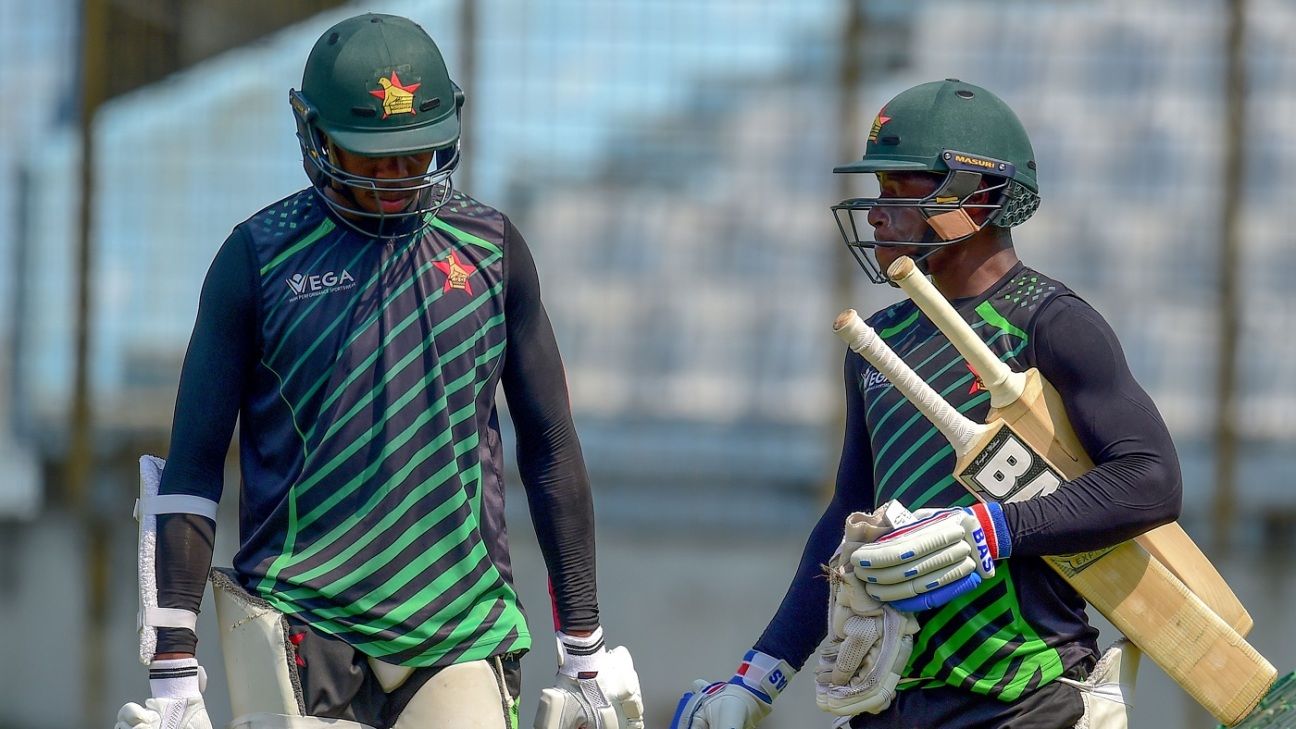 Zimbabwe have been suspended from the ICC with immediate effect. ICC funding to Zimbabwe Cricket has been frozen, and representative teams from Zimbabwe will not be allowed to participate in any ICC events while under suspension, making Zimbabwe’s participation in the T20 World Cup Qualifier in October highly unlikely.

After several rounds of meetings in London this week, the ICC Board unanimously decided that Zimbabwe Cricket was in breach of Article 2.4 (c) and (d) of the ICC Constitution, and that the actions of the Sports and Recreation Commission (SRC) in suspending the board in June constituted government interference in Zimbabwe Cricket’s affairs.

“We do not take the decision to suspend a Member lightly, but we must keep our sport free from political interference,” ICC Chairman Shashank Manohar said. “What has happened in Zimbabwe is a serious breach of the ICC Constitution and we cannot allow it to continue unchecked.”

ESPNcricinfo understands that a major part of the ICC’s reasoning in blocking funds to ZC was that it was concerned the money might be diverted to the Zimbabwe government instead of being utilised for the development of cricket and the players.

Zimbabwe is in the midst of an economic crisis, with inflation figures increasing exponentially and price increases at a 10-year high as government coffers empty. According to an official who attended the meetings this week, since the ICC disburses funds in US dollars to member boards, it feared that the Zimbabwean government would seize the funds and hence the extreme step of barring ZC its funding had to be taken.

Zimbabwe’s sanctioning marks the very first time a Full Member has been suspended by the ICC – although Sri Lanka were warned in 2015 by the then ICC chief executive David Richardson that they were at risk of immediate sanction for government interference in their administration. Various Associate Members are currently under suspension, including Nepal and USA.

The ICC has directed that the ZC board originally elected in mid-June be reinstated to office within three months, and progress in this respect will be considered again at the next board meeting in October. “The ICC wants cricket to continue in Zimbabwe in accordance with the ICC Constitution,” Manohar added.

At least one member of that board will not be taking up a position, however, as Ed Rainsford, the former Zimbabwe fast bowler, released a statement on Thursday through his lawyers indicating that he would decline to accept his nomination.

Representatives from both the SRC and Zimbabwe Cricket were heard by the ICC Board this week. Dave Ellman-Brown, the chairman of the SRC-appointed interim committee and a former Zimbabwe Cricket Union chief executive, was in attendance in London, and Tavengwa Mukuhlani took part in the board meeting, seemingly in his official capacity.

Mukuhlani, who has played various administrative roles in Zimbabwean cricket at provincial and national level since 2004, had been re-elected as board chairman in those June elections. But that the elections took place at all marked the start of ZC’s conflict with the SRC – officially, at least.

Since then, Zimbabwean cricket has been in lockdown – and meltdown. Mukuhlani, acting managing director Givemore Makoni, and the entire board were suspended by the SRC and ZC’s offices were literally locked, with a police detail dispatched to guard the property, “to ensure that no assets or other documents, especially of a financial nature, left the premises,” according to SRC chairman Gerald Mlotshwa.

The ICC immediately froze Zimbabwe’s funding upon the suspension of the board in June, and as a result Zimbabwe’s women were unable to take part in a scheduled tour of Ireland. The men’s team, already in the middle of their tour of Netherlands and Ireland, completed their trip and have since returned to Zimbabwe.

A member of the touring squad confirmed that players had not been paid match fees or salaries for the tour, and that “everything” has been frozen. ESPNcricinfo understands that the ICC will leave the question of player welfare to ZC while they are under suspension.