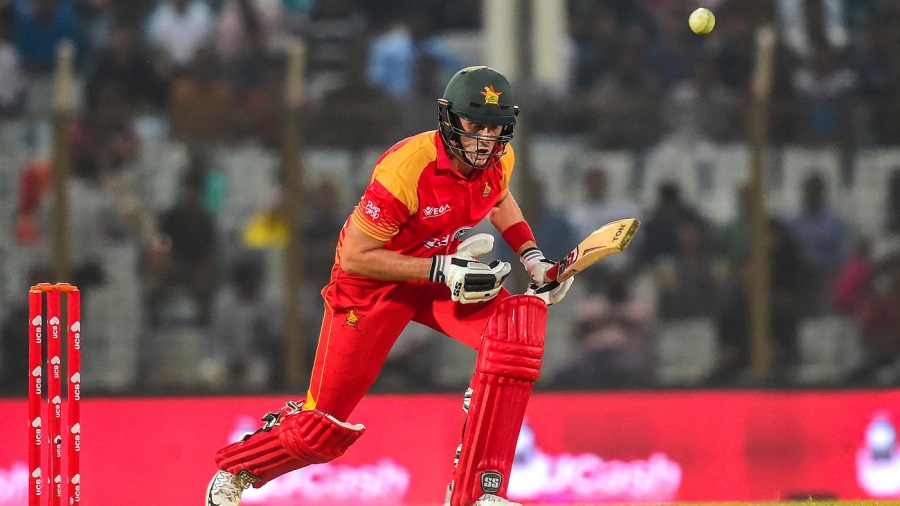 Peter Moor smashed 92* off 60 as Zimbabwe avenged their shock defeat against Singapore in the two sides’ last meeting in the Singapore Twenty20 Tri-Series 2019, beating the home team by a handy eight wickets, with eight balls to spare.

The result meant Zimbabwe finished the tournament as the team with the most points, having three wins and one defeat in their four games. Singapore, and the third team Nepal, had one win and one no result each. The tournament does not have a final, so Zimbabwe were effectively the winners, with the double round-robin league stage completed.

ALSO READ: Why Singapore beating Zimbabwe is a big deal

Put in to bat, Singapore were driven by a 90-run second-wicket stand between opener Surendran Chandramohan (66 off 47) and Tim David (47 off 23). There were no big contributions either side of that partnership, but it was enough to carry Singapore to 167 for 7. Right-arm medium pacer Daniel Jakiel was Zimbabwe’s best bowler, with 2 for 27 in four overs.

But it wasn’t enough to trouble Zimbabwe, whose chase was helmed by Moor from the top of the order.

Singapore struck early enough, with Janak having Regis Chakabva caught in the fourth over, but just like it had in the first innings, there was a substantial second-wicket stand in the chase too. Moor got together with Tony Munyonga (44 off 33) to put on 84 in ten overs.

David completed a good all-round day by sending back Munyonga caught and bowled, but Zimbabwe followed one good stand with another. Captain Sean Williams played second fiddle as Moor blasted off, with the unbroken third-wicket partnership yielding 63 runs in just 5.3 overs, completing a comfortable win.