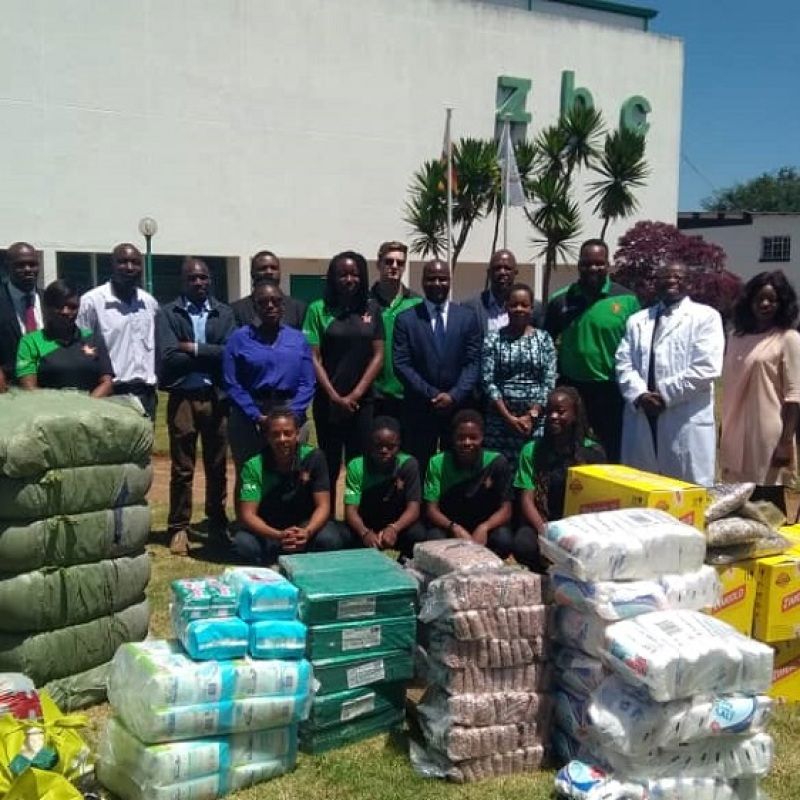 Zimbabwe’s cricketers have joined the response to the devastation of Cyclone Idai, which ravaged eastern Zimbabwe, Mozambique and Malawi last week causing widespread damage. Hundreds have been killed, with an estimated 2.6 million affected by the cyclone across the region. Zimbabwe Cricket has been one of a huge number of organisations to donate to the rescue and relief effort.

Batsman Brendan Taylor also had a personal connection to the disaster. His father Graham witnessed the aftermath of the cyclone first hand, becoming stranded in the flooded area around Beira, Mozambique’s second largest city and the place hardest hit by winds of up to 115mph/185kph, huge swells and more than 150mm of rain in the first 24 hours.

“My old man had a torrid couple of days on his way back from Beira helping my older brother out, who took some damage with his properties there,” Taylor told ESPNcricinfo. “He witnessed a lot of chaos, carnage and death. And a lot of destruction. We didn’t have signal or contact with him for 48 hours. He did a lot of walking, covered a lot of ground, and saw a lot of things you don’t want to see. It was a pretty humbling experience for him. But he’s safe. He’s fine.”

I urge all @ZimCricketv player’s to come together. We can make a huge impact to those affected! #cycloneidai

Graham Taylor described a scene where communities were “absolutely, totally obliterated”, telling the Guardian: “Any roof that was left, and old eucalyptus plantations and any cashew tree, any tree had four, five, six, seven people in it. People were trying to wade across – I think 95% of the houses were obliterated.”

Having also caused deadly flooding in Malawi, the cyclone moved inland to Zimbabwe, washing away roads and bridges, and causing landslides that destroyed entire villages in the Chimanimani area. As the army and police aqua units moved in to help those affected, ordinary Zimbabweans and local businesses also rallied and organised a response to the emergency.

“It’s been good to see the way the whole country’s come together and contributed as a whole,” Taylor said. “It’s been fantastic. I think ZC has reacted really well. And the players have been on board, so that’s great.”

National men’s captain Hamilton Masakadza said that the followers of cricket in the country are many, and that these followers share in moments of both joy and sorrow with the team, and hence ZC also shares in the grief of the victims of the cyclone. Women’s captain Mary-Anne Musonda wrote on Twitter: “We are all affected by Cyclone Idai. They are us, we are them.”

ZC made an official donation of blankets, clothing, cooking oil and sugar beans, among other supplies, to be sent to communities in the Eastern Highlands affected by the cyclone, which has been described as possibly the worst weather-related disaster ever to hit the southern hemisphere.

“It is a call that us as Zimbabwe Cricket feel demands every institution to play its part in ensuring the [country’s] president’s call for assistance is fulfilled, hence our small gesture towards supporting victims of Cyclone Idai,” ZC chairman Tavengwa Mukhuhlani said.

Sikandar Raza donated his entire match fee and winning bonus from the domestic Twenty20 final won by his team Matabeleland Tuskers to the effort. “The cyclone has definitely hit Zimbabwe, Malawi and Mozambique quite badly,” Raza told ESPNcricinfo. “But what it’s also done is brought all the communities together.”

“It was hectic last week,” Peter Moor said. “But what was amazing was how the whole Zimbabwean community just came together. On my way home from training I drive past Nazareth House and Highlands Presbyterian Church and these places, and they were just ram-packed with people. Volunteers helping out, food packs, blankets, everything. And it was very special to see how, despite everybody’s political differences and what have you, and even different economic backgrounds, everyone was just helping out and it was really special.”

We are all affected by Cyclone Idai. They are us, we are them. @ZimCricketv Lady Chevrons this afternoon showed up at the Highlands Presbyterian Church to help out with packing provisions going to our family in Chimanimani/Mutare. #CycloneIdai #LadyChevrons #Zimbabwe pic.twitter.com/noP7rTTgNS