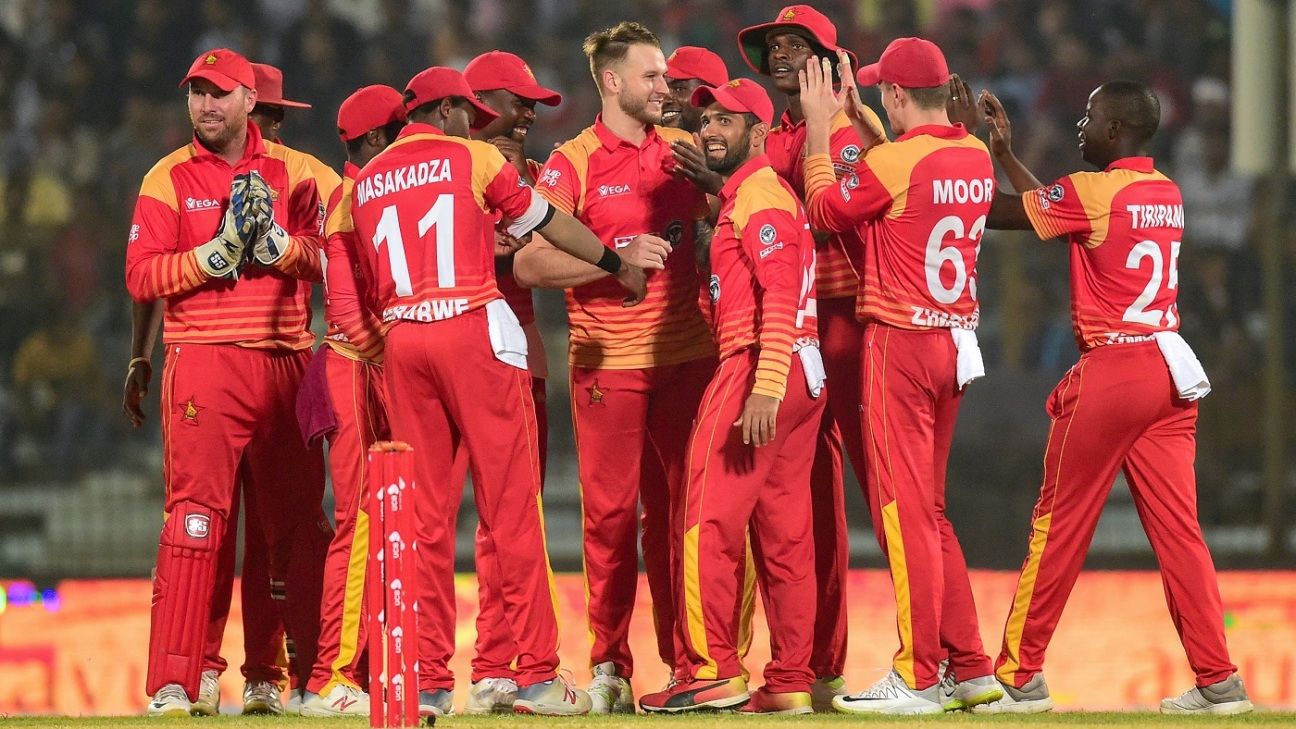 Zimbabwe have been reinstated as a member of the ICC, three months after being suspended for government interference in its board. The sanction on Zimbabwe was lifted at the ICC’s October board meeting on Monday, between the governing body’s chairman Shashank Manohar, chief executive Manu Sawhney, Zimbabwe Cricket (ZC) chairman Tavengwa Mukuhlani, Zimbabwe Sports Minister Kirsty Coventry and Gerald Mlotshwa, the Chairman of the Sports and Recreation Commission (SRC).

Following the meeting, it was decided that ZC had “unconditionally complied” with the conditions laid down by the ICC in July.

Nepal have also been reinstated as ICC members, although on a conditional basis. They were suspended in 2016 for breach of ICC regulations that prohibit government interference while also requiring ‘free and fair elections’. Following the election of a 17-member Central Working Committee for the Cricket Association of Nepal earlier this month, the ICC readmitted the Nepalese board. A transition plan for Nepal’s full reinstatement will now be developed.

“Given the progress made in Nepal,” Manohar said, “a transition plan will now be developed for the Cricket Association of Nepal to support full compliance with Associate Membership criteria, which will also involve controlled funding.”

ZC will be breathing a sigh of relief that their own period out in the cold was not as protracted as Nepal’s. Both countries’ suspensions meant they were cut off from ICC funding, and Zimbabwe’s case threatened to cripple the game as it battles to operate in a country in the midst of steep economic decline. Funds will now be drip-fed to ZC as per the agreement reached in July 2018.

From a playing perspective, Zimbabwe’s men’s and women’s teams will be able to compete in ICC events again, though the lifting of the suspension has come too late for them to feature in the T20 World Cup qualifiers. The women’s qualifying tournament had been held in August, while the men’s equivalent is due to start on October 18. However, Zimbabwe’s Under-19 team will be able to participate in the men’s age-group World Cup in January next year and the men’s ODI team will join the Super League from 2020, in order to challenge for a place at the 2023 World Cup. They will be without Hamilton Masakadza and Solomon Mire, who both retired while the team was suspended.

During that period, it seemed likely that cricket in Zimbabwe would stay on its knees, following several years of crises, both financial and administrative. The straw that broke the ICC’s back came when the SRC, a government parastatal, suspended the ZC board chaired by Mukuhlani, and replaced it with an interim committee. The ICC asked ZC to reinstate the Mukuhlani board and provide evidence that there was no government interference in the running of the board if they wanted the suspension reconsidered. Mukuhlani’s board was reinstated on August 8 and members from ZC have been in communication with the ICC since.

In particular, Zimbabwe’s sports minister, the Olympic swimming champion Coventry, was instrumental in assuring the ICC that ZC was ready to be reinstated. “I would like to thank the Zimbabwe Sports Minister for her commitment to the reinstatement of Zimbabwe Cricket. Her desire to work in support of Zimbabwe Cricket was clear and she has unconditionally complied with the conditions set down by the ICC Board,” Manohar said. “Funding to Zimbabwe Cricket will continue to be on a controlled basis as part of a collective effort behind getting the game in Zimbabwe back on an even keel.”

Zimbabwe’s next fixtures are yet to be confirmed. They were due to host West Indies later this month but the tour was postponed because Zimbabwe were expected to be playing at the T20 World Cup qualifiers. New dates have yet to be agreed.