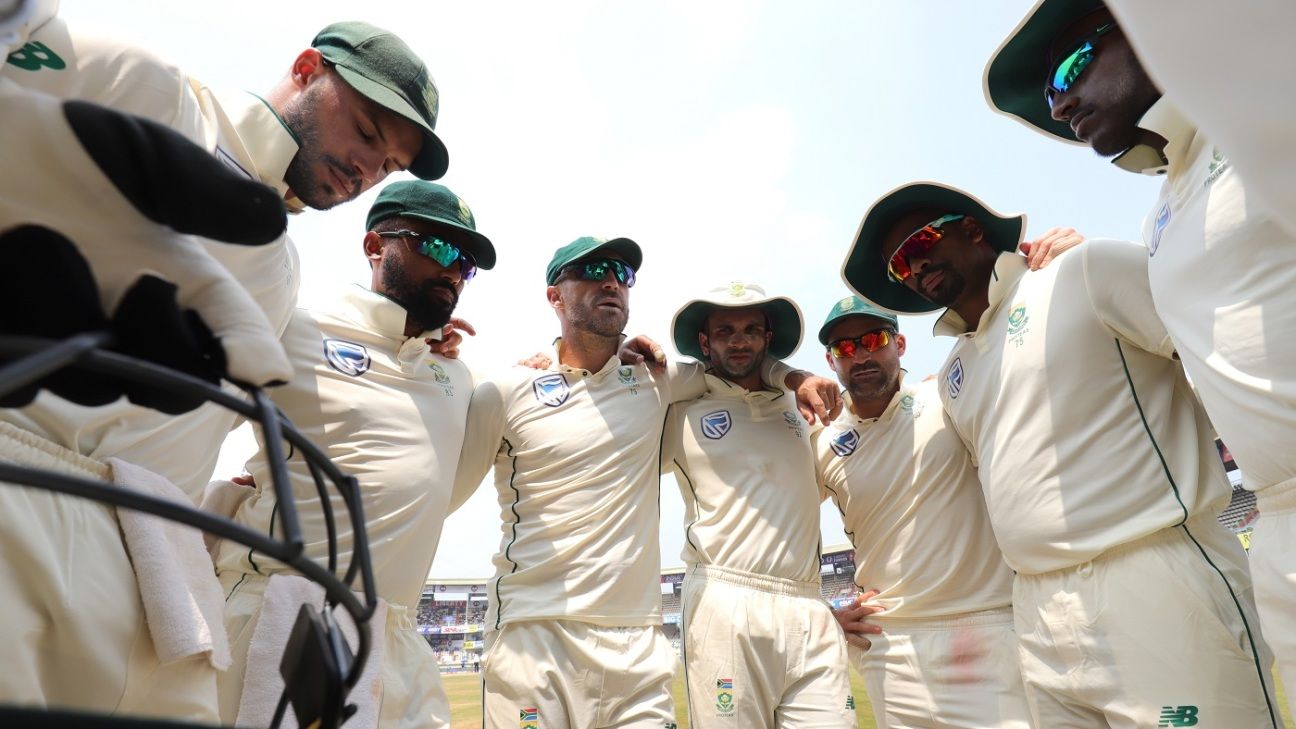 Whatever happens on the final day of the Vizag Test, there is one thing South Africa will not be complaining about. The pitch.

After the raging turners of 2015, which saw only one of the three non-rain affected Tests go into a fourth day, the visitors have been pleasantly surprised with the surface so far and as a result, are hopeful they can add to their history of hard-fought draws.

“The last time we came here, the wickets were a lot worse,” Vernon Philander said at the press conference. “But you can still bat on there. Their batters showed it today. Guys have to get in. Hopefully two guys can get in and can get big hundreds for us.”

While there is ample evidence of uneven bounce and further deterioration, which will bring India’s spinners into play, Philander’s optimism is not entirely deluded (or it may be PR nonsense). South Africa, and in particular their captain Faf du Plessis, thrive in this kind of scrap. They batted out 148 overs to draw the 2012 Test in Adelaide, 136 overs to share spoils with India at the Wanderers in 2013 and 111 to deny Sri Lanka victory in Colombo in 2014. At Vizag, they ‘only’ need to last 98 overs.

Recently retired Hashim Amla, who is now an analyst for the broadcaster SuperSport, said he had “strong belief” that South Africa could hold out, provided they approach it in the right way. Amla’s broad-brush advice was to have the common goal of surviving 98 overs but to leave it up to individual batsmen to decide how they would go about it.

When asked what he would do personally, Amla said, “I would try and block every ball dead.” He did just that five years ago at the SSC, absorbing 171 balls for 25 runs to ensure a 1-0 series victory. Amla said strike rotation did not even come into consideration because all he sought to do was “minimise the risk of getting out”. He added that even someone like AB de Villiers, who has “every shot in the book,” went into a super-defensive bubble when trying to play for the draw but also acknowledged that not all players would be able to maintain such stoicism.

Though Dean Elgar has been dismissed, Amla used the opener as an example for how South Africa’s batsmen should approach the final day’s play tomorrow. “He might hit one or two over the top, to get a man sent back and then there are not so many fielders in his space,” Amla said, indicating how the score could still tick over even when accumulating runs was not the primary objective.

“I would try and block every ball dead”

Quinton de Kock is a player who may look to be more aggressive than Amla may like but that could work to his, and South Africa’s advantage. So too, could the team composition. South Africa bat competently all the way to No.11, where Kagiso Rabada has proven he is no bunny. That, however, may be the only benefit of leaving wicket-takers like Lungi Ngidi and Anrich Nortje on the bench and South Africa will still have to address whether they went into this Test with their best XI, considering how Dane Piedt and Senuran Muthusamy have struggled to make an impact.

Philander defended his team-mates, saying South Africa were simply outplayed by quality batsmen. “The seamers have only taken four wickets for both teams. You can say it this way or that way but I think three spinners was the right call to have made. They have played our spinners really well and credit to them.”