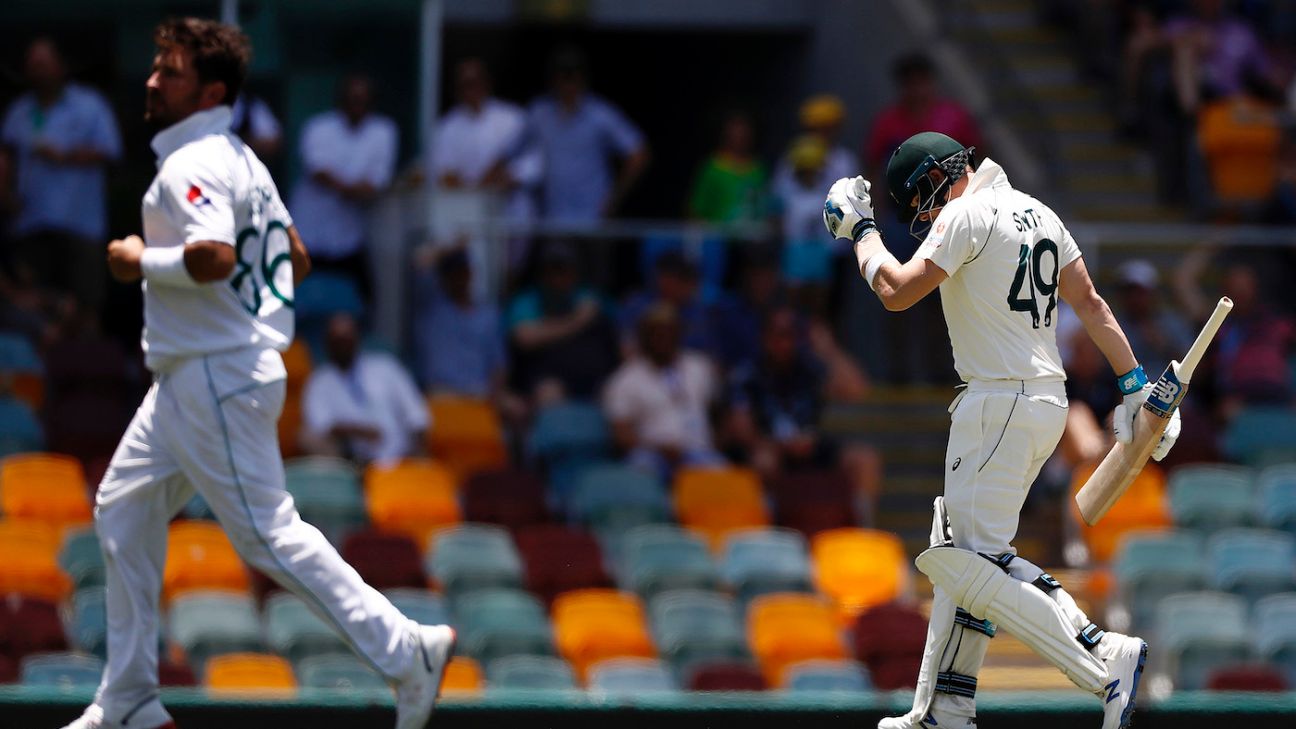 Yasir Shah may have just “woken up the best.” This is the general sense in the Australian camp after his haughty celebration following Steven Smith‘s dismissal for the seventh time in last week’s first Test in Brisbane.

It’s fair to say that Smith was perhaps not at his most focused when he entered the fray, after David Warner, Joe Burns and Marnus Labuschagne had already taken Australia well past Pakistan’s first innings.

But he will be very much more so in Adelaide, admitting that Yasir’s gesture had undoubtedly raised his competitive ire. The Australians flew into Adelaide on Tuesday and were followed a couple hours later by the visitors, who must win in Australia for the first time since 1995 if they wish to square the series.

“I am motivated, particularly after he put his fingers up … that he got me seven times,” Smith said in Adelaide. “A couple of the boys were in the sheds just after that and said ‘he’s just woken up the beast’ or something like that. We’re in for a battle next week. I’m not going to be giving away my wicket very easily this time.

Though the record looks impressive for Yasir, several of these dismissals came in scenarios when quick runs were sought to further Australia’s advantage. “A few of those times I was slogging to set up a game or second innings he got me out slogging trying to do something once or twice too,” Smith said. “A couple of I guess you’d call them cheap wickets in a way, but he’s got me a couple of conventional times as well.

“I thought he bowled really well at the Gabba last week. He got good drift and a little bit of spin when it was on offer. I’m not overly worried about him but playing with a bit more discipline this week and hopefully will score some runs.

“I spoke to JL in the morning [before batting] and I was like ‘how should I go about this, should I just take it on’. He said ‘just go out and entertain them, do what you want’,” Smith said. “It was probably a bit more casual than if I’d come in at 2 for 20. I probably would have been a bit more cautious and got into my innings a bit more rather than playing a somewhat reckless shot. But we live and we learn and we go again.

Yasir had less success against Labuschagne, who contributed the sort of big, spinal first innings hundred that Smith has made into his trademark. Comparisons have been made as to the quirky nature of both Smith and his eager pupil, though the older man was not shy to draw a distinction.

“He’s been getting a lot of starts since sort of getting into the side. He’s got a lot of 60s and 70s. The challenge for him is to turn them into 180 like he did last week. If he’s doing that consistently, he’s going to be a very, very good player in all forms of the game.”