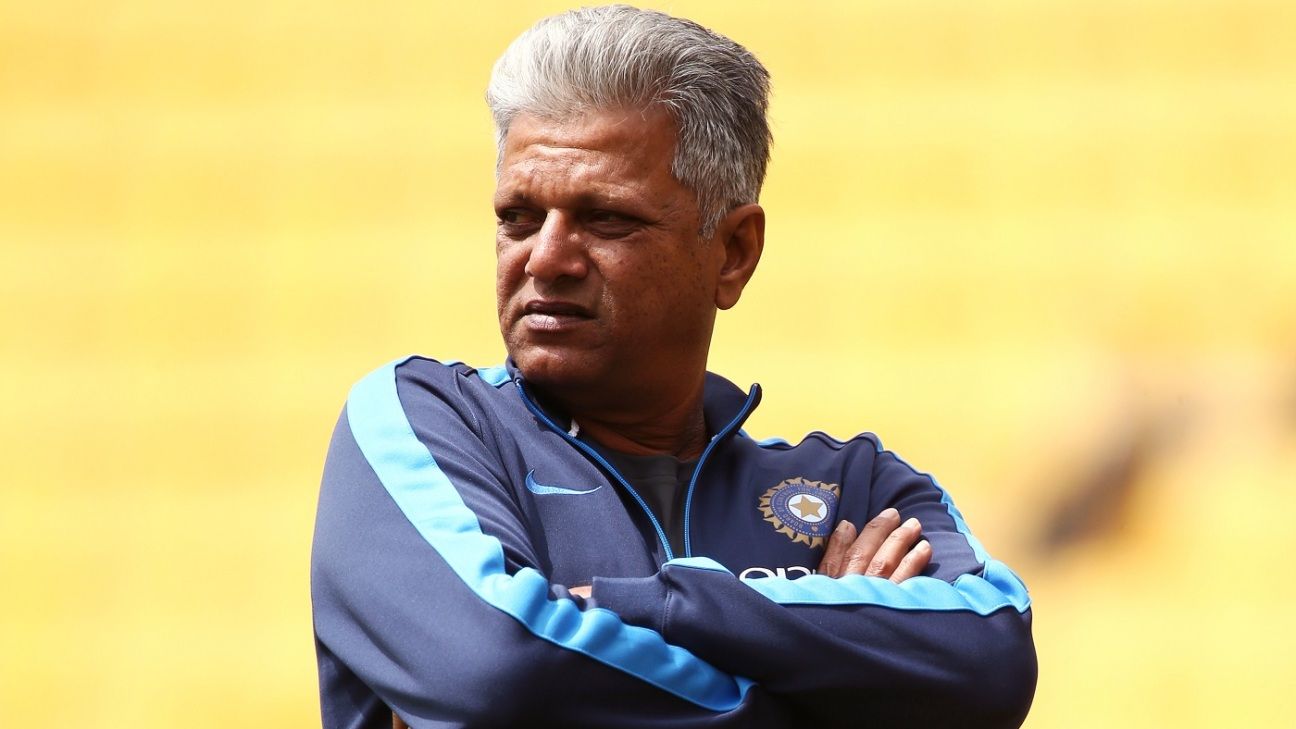 WV Raman, India women’s head coach, has questioned the technical acumen of up-and-coming players entering the national side. Raman’s appraisal of the young talent being blooded in, comes in the wake of India’s last-over choke in the third T20I against England, where they failed to score three off six balls, consequently suffering their second straight 3-0 T20I whitewash since Raman’s appointment as head coach.

“Basically, first they need to work a lot on their skills,” Raman said in response to whether having a mental-conditioning coach in the support staff would enable India to handle nerves better in tight finishes.

“Once the development in terms of skills happen, then all other things come into play because tactically everybody is aware of what needs to be done, but tactics cannot be executed unless the technical base is good enough.”

India’s failure to earn the win: “The way we batted in last two-three overs [cost us the game].. They had Mithali at the other end. It would have been sensible to take a single. She has enough experience to take us over the line. So, definitely, we will have a word with the youngsters.

Her maiden stint as India captain: “After the first match I was nervous, I had to throw that out of my system and I had to concentrate on what I can do better for the team. The last two matches I thought I was in a better headspace to lead the team. Today our bowlers did brilliantly well. It is just the skill part and mental part that cost us the match.

On Saturday, after Smriti Mandhana chopped on for 58 with India needing 33 off 42 balls, the No. 4 Mithali Raj – in the absence of designated T20I captain Harmanpreet Kaur – took charge of the 120 chase. Raj pinched four fours in her enterprising 30-ball 32, but didn’t face a single ball in the last over as India’s most experienced batsman found herself stuck at the non-striker’s end.

First, it was Bharati Fulmali, who chewed up 13 balls for her five runs, and faced three dot balls in the last over before holing out. Then Anuja Patil, otherwise known for her street-smart allrounder skills, went for an extravagant heave on her first ball, only to be stumped, before Tammy Beaumont at point kept Shikha Pandey’s cut off the last ball only to a single to help England snatch an unlikely victory.

“We had a chat about what is she comfortable doing and what suits the side as well,” Raman said of Raj’s batting position, three-and-a-half months after her exclusion from the World T20 semi-final became a full-blown controversy.

“Since Harman was not here, we needed someone with experience in the middle order. That’s the reason she stuck to her slot of four. Quite obviously, she also needs to be backed up by others. Unfortunately, that kind of support didn’t come. It’s all a case of what a specific player can bring to the table and how it suits the team’s needs. That’s how things will happen.”

Emphasising the dearth of technically sound young players in the domestic ranks, Raman said having a premier T20 tournament in place to expose inexperienced players to high-pressure situations is secondary to focusing on honing the skills of the rookies getting a run on the international circuit.

“There again, playing matches [in a domestic T20 league involving overseas players] is one part of the equation,” Raman said. “The other part of the equation is that the student taking an exam. Extremely well prepared, he is hoping to walk into the exam hall absolutely confident. But equate it to the skills part of it, if they are really good they develop the skills then it doesn’t really matter.

“As of now, I would rather concentrate on developing the skill. We do have quite a few plans in place and hopefully, over the next few months a lot of things towards development can happen.”

In the same vein, Raman rejected the notion that simulating match situations in the nets can do any good to a team, or is possible, just as he underlined that the thin resources available at their disposal from the domestic pool of talent is not adequate to form A sides.

“[I] welcome the suggestions as to how to simulate pressure situations,” Raman said. “It is well and good to have ideas. But the point is where does it meet the practicality of things? That’s where we need to concentrate on. What is the kind of talent pool you have to have an A side, Under-23 side? We need to look at all those things.

“So it might be the case of same players more or less playing in all the teams. There again, as much as we can think a lot of ways of making them play under different situations, against different oppositions. We need to first prepare them.”

Although India’s losing streak in T20Is – seven games since the defeat against England in the World T20 semi-final – currently stands at their longest ever, in Raman’s view all doesn’t look despondent for them. This, despite India being hammered 3-0 by hosts New Zealand in a three-match T20I series last month after India won the ODI leg 2-1, the trend of defeat across the two formats tellingly playing out in the same manner in India’s home series against England.

“They have been playing good cricket,” Raman said, “but in T20 what you need is smart cricket under pressure. This is a young side, will learn along the way. Even though the scoreline says 3-0, not playing as well as we could, yet it was not a total washout in terms of the way we lost it. That’s heartening.

“Overall, the bowlers have done a fantastic job [in the ODI and T20I series combined]. Spinners, and even the fast bowlers in the ODIs, not that the fast bowlers were bad here, except one phase here and there.

“Then the girls have fielded really well. It’s just that the newcomers getting a little bit of experience to know what to do under a little bit of pressure and challenge. Once that improves, I think it will be a very good situation for us in the future. So I’m not totally either sulking or mourning about it. From here on, the only way is up. That’s the way I’d look at it.”