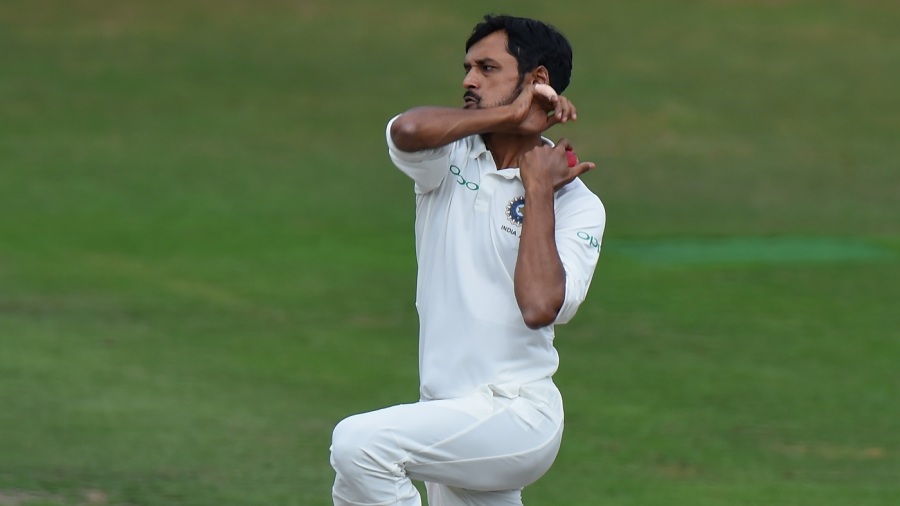 Nadeem took 5 for 62 in the first innings and followed it up with 5 for 47 in the second, to end with match figures of 10 for 109. It was Nadeem’s fifth haul of ten wickets in a match, and he has now taken five in an innings 18 times in 107 first-class matches.

Saha, who had been sidelined from the long format for over a year because of a spate of injuries, walked in to bat when India A were 134 for 4, 94 runs behind West Indies A’s first-innings 228. He rallied the innings with 66 off 167 balls, batting for 207 minutes at a venue where he had contributed handsomely to the senior side’s victory in 2016. Saha had followed his 40 off 88 balls with seven dismissals behind the stumps then.

In this game, Saha effected five dismissals to go with his half-century, and made his case to be the first-choice keeper for the senior team ahead of Rishabh Pant, who enjoyed a breakout tour of Australia in 2018-19. After fingerspinners Jomel Warrican and Rahkeem Cornwall made inroads for West Indies A, Saha put on 124 for the sixth wicket with Mumbai allrounder Shivam Dube – the highest partnership in the game. Saha and Dube who polished off India’s chase of 97 before lunch on day four.

After opting to bat, West Indies A slid to 97 for 5, but fifties from Jermaine Blackwood and Cornwall propped up the hosts. Blackwood, who usually scores at a brisk clip even in the long format, ground out 53 off 116 balls while Cornwall made 59 off 100 balls. However, Blackwood’s dismissal triggered another collapse as West Indies A went from 195 for 5 to 228 all out. Nadeem wheeled away for 22 overs in the first innings, doing most of the damage.

In response, India A had a good start with Priyank Panchal and Abhimanyu Easwaran adding 61 for the first wicket. Warrican and Cornwall then accounted for both the openers and Shubman Gill to bring their team back into the game. KS Bharat, who is also on the radar of the national selectors, was dismissed for a golden duck.

Saha and Dube, though, revived the innings and handed India A an 84-run first-innings lead. By the time West Indies A wiped out the deficit, they were two down and middle order, too, folded against Nadeem and Mohammed Siraj. Captain Shamarh Brooks top-scored with 53 off 124 balls, but found little support from the other end as they were bowled out for 180. Barring Brooks, only opener Montcin Hodge passed 25 in West Indies A’s second innings.

Warrican and Cornwall once again made early inroads for the hosts, but Easwaran, Vihari and Bharat made small contributions to move India A close to their target before Saha and Dube wrapped up the chase with six wickets to spare.