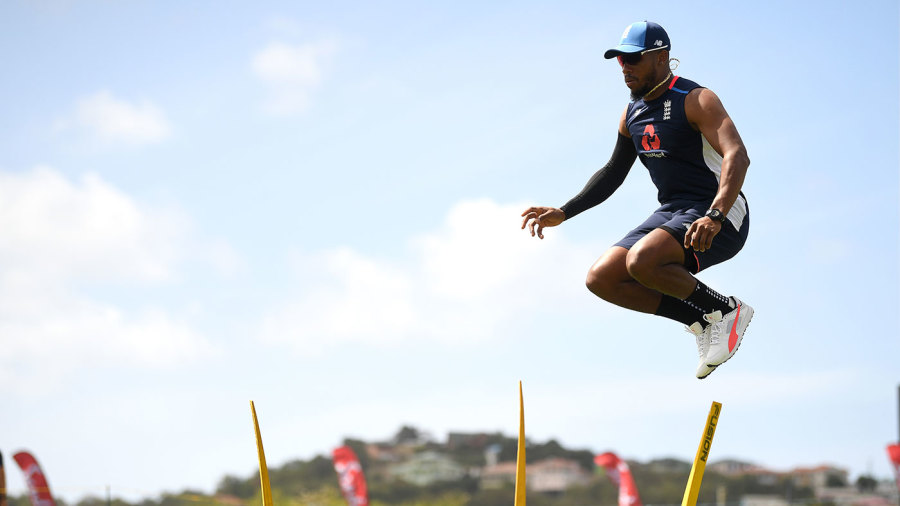 Like the credits at the end of a Hollywood blockbuster, the outro music will be blaring in St Lucia but most people are probably ready to leave their seats after six weeks of intense entertainment on England’s tour of the Caribbean. Nevertheless, for those too stuffed with popcorn to gather their belongings in a hurry, it’s worth hanging around to the bitter end, to see what bonus entertainment the producers have got up their sleeves.

It’s an incongruous way to finish an already elongated tour, especially at this particular juncture of the international cycle. In case anyone has failed to notice, there’s a 50-over World Cup looming large on the horizon, and with the next T20 World Cup not due to take place until late 2020, there’s frankly next to nothing that either side can learn from the coming three contests. Least of all England, who hardly need a shortened format to encourage them that all-guns-blazing is the only way to go.

World Cup fine-tuning is, therefore, the only sensible use of the next few days. West Indies want to take that to literal levels with the make-up of their squad for the three games, which – as reported by ESPNcricinfo – is set to be captained by Jason Holder (who hasn’t featured in the format for nigh on two years). It may leave the T20 incumbent, Carlos Brathwaite a touch non-plussed, but it makes sense to retain the united squad vibe that has carried Holder’s men to a Test series win and a hugely creditable share of the ODI spoils against the No. 1-ranked team.

England, by contrast, have taken the alternative route. Three of their star names – Jos Buttler, Ben Stokes and Moeen Ali – have been rested ahead of this month’s IPL, while another, Jason Roy, has flown home to attend the birth of his first child. And while Liam Plunkett remains in the Caribbean, injury looks set to rule him out too. .

So it’s over to the fringe players to make one last bid for World Cup recognition. The likes of Sam Billings and Dawid Malan, David Willey and Chris Jordan, not to mention the Curran brothers – Tom, whose solitary delivery in the fifth ODI on Saturday was drilled down the ground for a matchwinning four, and Sam, who might value the outings more than anyone ahead of his £800,000 IPL baptism for Kings XI Punjab, having been brought into the squad in place of Moeen last week.

All in all, though, there’s not a whole lot at stake in these three games – unless, of course, you factor in the egos of an England team that arrived in the Caribbean in January expected to pick up a host of trophies, and now face returning home empty handed. And West Indies, of course – as the reigning World T20 champions – rather fancy this format at the best of times. With Holder at the helm, they’ve been a force to be reckoned with all tour long.

You’d think Joe Root would be a bit bored of proving a point, having come through a tough run of form in the Test series with a gutsy century in the final Test, and having even (ludicrously) had his ODI credentials questioned at times in the past 12 months. But in T20 cricket, he’s a bit of an anomaly – arguably too old-school nurdle for the hyper-power era – and as such he’s in danger of being left behind in the format, only three years after his pivotal role in England’s last World T20 campaign. His stint in the BBL this winter was not a success – 93 runs and a top score of 26 in seven games – and in a bid to reassert himself, he turned down the chance to take a break from this leg of the tour.

It’s been a whirlwind six weeks for Jamaica’s John Campbell – Test and ODI debuts in quick succession, and walk-on parts in some notable wins in both. But, with the final push for World Cup places hotting up, his impending T20 debut offers another chance to make the big push for selection that, for all his promise, he hasn’t quite made in his innings to date. It’s not easy, obviously, when the Universe Boss is making the game look ridiculously easy at the other end.

There was a slight hiatus in West Indies’ squad announcement … it seems that not every board member had been entirely enamoured with the idea of focussing on the World Cup build-up. But Holder will lead the side as planned. But a penny for Andre Russell‘s thoughts. West Indies’ big gun was flown halfway round the world from his Pakistan Super League stint with Multan Sultans to make himself available for the final two ODI matches, but appears to have picked up a knee injury that will surely jeopardise his place in that World Cup squad.

A raft of key absentees will change the dynamic of England’s team. Jonny Bairstow might expect to take the gloves in Buttler’s absence (a role he hasn’t performed in white-ball cricket for two years now) which could result in him moving down the order for Billings or Malan to open alongside Alex Hales. Joe Denly, Man of the Match in England’s last T20 in Sri Lanka, is an obvious stand-in for Moeen in the lower-middle order. Mark Wood is expected to be rested from at least one of these contests – after a relatively heavy workload, there’s no time like the presence – so Willey may get his first outing of the year, with Jordan taking over from Chris Woakes with the new ball.

The pitch for the ODI proved to be spring-loaded, to West Indies’ delight and England’s chagrin. The bounce was as true as the ground’s reputation had made it out to be, but it just kept getting too big for a succession of hard-hitting England batsmen. And the good news for West Indies is that the same track is expected to be recycled for this contest. The good news for England, in theory, is that they’ll get another chance to come to terms with scoring on it.