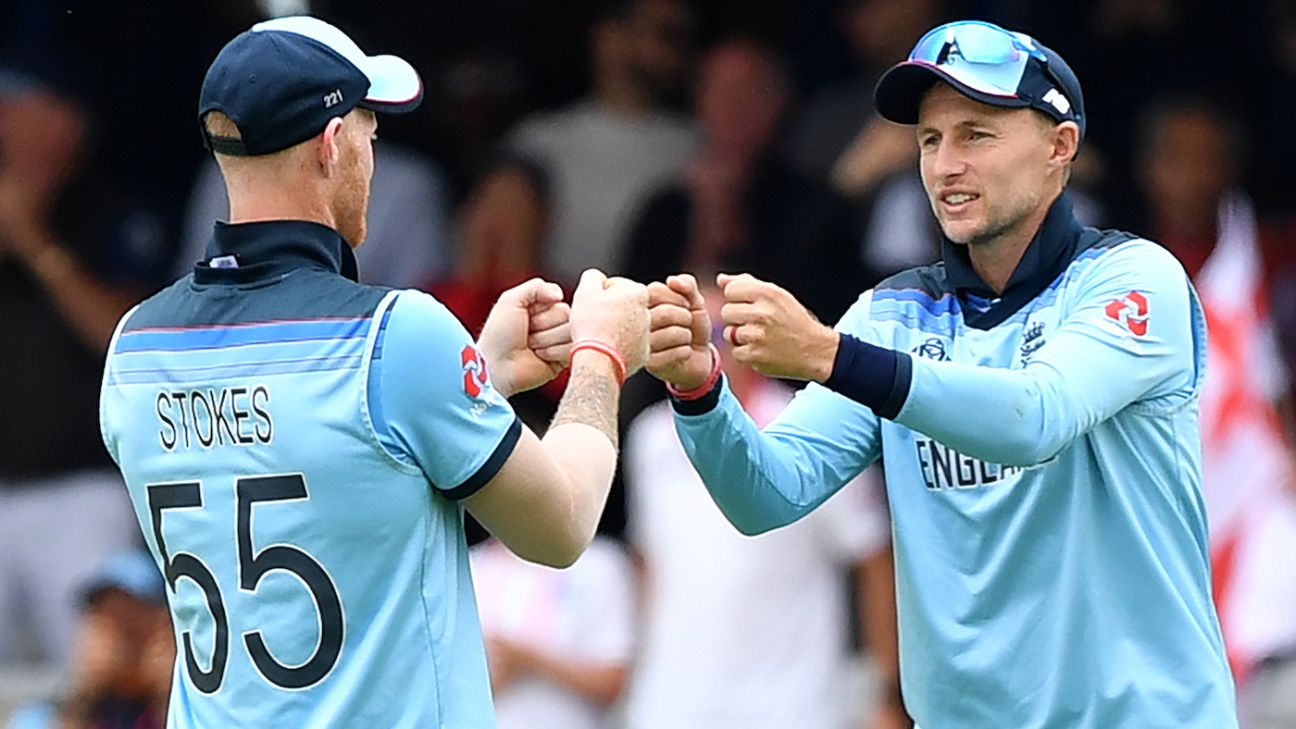 You might be forgiven for thinking that, in the aftermath of their success in the World Cup, England’s players may have a chance to put their feet up for a few days.

But such is the unforgiving nature of the international schedule, many of those players involved at Lord’s on Sunday will be required to report to an Ashes training camp this weekend. England’s first Test of the summer, against Ireland, starts soon afterwards on July 24.

While all players likely to participate in the Ashes will be expected at St George’s Park – the FA’s national football centre; an ironic location given Ashley Giles’ aversion to cricketers playing the sport – it seems several are likely to be rested from the Ireland squad that follows it.

In particular, the fast bowlers who featured in the World Cup campaign – Mark Wood and Jofra Archer – will be allowed to miss the game. Chris Woakes and Ben Stokes are likely to be rested, too, while England are not expected to risk James Anderson who is recovering from a torn calf muscle.

All of them are understood to be carrying niggles of one sort or another and, with five Ashes Tests to follow in seven weeks, the team management are keen to avoid risking more serious injury. Archer may have to wait until the second Ashes Test, at Lord’s, to make a Test debut that now seems inevitable.

That will bring opportunity for other players. Stuart Broad is expected to lead the attack against Ireland with Sam Curran also set to return to the side. Jason Roy is likely to be named as one of the opening batsmen, but only if he is passed fit – he has been struggling with a hamstring problem for several weeks.

Rory Burns is set to be Roy’s opening partner, while Joe Denly may well keep his place at No. 3. Joe Root has confirmed he will play, but a decision has yet to be made on Jonny Bairstow’s and Jos Buttler’s involvement. Bairstow, in particular, seemed weary on Monday meaning Ben Foakes – who batted at No.3 for the Lions against the Australians in Canterbury today – could yet be recalled to keep wicket.

Although the somewhat makeshift nature of the England squad may lead to some suggestions that they are taking the Ireland Test lightly, the team management are keen to learn the lessons of previous mistakes.

In 2013, for example, England went straight into their Ashes warm-up plans – and, specifically, a game against Essex – after a defeat in the ICC Champions Trophy final. As a result, the players did not have time to recover physically or emotionally from both their exertions and their disappointment. At least one of them, Jonathan Trott has suggested in the past that the seeds of that side’s decline was sown from that moment.

Trott is now is now a scout providing information for the England selectors. ESPNcricinfo has learned that fellow former top-order England Test batsman Nick Compton has also been added to the scouting panel with a view to providing expert analysis on players.

England’s squad for the Test against Ireland is likely to be named on Wednesday afternoon.