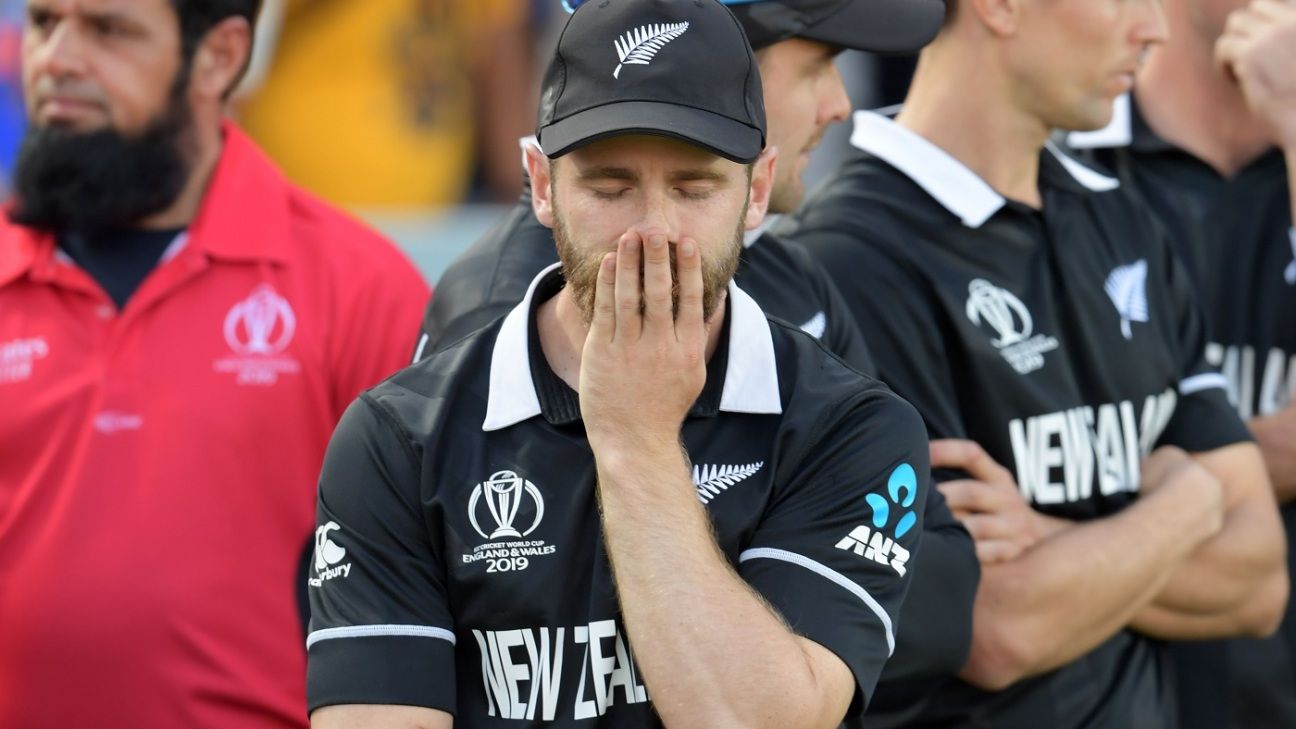 Kane Williamson feels that deciding the result of the World Cup final on boundary countback was “not really cricket”.

New Zealand and England could not be separated after a Super Over ended in a tie, but England were awarded the game – and the World Cup trophy – on the basis of a boundary countback. They had hit 26 boundaries to New Zealand’s 17.

While Williamson, the New Zealand captain, accepts “those rules were already in place” before the tournament started, he admits losing in such fashion was “hard to take”.

He has also suggested the full implications of using boundary countback as an eliminator may not have been adequately considered. As a result, he says it is no real surprise that the ICC has decided to abolish the method. In future, Super Overs will be repeated until one team has more runs than the other.

“I genuinely think that no-one ever thought that was going to happen and it did,” Williamson said from Mount Maunganui. “At times, you think about how some of those decisions are made; probably sitting in a room a little like this and throwing a few ideas around. That’s all I can imagine. And then for it to actually happen is a pretty scary thing.

“I guess it highlighted something and it will probably never happen again. It’s not really cricket and I think both teams appreciated that. It was hard to take. But at the same time those rules were already in place.

“It was a fantastic game to be a part of and a really competitive match. I think everyone has played hundreds of games of cricket and never had one decided quite like that. It is what it is and they were the rules at the time. What you sign up for. But, yeah, it’s no surprise that it’s changed.”

Despite the disappointment, it is clear there is no animosity between the New Zealand and England teams. Williamson and the England Test captain, Joe Root, forged a mutually respectful relationship while playing together for Yorkshire, while England’s limited-overs captain, Eoin Morgan, has never made any secret of his admiration for the way in which Brendon McCullum’s side played their cricket. Morgan’s World Cup-winning side was, by and large, built on a template McCullum’s side showcased when reaching the 2015 World Cup final.

“Culturally, socially, there are a lot of similarities between the Kiwis and the English,” Williamson said. “If you go back to people who go to uni and do their two-year visa over there, it’s a common thing. People travel and spend a lot of time with the English. A number of guys have played county and franchise cricket. A few friendships have been built through that.

“When Joe was around at Yorkshire, we would chew the fat and discuss cricket. I’d ask ‘How do I become as good as you, Joe?’ and try to pick his brains. I loved my time over in county cricket. The social part and the environment is similar. It’s a brilliant place to learn your game.

“At the same time, they are really competitive matches and the guys enjoy playing against England.”