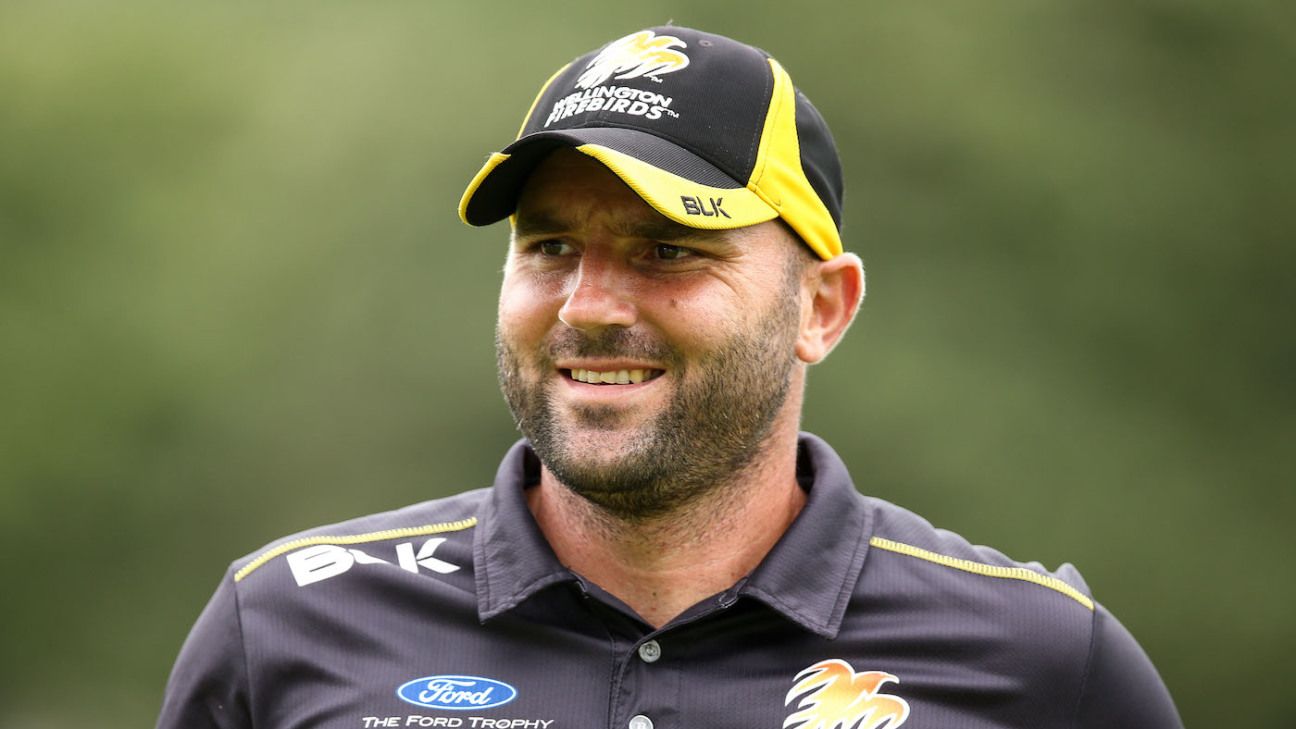 Wellington and New Zealand allrounder Luke Woodcock will retire from cricket at the end of the ongoing season. Woodcock, 36, played four ODIs and three T20Is for New Zealand from 2010 to 2011 and is currently playing the Plunket Shield. He told his Wellington team-mates about his retirement decision after their match against Otago on Tuesday, a release said.

“It just feels right at this stage to move on,” Woodcock said. “You always get told that you’ll know when things are coming to an end and in all honesty, I never really believed that. But over the last six to nine months things have started to kick in around that final stage of my career and the decision not to play in the Ford Trophy this year was probably a sign it was time to call it a day.”

Woodcock made his international debut in a T20I against Pakistan in Hamilton and played only two more matches but didn’t get to bat in any of those. He did, however, pick one wicket in T20Is. He played four ODIs in all and ended with 14 runs and three wickets in those.

His domestic career was much more celebrated. Woodcock made his Wellington debut at the age of 19 in 2001 and racked up 10,594 runs and 339 wickets in 384 appearances for them across formats. In November 2017, he broke the record for most first-class appearances for one team by any player in New Zealand when he played his 128th first-class match for Wellington. With them, he won the four-day State Championship in 2004, the Ford Trophy in 2014 and two T20 trophies in 2015 and 2017.

He also played over 100 matches for Wellington in each of the three formats. “To reach 100 games in all three formats is pretty special and won’t probably sink in until the season’s done, but I’m really proud of being able to do that for Wellington,” he said. “Cricket Wellington means a lot to me and has been a big part of my life for the last 17 years and I can’t thank them and the Johnsonville Cricket Club enough for helping me have the career that I’ve had.”

Wellington head coach Bruce Edgar said Woodcock had been a “great giver to other people”.

“Woody’s impact on cricket in Wellington has been felt at local level all the way through to the Firebirds,” Edgar said. “He’s always been committed and passionate to play club cricket and be part of the community and he has represented our values strongly.

“He’s been a great giver to other people, not just himself, a lot of players have really looked up to him as a person and as a player, so he’s really epitomised everything we stand for.”

Woodcock said he’ll miss the banter, among other things.

“Winning four-day matches is extremely difficult so it’s a pretty satisfying winning those. I’ll miss the banter too – I’ve copped a bit and given a bit in my time!”

His final appearance will be against Canterbury starting Sunday at the Basin Reserve.