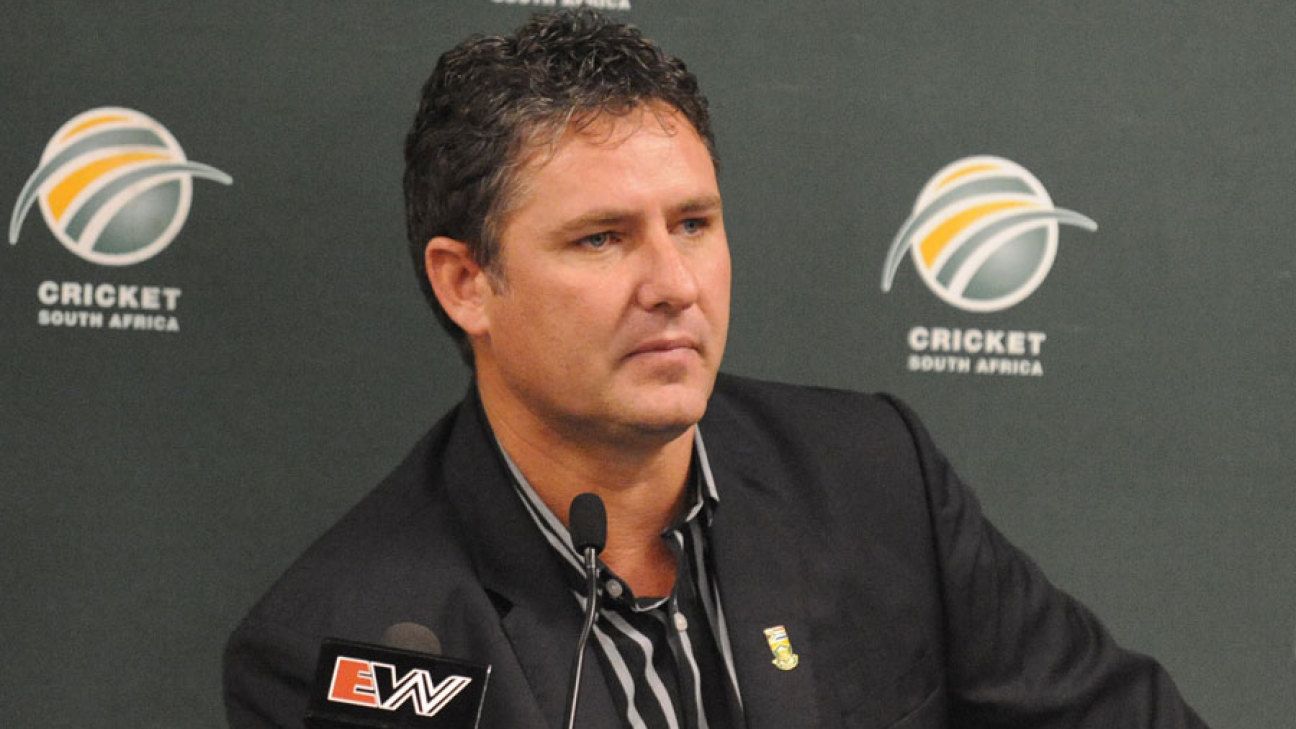 The South African Cricketers’ Association (SACA) will not engage with Cricket South Africa’s negotiating panel if it includes any members of the current board. In a statement released on Monday, three days after CSA CEO Thabang Moroe was suspended and an interim administration headed by Jacques Faul was appointed, SACA again called for the entire board to step down, although they have agreed to dealings with Faul.

“SACA has noted the appointment of Jacques Faul, as the acting chief executive, and is prepared to deal with him in good faith in order to attempt to resolve as many as possible of the current crises affecting the players. SACA will not, however, lend credibility to the Board of CSA by dealing with a ‘negotiating panel’ if this comprises any Board members,” Tony Irish, the SACA CEO, said.

“Cricket has been severely damaged by its own leadership and the game desperately needs the right people in whom the cricket stakeholders, including the players, can trust in attempting to fix as much of the damage as possible.”

SACA has two ongoing disputes with CSA: a court-case relating to the proposed restructure of the domestic system and a commercial rights issue in which players’ have been used in a fantasy cricket game, allegedly without the proper permissions. When Faul was appointed in an acting capacity on Saturday, CSA President Chris Nenzani identified fixing the organisation’s relationship with SACA as a “matter of urgency”.

“It is very important for us to normalise relations at that level and talk to the players so that we have a common approach and a common understanding on the way of doing things going forward. That matter is going to be attended to. This is part of engagement which CSA will be having with SACA as a matter of urgency. It is important that these two organisations, CSA and SACA, get to a point where all the issues that seem to be vexatious between us and them are handled and are dealt with in a manner that is very professional and conclusive,” Nenzani said.

The Members’ Council – made up of the 14 provincial presidents some of whom also sit on the CSA board – mandated the board to “fix this relationship with SACA,” through a negotiating panel. The members of this panel have yet to be decided but SACA has made it clear they will not have any dialogue if CSA board members are included. SACA has demanded the board be held equally responsible as Moroe for the myriad crises enveloping CSA at the moment which range from financial issues to staff suspensions.

“We are astounded that the Board of CSA which has led the organisation during a tumultuous period when all this has happened now refuses to take responsibility for the deep, deep crisis in which cricket finds itself. No one disagrees with the removal of the chief executive, but to suggest that the buck stopped with him alone, and for the Board to cling so desperately to power, is a matter for serious concern,” Irish said.

SACA claims the board were complicit in ignoring the player body’s concerns, especially as they relate to the domestic restructure. CSA’s members’ forum are advocating for the dismantling of the current six-team franchise and 14-team provincial structure and reverting to a 12-team provincial set-up thus operating with only one tier in domestic cricket. SACA argue that around 70 cricketers will lose their jobs as a result. SACA launched a court application in May this year to ask CSA to show cause for its plans to restructure the set-up, and believe it then “became incumbent on the Board to, at very least, take a good look at the risk that this presented to the organisation, and to the game, and to deal with it expeditiously. Instead, however CSA delayed the proceedings for months and its answering papers were only filed at court in November 2019.”

CSA’s court documents were submitted after SACA and CSA agreed a roadmap in August which SACA accuses CSA of not honouring. “There was a refusal to follow up on the agreement, despite several requests to do so by SACA. The president himself eventually replied to SACA some seven weeks later stating that CSA would not enter into such agreement with the players’ association, effectively scuppering any chance of resolving these issues for the players,” Irish said.

CSA did not immediately respond to ESPNcricinfo’s request for comment.