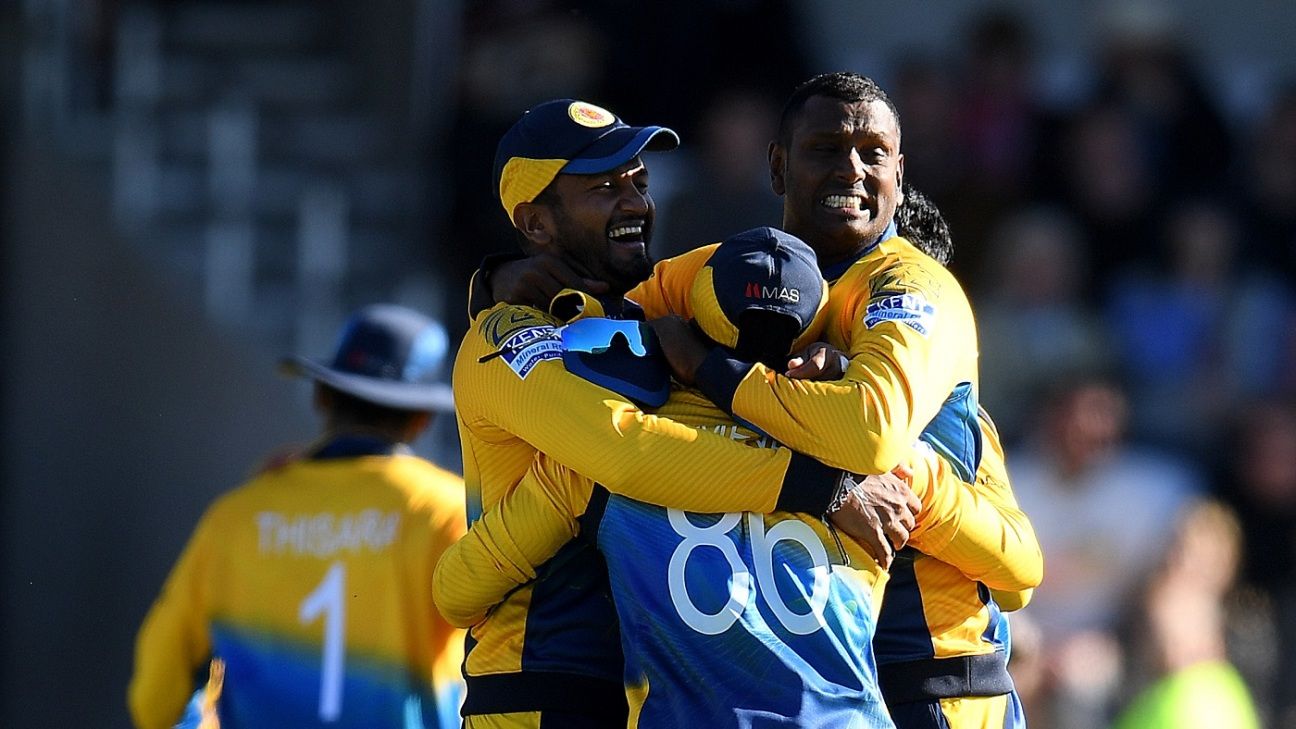 The talent is there, Sri Lanka are just missing the application. The players need to show more mental toughness in pressure situations. Sri Lanka must ensure there’s better depth of talent going forward, and give their players the confidence to play a fearless brand of cricket…

Sri Lanka’s chief selector Ashantha de Mel rolled out familiar themes without being specific, as the team returned home from the World Cup.

“Scotland is a very good, up and coming side. In fact they had beaten England and Pakistan [Pakistan have never played an ODI v Scotland] in Scotland, so in their conditions they’re a very competitive side. So it was nice to see that we managed to score in excess of 330 [322] runs against them,” de Mel said, referencing Sri Lanka’s two-match series against Scotland just prior to the World Cup.

“Then when the World Cup started we got off to a bad start with New Zealand, but of the seven [completed] games we played we won three. We beat England and West Indies as well. I don’t think it was a very successful tour, but I think winning three out of seven is almost 50%.

“And the bowlers, although they were not able to get a lot of wickets, I think they bowled reasonably well. It was just that the batting didn’t fire in the first few games to give the bowlers a chance,” he continued. “If you watched the [Australia] match you saw that we were 115 for no loss, but … we allowed Glenn Maxwell to go for just 40 [46] runs. He’s their fifth bowler, and I feel we didn’t attack him enough. Because when you’re chasing 338 [335] you can’t allow the fifth bowler to go for 40 runs because then at the end you’re going to face Starc and Cummins and trying to score at eight-nine runs an over.

“In this sense the mental attitude of the players needs to change. We must play a Sri Lankan brand of cricket. We must go there and back our talents. We must play positive cricket.”

In terms of how Sri Lanka can reach these stated goals, de Mel said they already have a very good core group of players, but that long-term planning is crucial for their talents to bear fruit.

“When you look at our present batch of players, Dimuth [Karunaratne] can play another World Cup, Avishka Fernando, Kusal Janith [Perera], Kusal Mendis, even [Lahiru] Thirimanne, I think they can play. Angelo Mathews, if he stays fit, he can also play another World Cup. So I don’t see too many problems in the age make-up of this squad.

“I personally feel that the batting, one to six, there’s some stability. Maybe we may bring in one or two people, such as [Niroshan] Dickwella who is in form, or Shehan Jayasuriya who is also in the runs. But other than that, I think the top six, we’re quite set and we want to build around that. From the fast bowling side we’ve had some injuries, but with them now recovering and coming back into the fold, we might be able to add some of those guys too. Spinners also we’ll have to look and see, because guys like Akila [Dananjaya] and [Lakshan] Sandakan are knocking on the door.”

“But at the same time, we expect to bring in more young players into the squad. What we have to ensure is that there is good competition among the first team players and the fringe players. What we’ve told the players is to go and play without fear, without worrying about your position for the next game.”

Captain Karunaratne and head coach Chandika Hathurusingha were also at the press briefing. While Karunaratne’s leadership at the World Cup left both Hathurusingha and de Mel impressed, neither captain nor coach is guaranteed to continue in their roles. Hathurusingha is only half way through a well-remunerated 36-month contract, which runs down on December 31, 2020, but his role has remained tenuous of late.

When asked about his future, Hathurusingha said: “I expect to see out the remainder of my contract.”

De Mel was initially brought in as head of the selection committee up until the end of the World Cup. At this point it is unclear if he will be asked to continue in the role.

All three are likely to still be in place for Sri Lanka’s next two assignments – home series against Bangladesh and New Zealand.