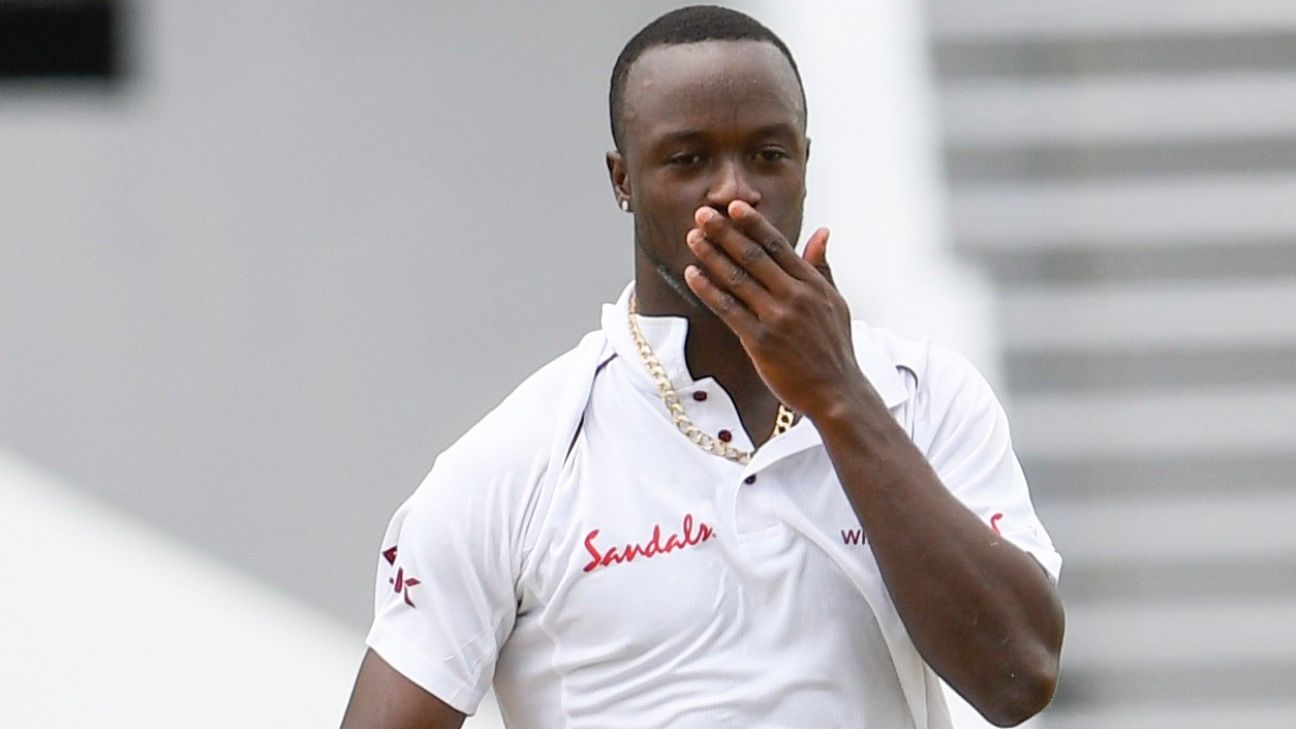 West Indies remain hopeful Kemar Roach will be available for their World Cup campaign despite him being forced out of the ODI series against England.

Roach, who carried a heavy workload in the Test series victory over England, reported back pain in the last few days. He was subsequently sent for a scan that showed a stress reaction in the back. Cricket West Indies (CWI) are adamant it is not a stress fracture.

Roach was man of the series in the Test victory over England. He bowled more overs (96.5) than any of his colleagues, however, and with Keemo Paul suffering an injury in St Lucia, he may have been asked to deliver more overs than was ideal in that final game.

With 80 ODIs behind him, Roach is one of the more experienced seamers in West Indies’ likely World Cup squad and his loss would be significant. West Indies currently have no plans to call-up a replacement into the ODI squad, though it remains likely that Andre Russell will be added to it before the series ends.

If Roach is to play any part in the World Cup campaign, it is likely he will have to play some part in West Indies’ tour of Ireland in early May which sees them play in a tri-series also involving Bangladesh. He is currently scheduled to travel on the tour in the hope he can prove his match fitness during it. West Indies also have three unofficial warm-up matches ahead of the World Cup.

There could be an unusual look to that West Indies squad. CWI are happy for any of their players involved in the IPL to take a full part in the tournament, so the Ireland tour may provide opportunities for fringe players, including those who have impressed on an A tour to Kenya that is likely to precede it.