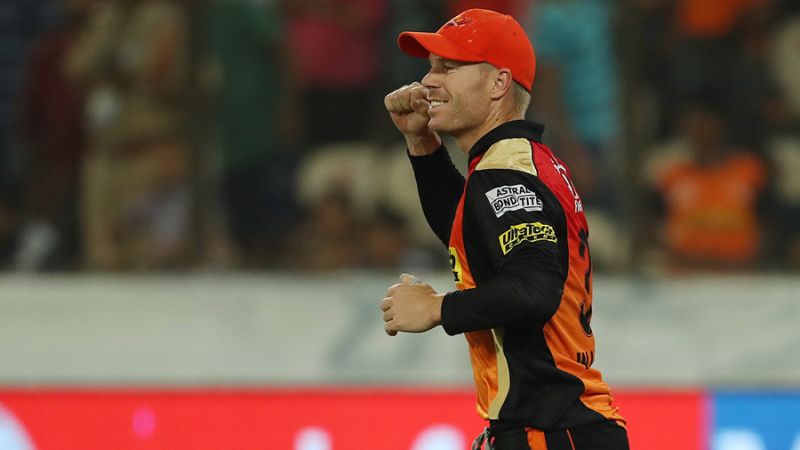 Despite David Warner‘s availability for Sunrisers Hyderabad this season, the former IPL-winning captain will not lead the franchise in 2019. Kane Williamson – who led Sunrisers to the runner-up position last year – will continue to captain the side even though there are question marks on his fitness after he sustained a shoulder injury last week during New Zealand’s Test series against Bangladesh. Bhuvneshwar Kumar will be the vice-captain.

With his one-year ban for ball-tampering about to expire on March 29, Steven Smith has questioned the BCCI’s rationale behind banning him and David Warner from the IPL last season, as the pair gear up to make their return this season.

When the ball-tampering scandal broke, Cricket Australia banned both players from international cricket for 12 months and though it imposed no restrictions on the players participating in T20 leagues outside of Australia, the IPL governing council decided to bar them from the 2018 tournament.

“I am available from the first game so all’s good. [About last year] I don’t know about the rules. Maybe ask the BCCI, I don’t know.” Smith said during a Rajasthan Royals promotional event on Friday

“I’m in doubt for the first match, but we actually have a fairly decent break between the first and the second match,” Williamson told stuff.co.nz, “which should be more than sufficient time for my injury to heal and for me to be available for selection.”

Warner was one of three Australian players embroiled in the ball-tampering scandal nearly one year ago which, among other things, led to him and Steven Smith being banned from the 2018 IPL. While Cricket Australia had said that Warner would never hold a leadership position for the country ever again, the left-handed batsmen was captain of Sylhet Sixers in the recently concluded Bangladesh Premier League.

Despite his absence last year, Warner has been an integral part of the Sunrisers set-up. “Warner didn’t leave the Whatsapp group despite not playing last year,” Yusuf Pathan said. “Even though he wasn’t with the team, he was with the team. We lost, we won, irrespective he has been in touch and he discusses team ideas and dissect individual performances.”

Warner led Sunrisers to their maiden IPL title in 2016, and is the only IPL batsman to score 500 runs or more in four consecutive seasons. His first game against Kolkata Knight Riders on Sunday, comes six days before the Cricket Australia imposed ban comes to an end.