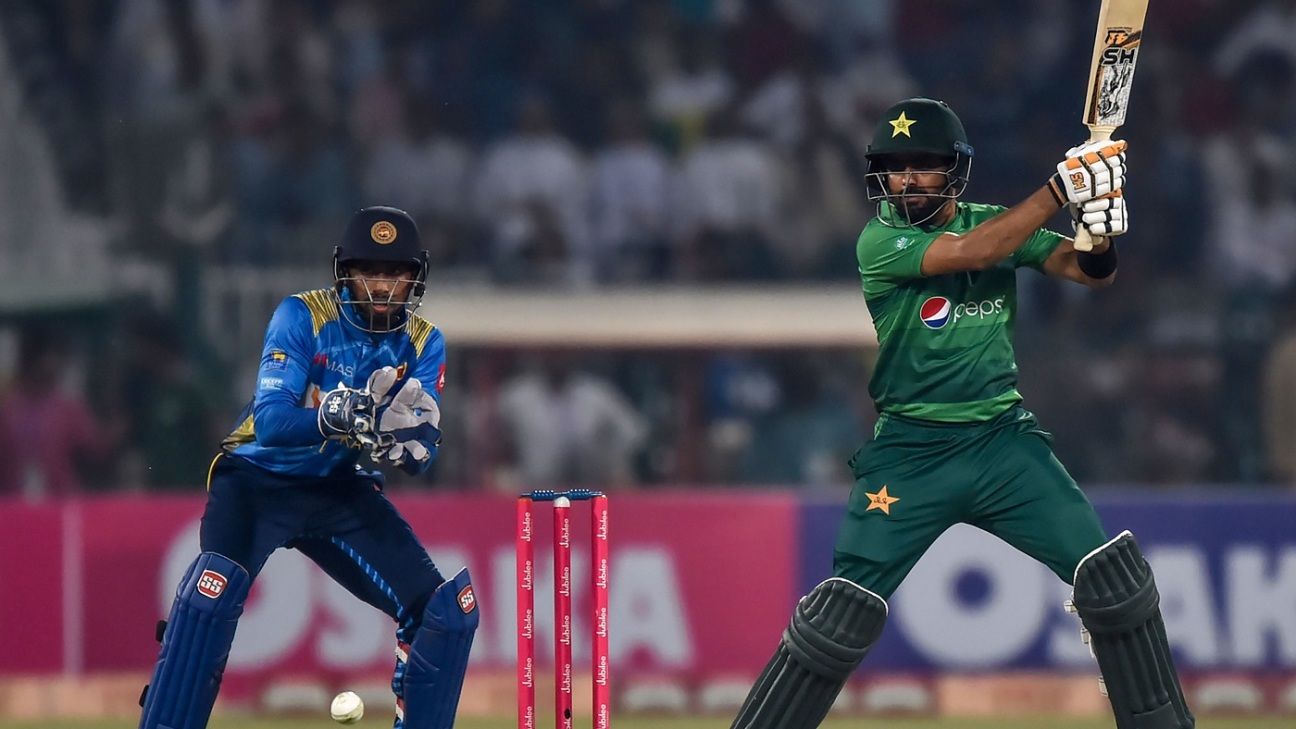 Newly appointed Pakistan T20 captain Babar Azam dismissed concerns that captaincy would add unwelcome pressure on his young shoulders, and said he was confident of being able to handle the challenge. On the eve of the team’s departure for Australia in what will be the first tour of the post the Sarfaraz Ahmed era, Babar said Pakistan wouldn’t play the kind of cricket they had in Lahore against Sri Lanka. The focus, he promised, would be on aggressive, positive cricket, which the 24-year old believed was his side’s best chance to overcome Australia.

“People judged in three matches [against Sri Lanka] that my performance suffered because I was vice-captain,” Babar said. “That’s not how it works. In the game of cricket, you have ups and downs, and that was a poor series for us, no question. I give 120% for the team in every single match, and I don’t see why there would be any added pressure on me just because I’m captain. I’ll continue to play as I always have, and I’m sure the performances will come.

“Moreover, I’m not just thinking I’ll be happy to play regardless of the results. I’m looking to get a performance out of my team, as well as my individual performances. I look at current captains like Kane Williamson and Virat Kohli, and how well they manage their own form along with bringing results to the team. I’ll try to emulate them.”

Babar also confirmed he would continue to open the batting in the T20Is, also revealing he wished to see a policy that allowed out-of-form players to get extended runs so as not to have the spectre of demotion hanging above their heads. It was a vote of confidence for Fakhar Zaman, who has had a difficult time of late, especially in the T20I format, where he last scored over 25 in an innings in July 2018.

“There are players in our team who have continued to perform. I don’t think they should be kicked out of the side just because they haven’t been able to hit those heights for four or five games. We should back them. If you look at Fakhar Zaman’s innings in the T20 Cup against my side [he scored an unbeaten 82 off 54 to help KP beat Central Punjab by 7 wickets], you can see he’s beginning to return to form. You could see the improvement in Shabab’s bowling, too.

“These guys know better than anyone they haven’t been able to deliver at the level that’s expected of them, but you can see they are returning to form. Fakhar and I will open, and Imam-ul-Haq will be the back-up opener, and I’m sure he’ll be ready to take over when necessary.”

On the day, however, Babar was more willing to strike an emotive tone rather than a pragmatic one. He began the press conference with a statement about how he first came to the Gaddafi Stadium 12 years ago as a ball-boy during South Africa’s tour of Pakistan in 2007, and how grateful he was to be sat there leading the side out to Australia as captain. Candid displays of emotion haven’t ever sat too comfortably with Pakistan cricket viewers, but Babar didn’t shy away from admitting there had been tears along the journey.

“There have been many difficult times that reduced me to tears. My late coach – may god bless him – always used to say cricket is a game that makes you cry much more often than it lets you smile. A lots happened in these 12 years, and I have learned many things along the way. But I’ve never given up, never lost hope or the belief my hard work would pay off.”

Babar may well feel he’s entitled to a smile now. If recent history is any guide, opportunities to do so in Australia have been at a premium for Pakistan.