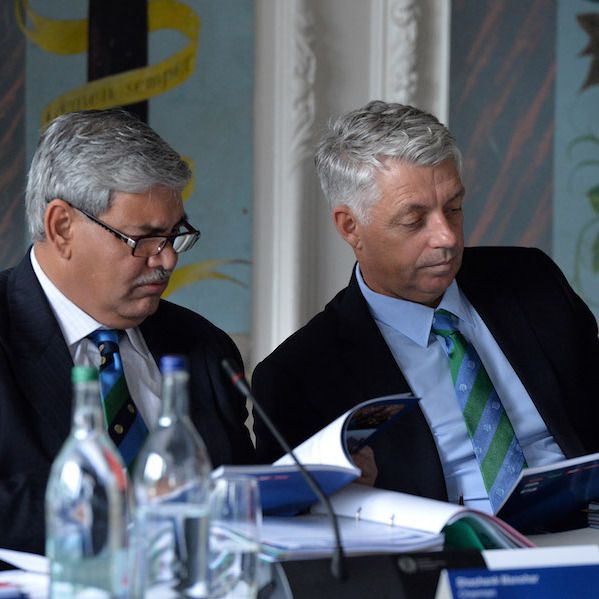 ICC chairman Shashank Manohar has said that security would always remain a “top priority” for the global governing body of the sport, and that the BCCI would be shown the security plans put in place for the World Cup during an ICC meeting in March.

Manohar’s comments came in the wake of the BCCI sending a letter to the ICC heads raising security issues at the upcoming 2019 World Cup, to be played in England and Wales, among other things.

“I have received the BCCI’s letter. Security has, and always will be, the top priority of the ICC. When the ICC (board members) meet in Dubai on March 2, we will show the BCCI all the security plans which have been put in place for the World Cup,” Manohar was quoted as saying by Times of India. “They can satisfy themselves over the arrangements for the World Cup. Every board is entitled to do that.”

ALSO READ: ‘Would personally hate to give them two points’ – Tendulkar

The letter was composed after a BCCI meeting on Friday, where the Indian board kept on hold a decision on playing Pakistan at the World Cup, but requested the ICC to ask its members to “sever ties with countries from which terrorism emanates”. “As far as other issues are concerned, I will place BCCI’s letter and the concerns expressed therein, before the ICC Board,” Manohar said.

The updates came after the BCCI had mulled the option of calling for a complete ban on Pakistan from the upcoming World Cup, via a draft letter prepared on Wednesday.

The move was in response to the recent terror attack in Pulwama in the northern Indian state of Jammu and Kashmir in which more than 40 paramilitary troops were killed. A Pakistan-based terrorist organisation has claimed responsibility for the attack, and the Indian government’s stand is that Pakistan supports terrorism in India. Imran Khan, Pakistan’s prime minister and Patron of the Pakistan Cricket Board, has denied that allegation and asked India to share actionable evidence.