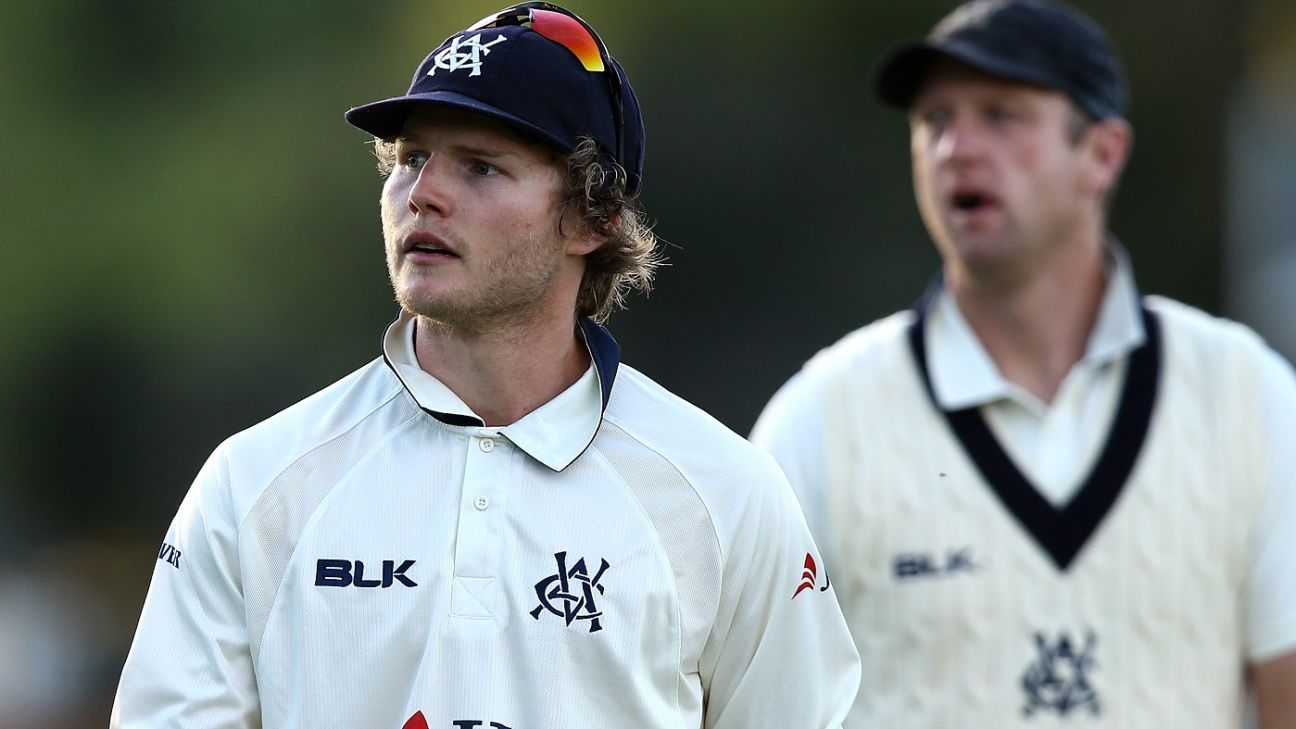 Had Will Pucovski simply played out the remainder of the Sheffield Shield season with Victoria, 2018-19 would have already been an exceptionally momentous summer for him, given its rich mixture of experiences good and bad, great and small.

As it stands, however, he is coming to terms with a year in which he compiled a monumental double century against Western Australia, stood out of the game for six weeks with mental health struggles, made a return to the fold with a refreshed outlook and coping strategies, and has now been rushed into the Australian Test squad to face Sri Lanka.

If this seems a lot to digest, then Pucovski is taking solace from the fact that in those weeks between the 243 at the WACA Ground in October and his return to make scores of 1 and 67 also against Western Australia at the MCG in December, he learned an enormous amount about himself, his mental state and the tools he needed to manage himself and his cricket in the best ways possible. At the age of 20, Pucovski has been considered a talent of note for some time; he is hopeful the rapidity of his entry into Test calculations has coincided with critical life lessons.

ALSO READ: How do Australia fix their batting before the Ashes?

“I’m feeling really good, as good as I have felt in a really long time,” Pucovski said in Melbourne. “I’ve met some people along the way who have helped me turn things around. There is probably no better time to get exciting news like I have in the last 24 hours. It’s not every day you get called up to represent your country, so it’s been a very exciting couple of days.

“Quite a bit sooner [than expected] to be honest. It’s every kid’s dream and to think in two weeks’ time there’s a chance I could be playing for your country is just amazing. You can’t even use words to describe it. It is one of those things … even the joy on your family and friends’ faces when you’ve told them or they’ve got the news, it makes you proud to make a lot of other people proud as well.

“A lot of the messages I’ve received today is you’ve got there for a reason, so just try to play your way and embrace that as much as you can. My challenge if I do get picked is to do that, and just try to bat the way I bat, prepare the way I prepare. If things work out, that’s great, but for a 20-year old, it’s just super exciting either way.”

A history of concussions had been one complicating factor for Pucovski on his journey through junior ranks into the Victoria side, but it was the spectre of mental health problems that overcame him even as he was embarking upon the innings in October that put his name clearly in the sights of a national selection panel so transparently desperate to find the next great talent as opposed to merely good ones. At first, he confided in Victoria coaches Lachlan Stevens and Andrew McDonald, before linking up with Emma Murray, the mindfulness coach so valuable to the 2017 premiership success of Richmond in the AFL.

“They’ve been amazing throughout the whole process,” Pucovski said of the batting coach Stevens and head coach McDonald. “I actually told them what had been going on in Perth, and they’ve been super supportive along the whole pathway back to cricket and then playing that Shield game. As a young man, you can’t really ask for much more than two coaches who are super supportive of you. They basically said ‘mate just sort all that stuff out and your cricket will take care of itself’.

“I met a lady called Emma Murray who has worked quite a bit with Richmond, and had a bit of attention with how they have turned things around. She has been a mentor in that space. I have added things like I am meditating every morning, which I honestly never really believed in until she got me on to it and things like that have helped me turn things around. I speak to her regularly and am seeing another woman who helps me with a few different things. Having that team together makes me feel really supported and in a good space to deal with that kind of stuff.”

Much of Murray’s work revolves around keeping athletes in the moment, and teaching them ways to return to a state of focus and concentration as quickly as possible following distractions. For Pucovski, these were valuable lessons for someone who had already shown an innate ability to score centuries – exactly what Trevor Hohns’ panel have been crying out for this summer, as they watched the Australian Test team fail to make a single score higher than 79 across four Tests against India.

ALSO READ: Will Pucovski is on the cusp of great things

By the time Pucovski returned in December, he was far better equipped to manage his own expectations and thoughts, at the same time as he returned to familiar and comfortable surroundings with Victoria. “I think it was just that knowledge that I had enough strategies in place that whatever came across from a cricketing perspective in those four days, that I’d be able to deal with it,” Pucovski said.

“That well and truly proved to me that I’m able to do that in a four-day period, and then as I said, dealing with a few things outside of cricket has really helped, and Emma has really helped me with that stuff. It’s been a really positive experience over the last couple of months.

“I’ve just always tried to bat for as long as I can. If that comes off sometimes, then that’s great and if it doesn’t, that’s part of the game. Probably just trying to take a more relaxed outlook on it has helped me especially in the last couple of years. I try and follow my process as closely as I can and hopefully the results take care of themselves. It’s one of those sports where, as an individual, you are going to fail quite a bit. Getting better at dealing with that has probably helped me quite a bit.”

Given the level of scrutiny placed on the Australian Test team in the season after the Newlands scandal, it is natural to wonder how Pucovski may cope with a spotlight that will be squarely on him over the next two weeks, whether turning out for a Cricket Australia XI against the Sri Lankans in a Hobart day-night tour game, or assembling with Tim Paine’s team in Brisbane for their final series prior to the most prestigious of all – an Ashes tour of England later this year. Asked whether there is any danger of a Test call-up clouding the work he has steadily done with Murray and others, Pucovski was optimistic.

“It comes to mind but I don’t think so,” he said. “I feel like I am in a really good space, and the people I am working with think so too. It’s one of those things where it is a day-by-day proposition for me that I have to manage. I think it is a good thing to invest time in. I feel like I have done quite a bit of work over the past few months and was able to play that Shield game and loved every minute of it. I feel like I am back in action.”

One of the favourite sayings of the selector Greg Chappell is that “talent is a bit like fruit – if you don’t pick it when it’s ripe, it goes rotten”. Both Australia’s selectors and Pucovski are earnestly hoping that the moment of his picking for Test match duty is not a moment too soon.