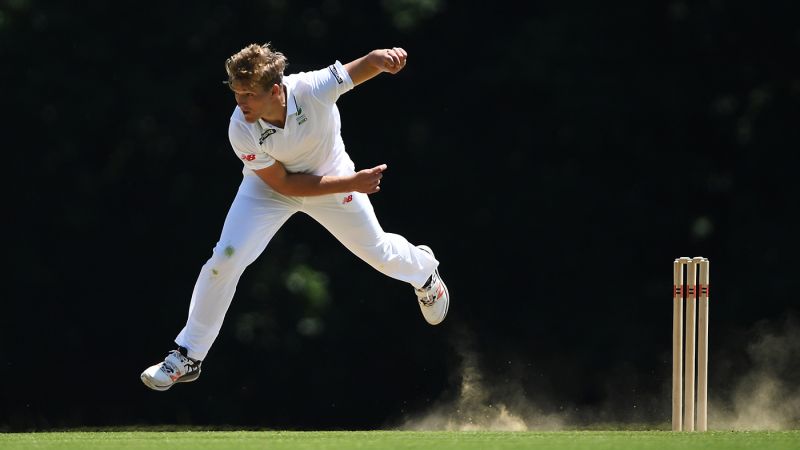 Allrounder Wiaan Mulder is in contention for a Test debut, after coach Ottis Gibson confirmed Vernon Philander, who sustained a hamstring strain in the first Test, would be unavailable for the second in Port Elizabeth.

Philander bowled only eight overs in the second innings at Kingsmead, and spent the entirety of day four – when Sri Lanka completed a stirring one-wicket win – off the field.

Mulder was in South Africa’s Test squad before being released to play List A cricket for the Highveld Lions franchise after it was confirmed that he would not be in the XI at Kingsmead. But he is now an attractive option for the game in Port Elizabeth.

Like Philander, the 21-year-old Mulder is a swing-bowling allrounder. But he potentially offers more with the bat, with a first-class average of 43.08 from 31 innings, and three hundreds.

“Mulder was in the original squad as well, and he went and played a game for Lions and he’s back now with us,” Gisbon said. “We’ll look at the conditions and the pitch and make the best decision for the team. He would be a like-for-like replacement for Vernon. So that’s something we’ll consider as well.

South Africa’s other option may be middle-order batsman Theunis de Bruyn, though going with de Bruyn will mean they will have only four frontline bowlers. Faf du Plessis had suggested before the first Test that they would like to trial a five-bowler outfit through this series.

The injury to Philander, meanwhile, means that his Test season has now concluded. With South Africa’s domestic one-day competition – Momentum Cricket – now in full swing, Philander may have the opportunity to press his case for the World Cup.

“Vernon has a grade one hamstring strain, and this is the last Test match of the summer,” Gibson said. “A grade one is 10-12 days, which rules him out of this Test match. There’s still a lot more cricket – Momentum Cricket and stuff – so I suppose that’s where he’ll play his cricket for the rest of the summer.”