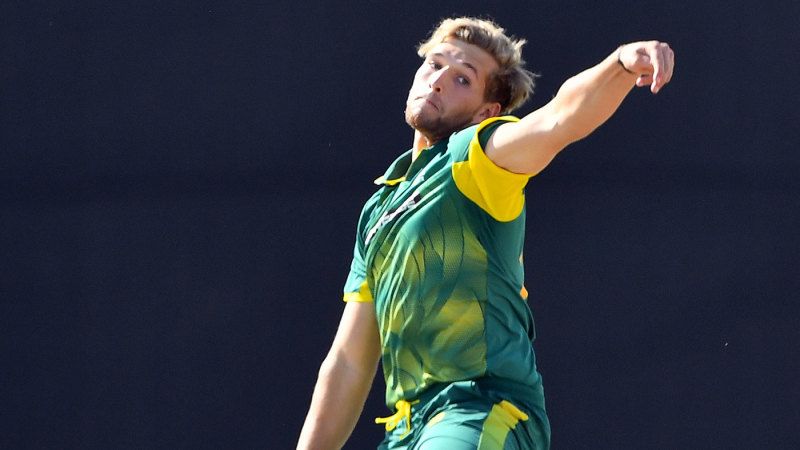 Allrounder Wiaan Mulder has been added to South Africa’s squad for the fifth and final ODI against Pakistan.

Mulder picked up an Achilles tendon injury during South Africa’s limited overs series against Zimbabwe at the end of September and only completed his rehabilitation in the new year. He returned to action for his domestic franchise Lions in the 4-Day competition in January, striking a career-best 146 against Knights last week.

Mulder, 20, has played seven ODIs with limited success, but his inclusion in the squad suggests that he is in the frame as South Africa seek to fill the vital no. 7 allrounder’s position in their one-day side ahead of the World Cup in England. He has also been named in South Africa’s T20I squad to face Pakistan, a format he is uncapped in, but faces stiff competition as allrounders Andile Phehlukwayo and Chris Morris are also part of the T20I squad.

Phehlukwayo has played in all four ODIs against Pakistan so far, his career-best efforts with bat and ball in Durban helping to secure a win. Morris, 31, was part of South Africa’s limited-overs touring party in Australia late last year, taking 2 for 12 in South Africa’s T20I win at the Carrara Oval, but hasn’t played an ODI since India’s visit in early 2018.