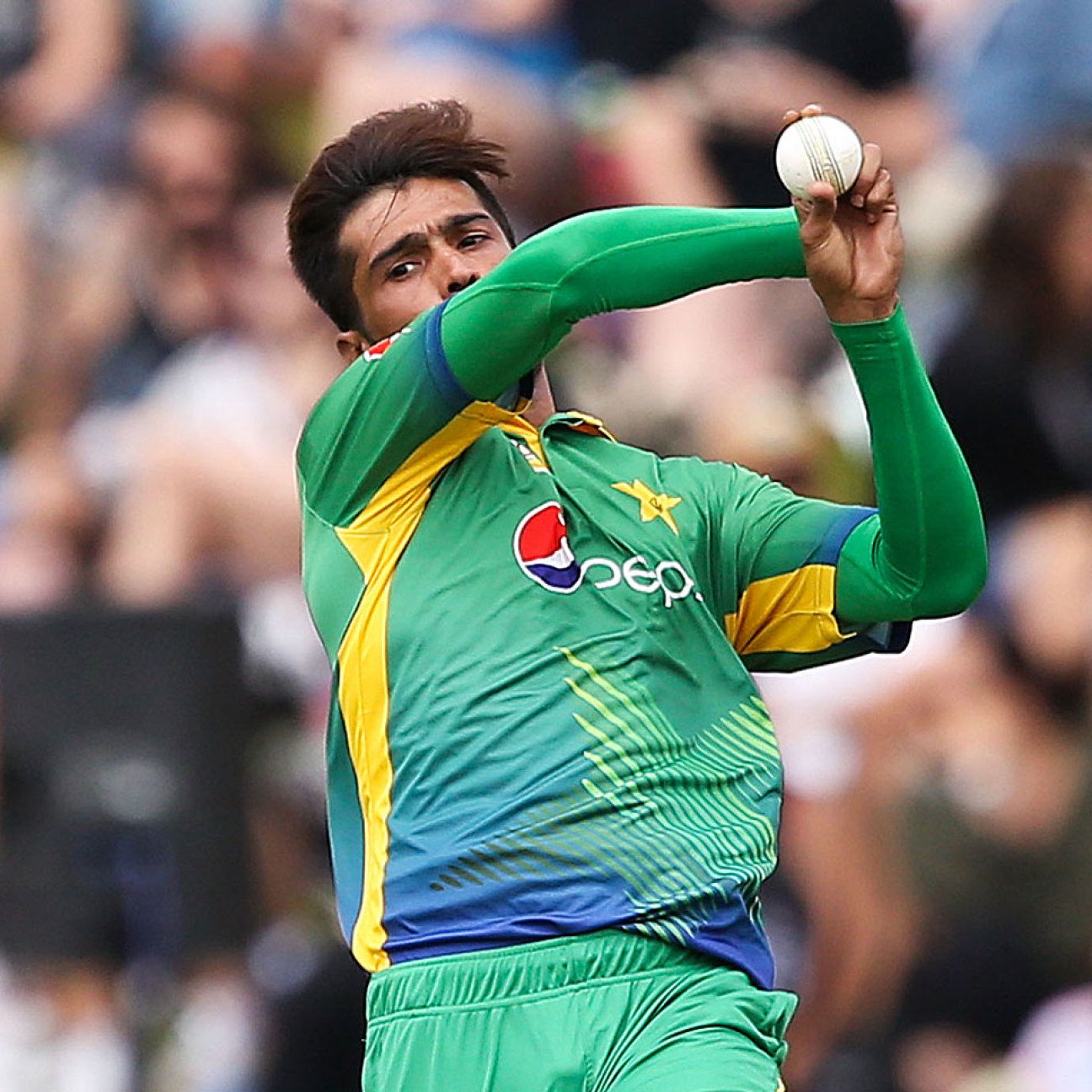 The excitement surrounding Pakistan’s World Cup squad announcement had been powered by one burning question: would Mohammad Amir, in spite of his numbers, find a way into the 15? With Pakistan blessed with no fewer than eight pace bowlers to choose their World Cup contingent from, competition for places was high, and the arguments for and against had been recycled so thoroughly even Extinction Rebellion wouldn’t find cause for protest.

Yet, it is remarkable to observe the sequence of events that led to Amir being left out. Just 21 months ago, he was the man that won Pakistan a match they arguably wanted to win more than any other. It was a big final, the Champions Trophy, and they faced the side they find defeat against hardest to countenance. Amir took the new ball defending a big total, and within nine overs sent Shikhar Dhawan, Rohit Sharma and Virat Kohli back to the pavilion. This was what Amir needed to do, and on the day it mattered more than any other he did it comprehensively.

You might have thought that day Amir would never be left out of a major squad again. But, since then, his ODI record has plunged so dramatically questions around his place became inevitable. He has taken just five ODI wickets in almost two years and 101 overs of bowling at an average of 92.60 per wicket. It is the worst among all bowlers who have sent down at least 600 balls in this period. The second-worst specialist fast bowler in this period in terms of wickets taken to runs conceded is England’s Mark Wood, and he averages 47.75, nearly twice as good as Amir.

This would be enough to see any bowler left out with little controversy, but the soft spot Pakistanis have in their hearts for Amir simply refuses to harden. That, plus the fact the World Cup would be held in England, the same place he tormented India in the Champions Trophy final – this made many believe he could rekindle the magic and to not allow him the chance to do so would be a grave mistake. Beyond the sentimental and the optimistic cases for Amir, there was a stout cricketing justification for his potential selection, and that was his economy rate.

I still think @iamamirofficial could be a lethal weapon to have in English conditions. He has a chance to prove that in the England series and be selected for World Cup by May 23rd. Good luck Amir, you can do it.

My biggest concern is the pace dept. This squad lacks a leader of the pace attack, leader of the herd who is aggressive and goes out to attack. Hopefully Amir can be that.
In case that doesn’t happen, @RealHa55an has to step up and fill that role along with @JunaidkhanREAL

During his barren spell, Amir went at 4.58 per over – impressive by any standards, exceptional by modern ones. That has always been a strong point in his game; his career economy rate stands at a first-rate 4.78. However, there’s a certain intellectual deviousness about making the case for Amir on these grounds. No one who enjoys watching Amir swoons over his miserly economy rate; his role in the team has never been to dry the runs up. If Amir is in the team, his job is to take wickets at the top, swing the ball around corners and trouble the biggest batsmen on the planet. Rechristening him as a bowler with a holding role would be a sharp career reinvention.

However, this isn’t the end of the road for the 27-year-old by any means. His inclusion in the 17-man squad to face England before the World Cup means the door is ajar for a dramatic last-minute call-up to the showpiece event. The PCB can make changes to the team till May 23 without seeking ICC approval, and should Amir perform to the satisfaction of the selectors, hope still remains. But for the first time in a while, he needs to provide a reason for the selectors to change their mind; he is no longer an automatic selection.

Chief selector Inzamam-ul-Haq and the coaching staff have played a tactically astute game here. The question around Amir has never been about his talent, but whether he had the drive to continue to put in strong, impactful performances for the national side. If the threat of having a World Cup spot snatched away from him doesn’t galvanise him, they will have reasoned, nothing will, and the decision to leave him out is justified. Conversely, if this stings him into returning to the form that, at its heights, renders him near unplayable in the sort of conditions England can throw up, Pakistan will have gained a rejuvenated player, confident in his game and firing on all cylinders ahead of the World Cup.

England has, after all, always been a fateful place for Amir, the country with which his career will, for better and worse, be defined. It is the country where he fell as far as a cricketer can fall while still a teenager, the place where he made his comeback half a decade later, and the venue of his greatest triumph to date. He now has the opportunity to turn it into the location of yet another career resurrection. He might only have been booked for the warm-up act as things stand, but the possibility he will be a headliner in England yet again cannot yet be discounted.