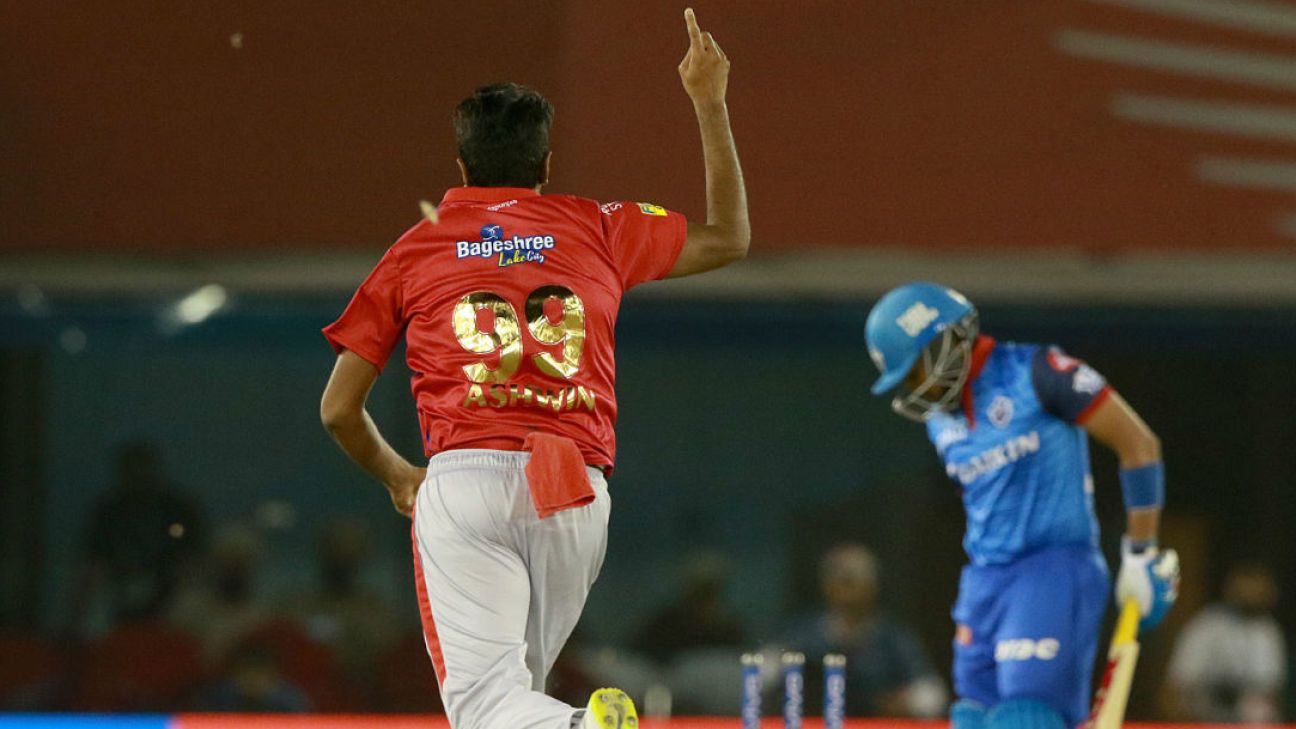 There was little doubt in R Ashwin‘s mind that Kings XI Punjab would bat first if he won the toss against Delhi Capitals in Mohali on Monday. But Shreyas Iyer won the toss, and Kings XI were put in on a ground where defending a target has been difficult in the recent past.

Yet, Ashwin felt confident, because there was grip on the track, which would help his attack comprising three spinners, even though his team’s total of 166 for 9 was “25 runs short”. In the end, it was Sam Curran and Mohammed Shami, who bowled remarkable spells to clinch victory for Kings XI, but Ashwin said the spin-pronged theme was one the side would look to replicate when the need arose.

“We were probably about 25 short and we backed ourselves to defend it against this batting line-up against our spinners and that’s why we played three spinners and we also got Sam to open the batting,” Ashwin said in the post-match presentation ceremony. “We were going to bat first if we had won the toss. We thought Chris [Gayle] wasn’t there and we are going to try and get Sam up the order.

“We wanted to give him the license to go there and bat really well. We wanted to bat first and we wanted to back our spinners, because M Ashwin bowled really well in the last game and that’s a theme that we would like to follow, but hopefully it depends on the wicket. We thought there was a bit of grip on this one but we are not sure about what’s going to happen going forward.”

Recent history in Mohali was also a factor in the team selection. In the two matches prior to Monday’s game, teams batting second had chased down big scores: Australia got to 359 with 13 balls to spare in an ODI against India in March, while Kings XI chased down 177 with eight balls to spare in their first home game of IPL 2019.

With only a moderate total on the board, the idea, Kings XI bowling coach Ryan Harris explained, was to take the pace off the ball and make scoring as difficult as possible.

“It’s really hard to defend, we’ve seen that over the last couple of weeks. You have to get a big score on the board to try and defend and even that’s too hard, we saw in a one-day here a few weeks ago as well,” he said.

“I think (we took) a bit of pace off the ball. Chris didn’t play today so we thought bringing Sam in as well helped, but with Mujeeb [Ur Rahman] coming back in as well it took a little bit of pace off the ball. We haven’t nailed our starts with the ball, but we’ve come back well at the death as we did again tonight. So if we nail our starts we should be a hard side to beat.”