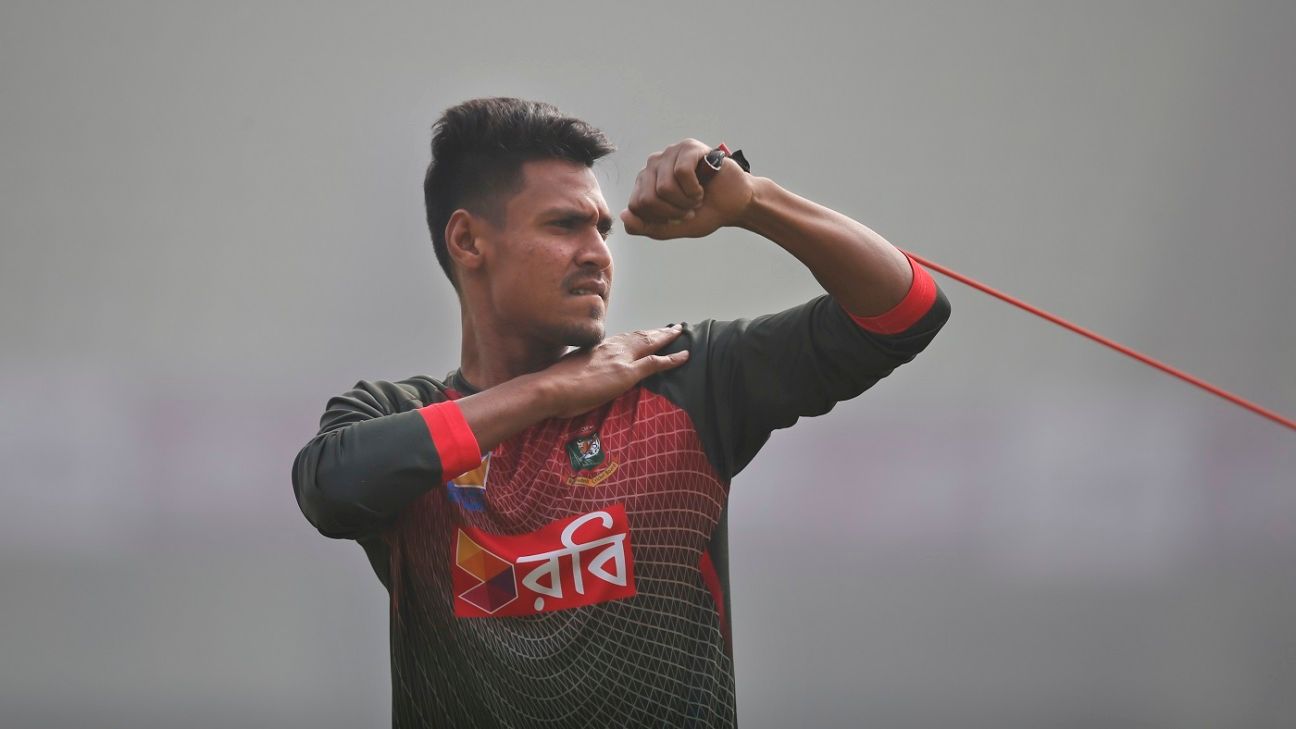 Mustafizur Rahman‘s fitness limitations were the reason for his exclusion from the Hamilton Test, Bangladesh coach Steve Rhodes has said. The team management, Rhodes said, felt it was better to rest him, with a bigger workload planned for him in Wellington.

Mustafizur’s absence has come into focus with Bangladesh’s inexperienced three-man pace attack going wicketless while delivering 66 overs so far in New Zealand’s first innings. Mustafizur has played 12 Tests so far. Of the three quicks featuring in Hamilton, Abu Jayed is playing his fourth Test, Khaled Ahmed his second, and Ebadat Hossain is on debut.

Rhodes said Mustafizur would have to bowl into the notoriously strong wind at the Basin Reserve in the second Test, which begins on March 8.

“It is a real struggle for him to bowl in back-to-back Test matches,” Rhodes said. “To get the best out of him mentally and keeping him fresh, is to spell the Tests that he plays. I think you can gather from that that he will come back into the fold in the next Test.

Rhodes felt Ebadat bowled with good pace on his first day in the field as a Test cricketer, but would have to be physically and mentally stronger, alongside Khaled and Jayed, in order to bowl more consistently, as well as recover for the next day’s battle.

“It is very difficult to be critical of someone like Ebadat,” Rhodes said. “He showed great enthusiasm. Good pace. They need a bit of experience. They have to recover quickly for tomorrow, so those are areas they have to improve upon, as well as hitting that line and length for long enough.

“You have to hit that wicket nice and hard for a sustained period. These are all learning curves for Khaled, Ebadat and Rahi.”