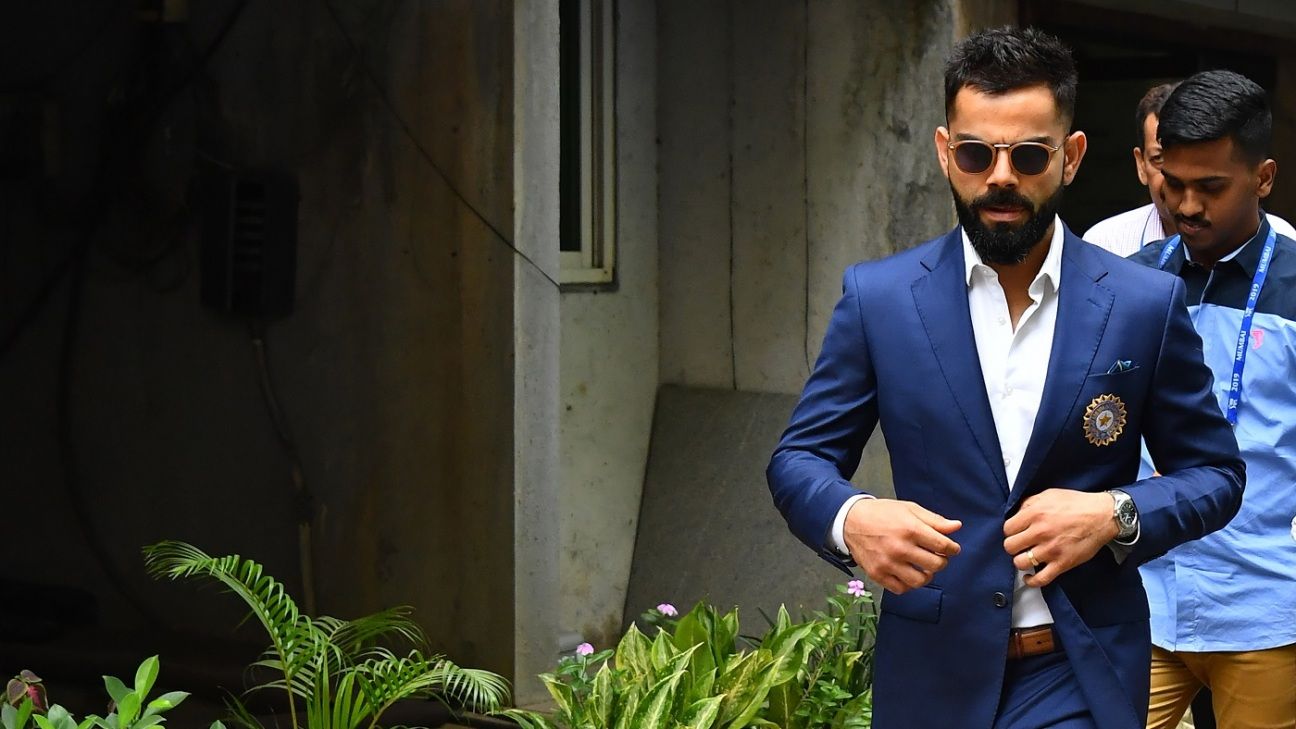 India captain Virat Kohli agrees that Vijay Shankar offers balance to the Indian batting order, but has not committed to the Tamil Nadu allrounder batting at No. 4.

On Monday, after announcing India’s World Cup squad, MSK Prasad, the chairman of selectors, said that Vijay was identified as the No. 4.

However, Kohli agreed with Prasad only to the extent that Vijay was a “three-dimensional” player and a better choice compared to the other options and combinations that India had tried out in the past.

The search for the No. 4 started after the Champions Trophy and stretched to the ODI series at home against Australia in March, during which period 11 batsmen were tried out. The longest incumbent was Ambati Rayudu, but Prasad said he lost the race to Vijay.

Kohli echoed that, saying Vijay was a “proper” batsman, who provided another allrounder option to India. “We tried a lot of things. There were a few combinations that we tried,” Kohli told India Today. “Eventually when Vijay came in, it was three dimensional: he can bowl, he can field, he can bat.

“He is a proper batsman as well. That just gave us an option, saying why not have that kind of balance which other teams have had all these years. From that point of view we all agreed on it.”

Prasad had pointed out that Vijay would get to bat at No. 4 to begin with, with Kedar Jadhav and Dinesh Karthik being other options for the spot along with KL Rahul. However Kohli refrained from being definitive. “We are pretty sorted with how we want to go about the World Cup. Obviously who bats where is the decision for later.”

Other than who is best suitable for No. 4, the other big debate over the past two years has been over MS Dhoni’s role in the ODI side, keeping in mind the fact that his signature explosive finishing power has been on the wane.

After an extended period stretching over a year where he had not scored a half-century, Dhoni picked up three successive 50s in the ODI series win in Australia in January. Kohli stated then that Dhoni was best suited at No. 5 even though his deputy Rohit Sharma had said personally he would have India’s senior most player at No. 4.

In an interview with ESPNcricinfo, Prasad had said Dhoni would be the most important guy for India at the World Cup. Prasad said that Dhoni had finally started finding his touch, which was evident in Australia and New Zealand where he played “fearlessly”.

Kohli has always stood by Dhoni and he backed him once again. He said that when he was struggling to settle down in the initial years of his career, Dhoni, who was the Indian captain, had given him the space to grow. Today he was reciprocating and that was not as a favour but because Dhoni “deserved” that space.

“For me loyalty matters the most. When I walked into the team, he had the chance of trying someone else after a few games. Although I grabbed my opportunities really early, he gave me an opportunity to understand my game and gave me time in the game.

“For me those things are very important because I know the kind of phase I was coming into. And if he is going through a phase where he has to work things out, he deserves that respect, it’s not like I [gifted] it to him.

“You look at what he’s done for the country, no one can [gift] him that space, he deserves it. So we were just doing our bit to tell people that you need to think in the same manner.

“It’s not like we are giving him something, he deserves this and he is intelligent enough to know what’s going on in his life, in his cricket, everything. It was important to give him space, for which people did not have much patience at that time.

“Now after 12 months people are people are saying he is the most important factor in the World Cup, which is true. We knew deep down all along.”