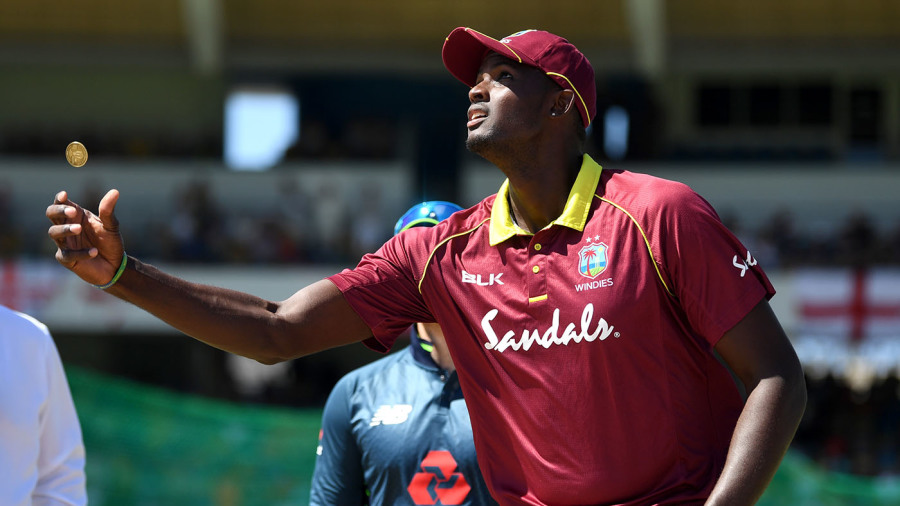 Whether the teams like to admit it or not, eyes are already on the World Cup, where No.1 team England are favourites, while No.9-ranked West Indies have not won a bilateral one-day series in 11 attempts since beating Bangladesh in 2014, although the home side will be buoyed by a comprehensive 2-1 Test series win against England.

Upon winning the toss, West Indies captain Jason Holder said: “It looks like a pretty good wicket … hopefully our boys can make good use of it.”

Holder revealed Kemar Roach, who was named Player of the Series after taking 18 wickets at 13.88 during the Tests had been ruled out of the one-dayers with what the team later described as a “stress issue” in his back.

West Indies have handed debuts to John Campbell, who impressed while opening the batting during the Test series, and Nicholas Pooran. They will be looking to kick off Chris Gayle’s ODI swansong with a win after the self-proclaimed “Universe Boss” announced he would retire from the format after the World Cup.

The tourists have made just one change to the side that beat University of West Indies Vice-Chancellor’s XI on Sunday, replacing Alex Hales with Jos Buttler, who was rested for the warm-up match.