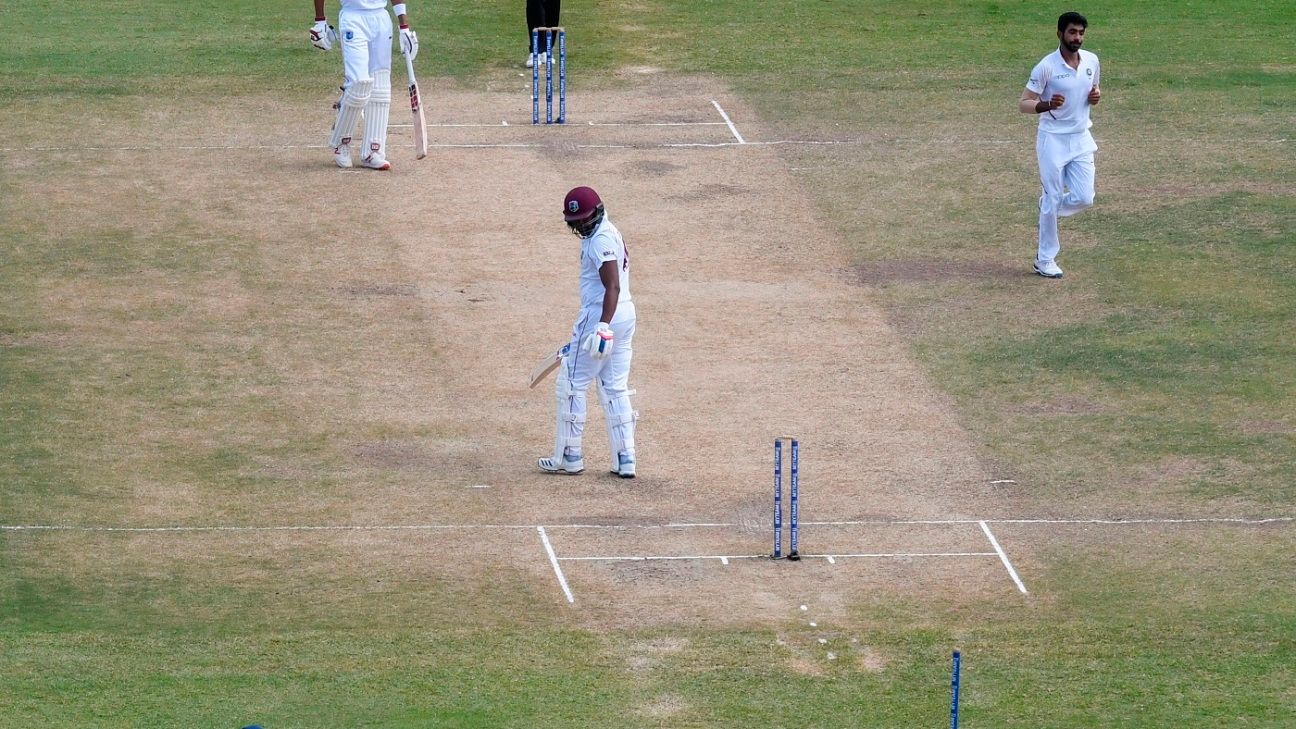 Darren Bravo might have been left out of the West Indies squad for the one-off Test against Afghanistan, but lead selector Roger Harper backed the batsman to strike form in domestic cricket and return to the side.

Bravo scored a mere 47 runs in four innings at an average of 15.66 in the Test series against India. His form hardly improved in the CPL, where he managed 128 runs in seven innings, striking at 103.22, and only one half-century.

“We recognised Darren has not been at his best as we have seen over the years. Therefore, we wanted to give him the opportunity to go away, maybe play club cricket, but definitely our regional cricket, get his game right and come back to being the best he can be, so that he can make a real positive impact for our West Indies team and be the force we know he can be in world cricket.”

The new selection panel of Harper, Miles Bascombe and coach Phil Simmons also gave maiden call-ups to legspinner Hayden Walsh Jr and opener Brandon King for the white-ball squads. Walsh Jr topped the bowling charts in the 2019 CPL with 22 wickets from nine games. But more than the wickets, it was his wicket-taking ability – an astonishing strike rate of 9.1 – that impressed the selectors. King was the leading run-scorer with 496 runs at an average of 55.11 and a strike rate of 148.94.

“During the CPL, he [Walsh Jr] excited everyone with his performances and given the direction white-ball cricket has gone, we realize the need for bowlers capable of taking wickets,” Harper said. “Walsh has proven he is a wicket-taker and I think he will have a great impact on the team, especially in middle overs so that we won’t be drifting through but can keep control of games.

“He [King] had an outstanding season, made runs in our domestic four-day competition and followed it up with an outstanding CPL that demanded a place in the team. We were impressed not just by his stroke play, but his maturity and wish him all the best.”

Apart from King and Walsh Jr, experienced batsman Lendl Simmons also reaped rewards of a strong show in the CPL and made a comeback to the T20I side. His 430 runs at an average of 39.09 and a strike rate of 150.34 were second only to King’s tally. Meanwhile, Denesh Ramdin, who last played a T20I in November 2018 when West Indies toured India, also found a place in the 20-over side as the selectors went for a back-up wicketkeeper in each format.

“Similar to Brandon King, his [Simmons’] weight of runs in the CPL prior to the squad selection made us had to consider him,” Harper said. “When we looked at the balance of the team, we needed a player like him because he is a versatile batsman.

“One of the things we tried to carefully do in all three squads is to have a wicketkeeper as cover. Denesh brings with him a lot of experience and as a batsman can contribute in the middle if required and I think he will add a good blend to the team as well.”

Talking about his own appointment, Harper said his target was to make the selection process as transparent as possible.

“If the West Indies team is to move forward it’s an area we have to get right. I look forward to working with coach Simmons, fellow selector Bascombe, taking the advice of captain Holder and Pollard so that we make this process as transparent as possible, so that every player who is performing and meeting the criteria, will feel they have a fair chance at being selected. Once we do that I believe players will give their best and we will see a positive effect of that on the field.”