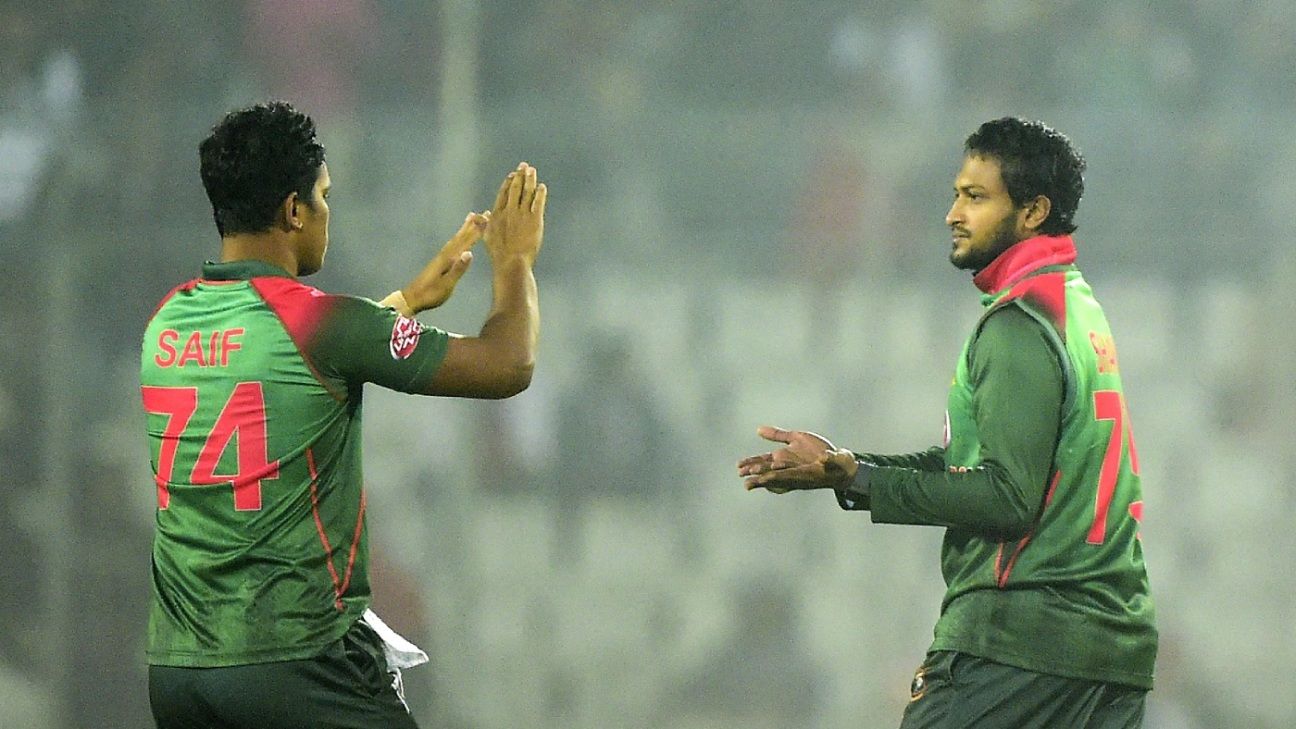 Having wrapped up the Test and ODI series, Bangladesh will aim to secure the T20I series as well when they face West Indies in the third T20I. After West Indies won the first T20I, Bangladesh hit back in the second to force this series into a decider. The third T20I will be West Indies’ last chance to salvage something from this tour.

Bangladesh had a near-perfect batting performance in the second T20I, with Tamim Iqbal and Liton Das getting off to quick starts before Soumya Sarkar took on the bowling. After a short burst of wickets, Mahmudullah and Shakib Al Hasan kept Bangladesh afloat in the last seven overs, putting on an unbroken 91-run stand for the fifth wicket.

Bangladesh’s bowlers also had a decent outing, particularly Shakib, who said that he was surprised with his five-wicket haul in dewy conditions. Mustafizur Rahman and Abu Hider, who had leaked runs, will have to find ways to keep West Indies quiet in the decider. Mehidy Hasan’s offspin will also be central to Bangladesh’s bowling in the middle overs.

Shai Hope has been West Indies’ most consistent limited-overs batsman on this tour, but he hasn’t got enough support from Darren Bravo and Evin Lewis. After impressing in the Test series, Shimron Hetmyer hasn’t made a substantial score in the limited-overs series. Rovman Powell, though, returned to form with a fifty in Dhaka and will be key for West Indies in the death overs.

Oshane Thomas and Sheldon Cottrell will have to find ways to keep Bangladesh’s scoring rate down, while Fabian Allen, West Indies’ most economical bowler in the second game, will be looking to exploit the conditions if the visitors bowl first.

Mahmudullah‘s counter-attacking 43 not out, after Bangladesh had lost three quick wickets in the second game, tilted the balance in the hosts’ favour. He is the side’s designated finisher, and he needs more support from the other middle-order batsmen.

In the second game, Rovman Powell struck his first fifty on West Indies’ tour of the subcontinent this winter. He was particularly severe on Abu Hider en route to his 50 off 34 balls on Thursday. The tourists will want an encore from Powell in the decider.

Bangladesh are unlikely to tinker with their combination although there are questions over Hider’s place.

Sherfane Rutherford’s big-hitting gives West Indies an interesting option, but they could stick to the same XI on Saturday.

Dew could be a big factor again, so the side winning the toss will look to bowl first. Bangladesh had managed to get over the line in the previous game, but it wasn’t easy. The weather remains cool in Dhaka.