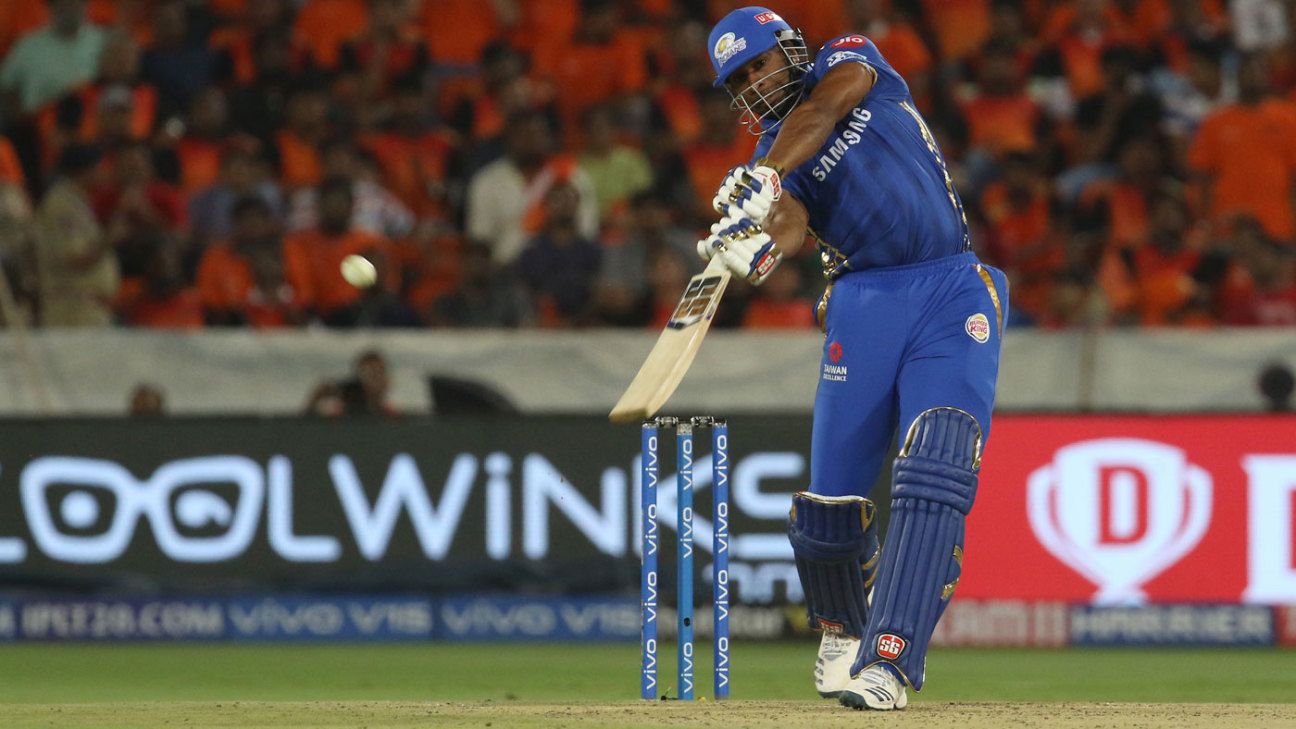 Kieron Pollard last played an ODI in October 2016 but may still have hopes of making it to the West Indies World Cup squad because of a new set-up running Cricket West Indies (CWI). After smashing his highest IPL score – 83 off 31 balls – to help Mumbai Indians edge Kings XI Punjab in a last-ball finish in Mumbai on Wednesday night, Pollard was asked if he thought he would be picked in the World Cup squad that will be announced later this month, and he indirectly said anything could be possible.

“Every time I get the opportunity to play, I want to do my best,” Pollard said. “There has been a lot of turmoil in West Indies cricket over the last couple of years. We have seen in the last couple of weeks there’s a change. Pollard was one of the guys blacklisted. The most I can do every time I step on the cricket field is try to put runs on the board. There’s people there who have the job to select and whatever and let’s see how that goes. As I said, I’m 31 years, Chris Gayle is still playing, he’s 39, and he’s whacking it all around.”

Pollard was referring to Dave Cameron’s controversial reign as the CWI president coming to an end last month when Ricky Skerritt, a former West Indies team manager, beat Cameron by an 8-4 margin in the board elections. Cameron had several fallouts with senior West Indies players, especially Darren Sammy who led them to two World T20 titles.

When asked if West Indies could be one of the stronger sides at the World Cup, given the form of some of the West Indies players in the IPL, Pollard said: “Yeah, of course you can say that. But again, as I said that’s why there’s people…we have a new chairman of selectors, there’s a new president of the cricket board, and as I said you take it as it comes. Last year, you might not have been asking me that question. Yes, I scored runs tonight so all sorts of questions will come but for me it’s just about enjoying cricket and doing my best with my god-given talent.

“We know what we can do and I think Chris batted superbly. A fellow West Indian is [Andre] Russell…he’s smacking the ball and it’s great to see the way he’s hitting the ball and [Sunil] Narine. These guys are having a good tournament and again, when your mind is free, you just go out and enjoy cricket. You don’t think about much because there are a lot of opinions, there are a lot of things, but it’s people as close to you and what they think matters.”

Pollard had recently returned to the T20I squad for West Indies when in October it emerged that the door was opening for some senior players to feature in the World Cup. CWI officials had stated that availability for domestic tournaments was a requirement to be picked for West Indies squads, and they advanced the domestic 50-over competition (Super50 Cup) from February 2019 to October 2018 to avoid a clash with any T20 leagues. CWI had said if the players featured in the Super50 and performed, they could be picked for the World Cup.

Pollard represented his domestic side Trinidad & Tobago in all seven games but with unimpressive figures – 69 runs from seven innings to average under 10, and took three wickets in the 50 balls he bowled in the tournament.