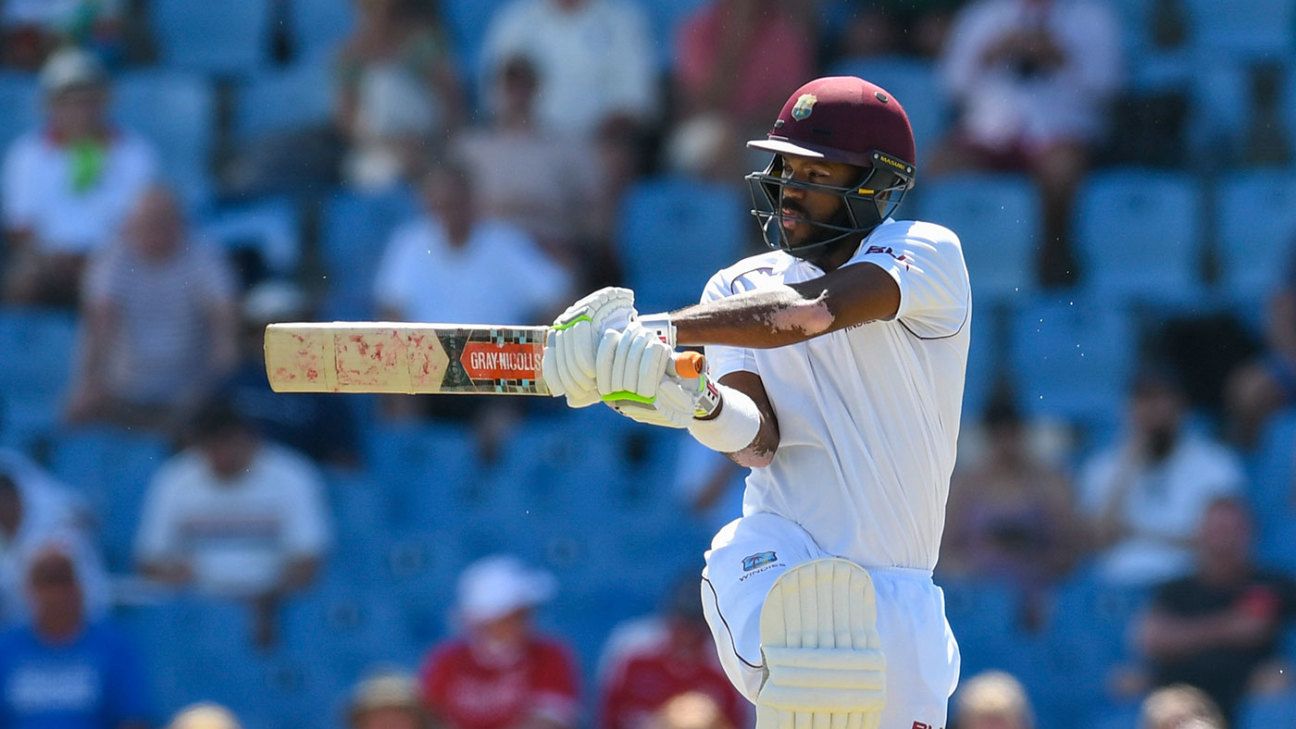 John Campbell‘s form in the Test series win over England has been rewarded with a maiden ODI call-up, after injuries to Evin Lewis, Rovman Powell and Keemo Paul forced changes to West Indies’ 14-man squad for the first two matches of the series, starting in Barbados on Wednesday.

Carlos Brathwaite and Sheldon Cottrell have been recalled to strengthen the pace bowling in the absence of Powell and Paul, who tore his quadriceps while playing in the third Test in St Lucia last week, and the suspension of Shannon Gabriel.

Attacking opener Campbell, whose six off James Anderson in Antigua sealed victory in the Test series, gave a good account of himself in his first appearances at international level. Although he failed to record an individual half-century, three times being dismissed in the 40s, he and Kraigg Brathwaite put on four 50-plus stands during the three Tests.

His opportunity comes after Lewis sustained a groin injury while playing in the Bangladesh Premier League, and he could stake a late claim for a World Cup spot, according to chairman of selectors Courtney Browne.

“With our squad suffering from a few players with injuries even before a ball is bowled, an opportunity presents itself for other players to make a claim for World Cup spots. After a good showing as an opener in the Test matches, John Campbell – a fearless and attacking opening batter – will replace Evin Lewis who had to be withdrawn from the squad with a groin injury,” Browne said.

“Carlos Brathwaite who last played in the World Cup qualifiers and who was a replacement in the last ODI series in Bangladesh will also join the squad along with Sheldon Cottrell who last played against Bangladesh last year in the Caribbean. They will replace Rovman Powell and Keemo Paul who are also both sidelined with injuries.

“The panel take this opportunity to wish the injured players a speedy recovery and to wish the team success in the upcoming ODIs.”