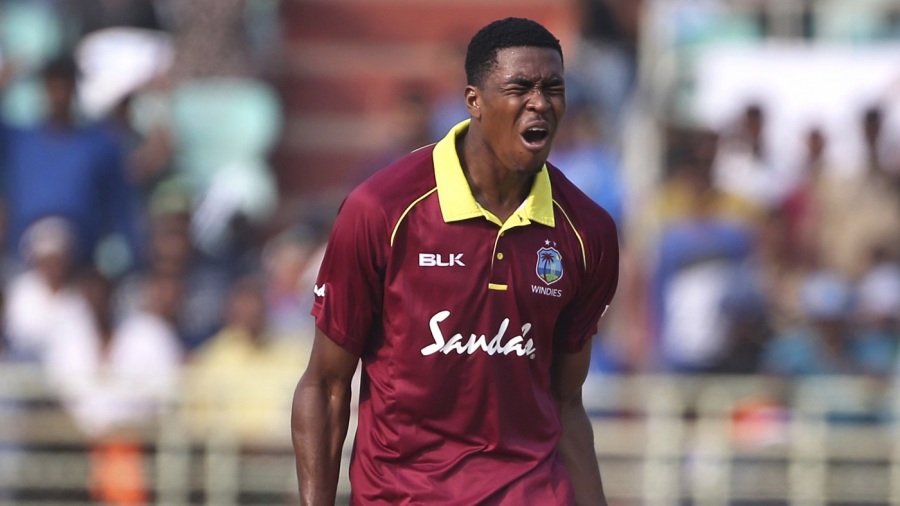 West Indies have won the toss and sent England in to bat in their second T20I.

England lead 1-0 and can seal the three-match series with victory in the first of two fixtures in St Kitts.

It could prove an important toss to win, given the Basseterre pitch is expected to improve through the afternoon. Play is set to get underway in overcast conditions, with a chance of rain. Expect the big hitters to fill their boots on a ground with a very short straight boundary.

West Indies have made one change to their side, handing a T20I debut to left-arm fast bowler Obed McCoy, coming in for Oshane Thomas, who is being rested. The 22-year-old McCoy was called up to replace Andre Russell, who failed to take the field after joining West Indies’ squad before the last two ODIs when a long-standing knee problem flared up.

England rested Mark Wood in St Lucia and have done so again after his heavy workload during the last Test and four ODIs, with the tourists naming an unchanged team from that which won the first T20I by four wickets with seven balls to spare.