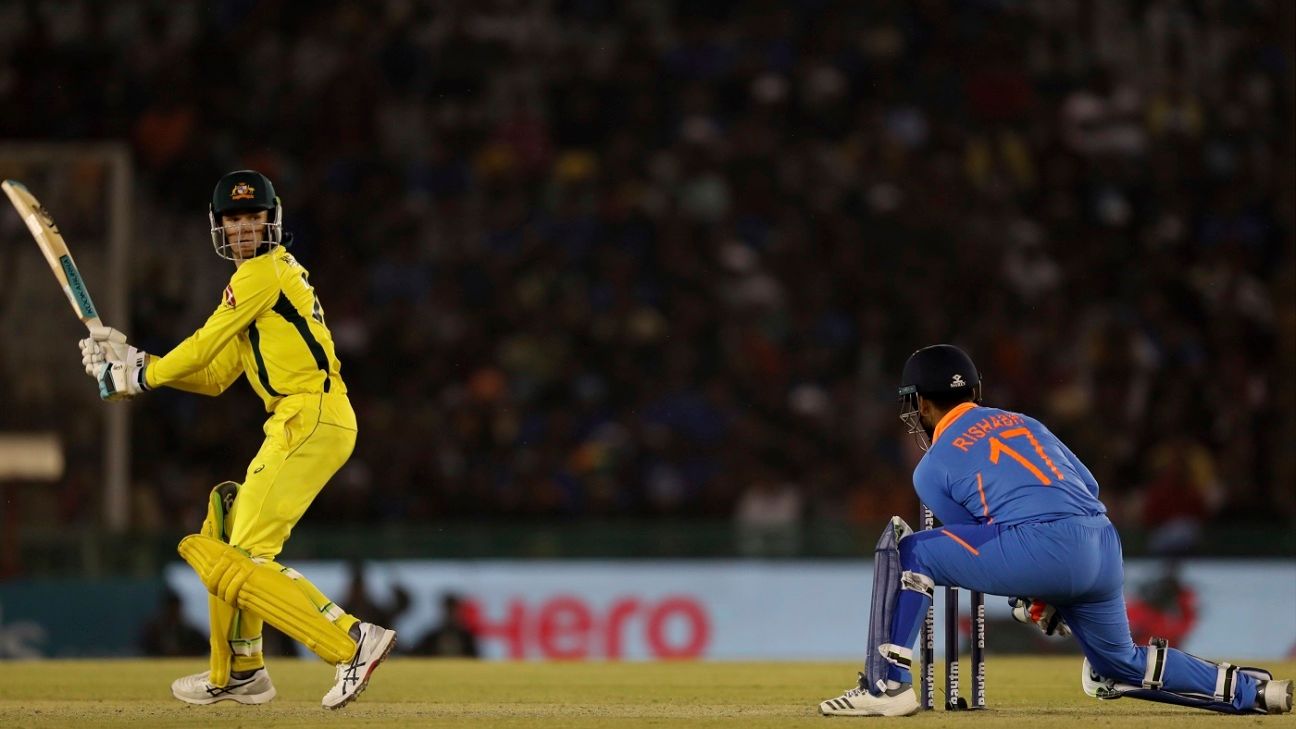 Reviewing India’s four-wicket defeat to Australia in Mohali on Sunday, Virat Kohli pointed to his side’s poor fielding – a number of opportunities were missed – as well as a “game-changer” of a DRS decision as big reasons for the result.

Australia, set up by a hundred from Peter Handscomb and an unbeaten 43-ball 84 from Ashton Turner, chased down a target of 359, the fifth-highest chase in ODI history. Turner was given a reprieve following a review – when the batsman was on 41 – only a few balls after India wicketkeeper Rishabh Pant had missed a stumping opportunity against the batsman one of the many instances of India’s struggles in the field.

“Yeah, crucial. We were sloppy in the field. We were not at our best, and we should have grabbed those chances and made the most of the opportunity when it came by,” he said.

“But the DRS call [when Turner was ruled not out on review for a caught behind, with Australia needing 66 from 39 deliveries] as well, was a bit of a surprise for all of us. It’s becoming more of a talking point every game. It’s just not consistent at all, and that was a game-changer moment as well. But yeah, that’s more of an uncontrollable, but the controllable we had to do right, and we didn’t do it right, and the opportunity slipped away.”

The review in question came about in the 44th over, when Yuzvendra Chahal beat Turner’s swishing blade, with ESPNcricinfo’s ball-by-ball commentator noting: “India have reviewed a caught behind, but the impression I got is the batsman was through with the shot even before the ball arrived. But they’ll look for stumping first, and then for caught behind. Stumping seems fine. They went up for stumping because the square leg umpire went up immediately. India have reviewed for caught behind. Replays confirm a big spike but it was after it passed the bat. End result is, wide.”

During the third ODI in Ranchi, the ball-tracking technology came under scrutiny during Aaron Finch’s lbw dismissal.

With Turner carrying on to hit an unbeaten 84, Australia dashed past India’s 358 for 9 with 13 balls in hand on what must now be one of their favourite grounds in India. Mohali is where they won the 1996 World Cup semi-final against West Indies and then, many years later, pulled off a thrilling chase in the third ODI of the 2013 series against India.

The dew was also a factor, Kohli said, conceding its impact on the Mohali and Ranchi ODIs. In the third ODI in Ranchi, India expected the dew to have a say in the second innings, but it didn’t, while in Mohali, India came off worst on that count.

“We’ve been on the wrong side of the dew twice in two games, but that’s not an excuse,” said Kohli. “Especially with five down, giving ten runs an over in the end was a bit of a harsh pill to swallow, but, look, it was very difficult to bowl in the end.

“The guys tried their best, but Ashton played a hell of a knock. [Peter] Handscomb played a really good innings too, to hold the innings together. [Usman] Khawaja was good again, but I think Ashton was the game-changer.”

“Last game, we were told there was going to be dew, we were on the wrong side of that. We had a good wicket to bat on, [and] Australia would have done the same. So, again they just played better again in the second innings, and that’s something you just have to accept.”