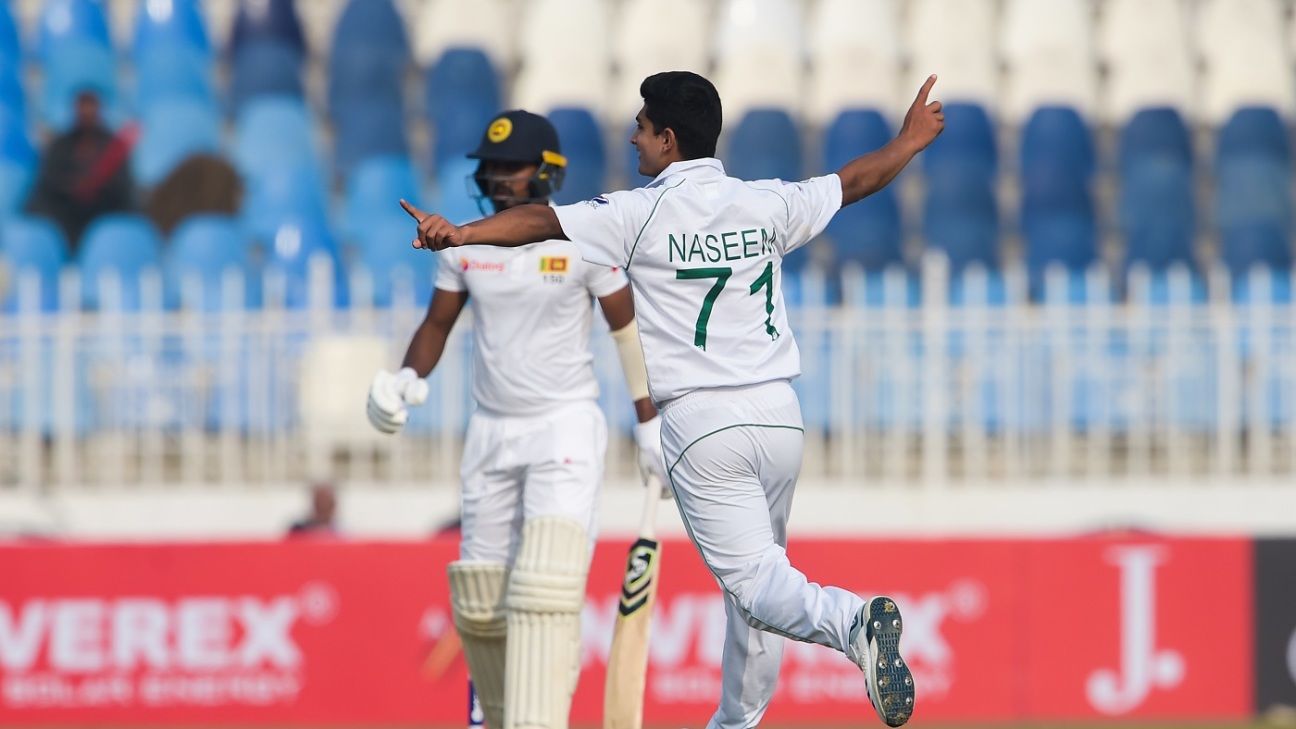 After conceding 89 runs in the first, wicketless session in Rawalpindi, Pakistan remarkably got back in the game in the second. They had bowled 48 balls on a full length in 26 overs in that opening session, conceding 47 runs off these deliveries and straying on leg stump as well. Wayward in line, ineffective in length, captain Azhar Ali’s statements the previous day on the important of discipline in Test format seemed lost on this attack. Speaking after the day’s play, 16-year-old Naseem Shah admitted that new plans had to be drawn up for the second session, and those centred around containing the Sri Lanka batsmen.

It was the first time in 24 years that Pakistan were playing at home with an all-pace attack. The last time this happened was in 1995, against Sri Lanka in Sialkot. The hint of grass on the Rawalpindi pitch in combination with the earlier overcast conditions seemed to suggest it was the way to go but, at the toss, Sri Lanka opted to bat, baffling many. A lack of swing duly followed, and Pakistan conceded 3.4 runs to the over in that first session. In all, 120 balls were pitched on a length or fuller to concede 74 runs.

When asked if his side misread the pitch, Shah said: “It’s cricket and it happens… yes there was moisture in the pitch but we couldn’t get wickets early. They also batted well and we didn’t bowl according to the plan in the first session.

“So we had to re-plan and went out to contain in the second session. Overall the pitch was good, all you have to hit the good areas for success. We could have taken another wicket [in the day] but we will come back fresh tomorrow to get them as quickly as we can to restrict them under 250 to have a full control [of the game].”

Shah finished the day with two wickets, as Sri Lanka slipped from 96 for 0 to 189 for 5. At stumps they were 202 for 5, and Shah, playing his second Test after a testing debut in Australia, was facing a crowed press conference for the first time. He came across as confident in answering whatever question was thrown at him. When asked about being rested in the second Test in Australia despite holding his own in the first, he kept it brief: “There wasn’t any issue. Our management understands better how they want to take care of me, so nothing to worry about.”

Of course, the Rawalpindi Test is a homecoming for Test cricket in Pakistan, and Shah was happy to soak up the atmosphere. “In Australia I saw how the crowd there was behind their bowlers all the time and their support really gave them a push,” he said. “And today, playing at a home venue in front of my own crowd gave me the exact sense I got in Australia. The crowd was outstanding and they were cheering on every good ball I bowled, so playing at home wasn’t about me being under pressure but instead I was enjoying the atmosphere.”