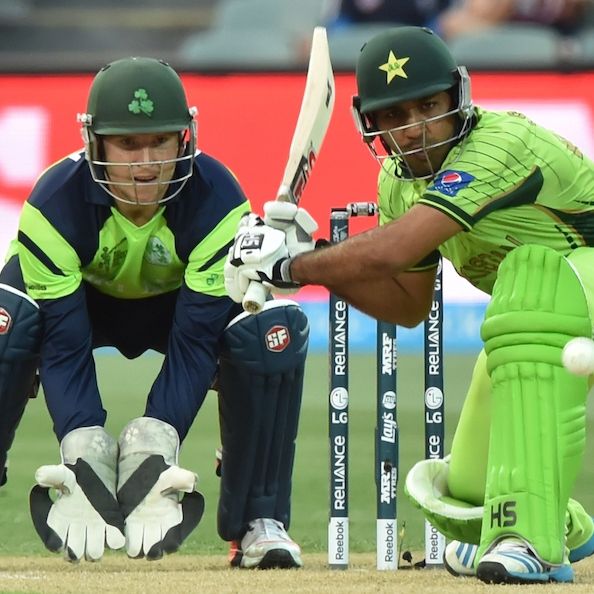 Warren Deutrom, the chief executive of Cricket Ireland, has restated his interest in Ireland touring Pakistan. He had been in Lahore for the recently concluded T20Is against Sri Lanka and was very impressed with the way the series went off.

“First of all, we have been treated fabulously well,” Deutrom said in the PCB’s podcast. “The courtesy, the generosity, the hospitality, the warmth, the love of cricket is plainly obvious for anyone to see. Cricket Ireland is now a Test nation and we certainly feel it is important that we play our part in being a mature and grownup member of the cricket family,” Deutrom said in PCB’s podcast. “We want to play our part in assisting getting international cricket back in Pakistan.”

There is no free window – at least for the next eight months – to fit in this series but Ireland are expecting to be invited to Pakistan within a year’s time.

Tom Harrison, the England and Wales Cricket Board Chief Executive, was also in Pakistan during T20 series against Sri Lanka in Lahore. Both he and Deutrom were given a walk-through of the security arrangements made for cricket teams during international matches in the country.

“To be honest, and just at a very human level, until you see it with yourself, you come with a set of conceptions or preconceptions,” Deutrom said, “And I think this visit, which was generously made at the invitation of the Pakistan Cricket Board, would begin to change those perceptions.”

Sri Lanka were given presidential-level security over the course of the entire series which began on September 30. When it ended, on October 9, their interim coach Rumesh Ratnayake said “the doubt [over touring Pakistan] has been taken out now.”

Deutrom echoed similar sentiments. “What we saw in Islamabad and Lahore is the extraordinary lengths to which the cricket authorities, the security authorities, the government and police, everyone has been working incredibly closely together to building that confidence,” he said Deutrom. “It begins to build a sense of okay, well, what are the reasons now to say why wouldn’t we come if we have all these sensitive comforts provided to us. So, it is the beginning, I believe, of a conversation.

“We have a board meeting at the end of this month and would like to convey to the board what we have seen and the remarkable steps that have been taken to instill that level of confidence in other cricket boards around the world. We will do what we have always done, engage with our governments and insurers, and talk to our players. We will speak with the other boards that have been here in the past, obviously Sri Lanka Cricket, and then, we need to wait for an invitation.

“When we receive an invitation, we will go through the motions and will take it extremely seriously. There is no date set. However, it wouldn’t surprise me if that date or if that invitation was received by the end of the year for a tour taking place, perhaps next year, maybe the year after, I don’t know. I think that’s something we should take extremely seriously.”

Ireland had been interested in touring Pakistan in 2014 as well and negotiations to play a three-match ODI series had been near their final stages when they were forced to a halt by the attack on Karachi airport in September of that year. Pakistan were Ireland’s opponents when they made their Test debut in 2018 and the two teams are set to play each other again in a T20I series next July.