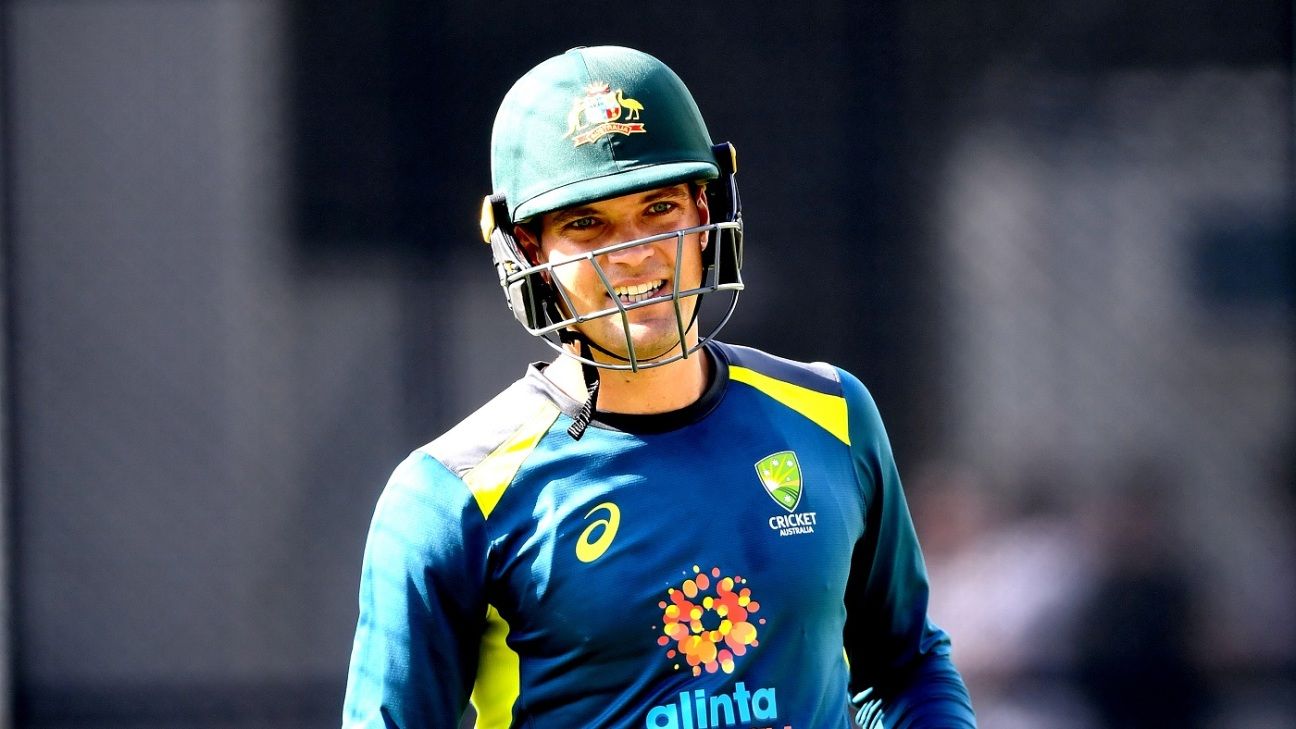 Australia A’s match against Pakistan is being framed as a contest for the last couple of open spots in the Australian Test batting order, with the likes of Travis Head, Will Pucovski, Joe Burns and Usman Khawaja all in competition with one another to set themselves up for strong international summers.

Yet, at the same time, it will be played in the shadow of two absentees – Glenn Maxwell and Nic Maddinson – as they deal with mental health issues that have pushed them away from the game and the accompanying pressures.

Alex Carey, the Australia A captain and himself something of a contender for a Test berth in the near future, balanced his concern for Maxwell and Maddinson with an honest appraisal of the crucible into which all players will be stepping this week and for the Test matches afterwards.

“For me, I’m really enjoying my cricket, you are away from home quite a bit and that’s the nature of the sport, I guess, and we do have a lot of support but I can’t speak for everyone,” Carey said in Perth. “Away from family, away from friends and we’ve got so much support and those two boys have got the support of sports psychologists, doctors, and, as a mate, I’m right behind them.

“For some people, it is easier to speak up and for those two boys to have the courage to speak up, it’s great to see them not fighting through that. Some people can put a bit of a shield up and that’s not what we want. We want guys being honest and being able to talk. Justin Langer flagged it the other day with Maxi, so we’ve got really close relationships and it’s great that they did speak up.

“Those two guys are close mates of mine and I fully support those boys, along with the whole cricket family, we’re right behind those guys to get well. We give them our full support. Chris Lynn said it the other day, they’ve both got the support of the full Australian cricket public and first and foremost is the mental health and wellbeing of every player in the system.”

Cricket has advanced a significant distance in a couple of years, from a time when Moises Henriques withdrew from Big Bash League duty for the Sydney Sixers under a shroud of secrecy as to his exact ailment, to Pucovski last summer and now Maxwell and Maddinson taking their troubles on far more openly and publicly.

Carey noted that the recent death of the former St Kilda footballer and media personality Danny Frawley, a longtime sufferer of depression, as an example of what could lurk beneath a happy-looking surface.

“Any person, cricketer, someone working down the road, I think everyone should be able to speak up,” Carey said. “As we’ve seen with Danny Frawley as well, it’s around and we’ve got to have the courage to speak up, and it’s great that those two guys have done. It does set a good example for young people, for anyone.

“[Maxwell and Maddinson] are going okay. I’ve sent my support and taken a back seat now and let the family, friends and close support around them take care of that.”

As for the game itself, Carey said that Australia A would be fighting especially hard to win the three-day match, in doing so achieving the dual goals of setting back the Pakistani tourists ahead of the Tests and also setting the home side’s players up for the season.

“It’s a pink-ball game, it’s under lights, Pakistan are here for a big summer, so it’s a great opportunity for myself, the boys that are playing this game, to start the international summer really strongly,” Carey said. “Experience the lights, the pink ball, the stadium, it’s a new experience for some of us and exciting to get out there.

“The beauty of this team is it’s a really strong line-up, we’ve probably got four bowlers that can take the new ball and bowl throughout the day and Travis can bowl a few overs as well. We’re only here for a short week and it’s a really close group of players, a close group of guys, a strong team and we should be looking to put in a really good performance and hopefully win this game of cricket.”