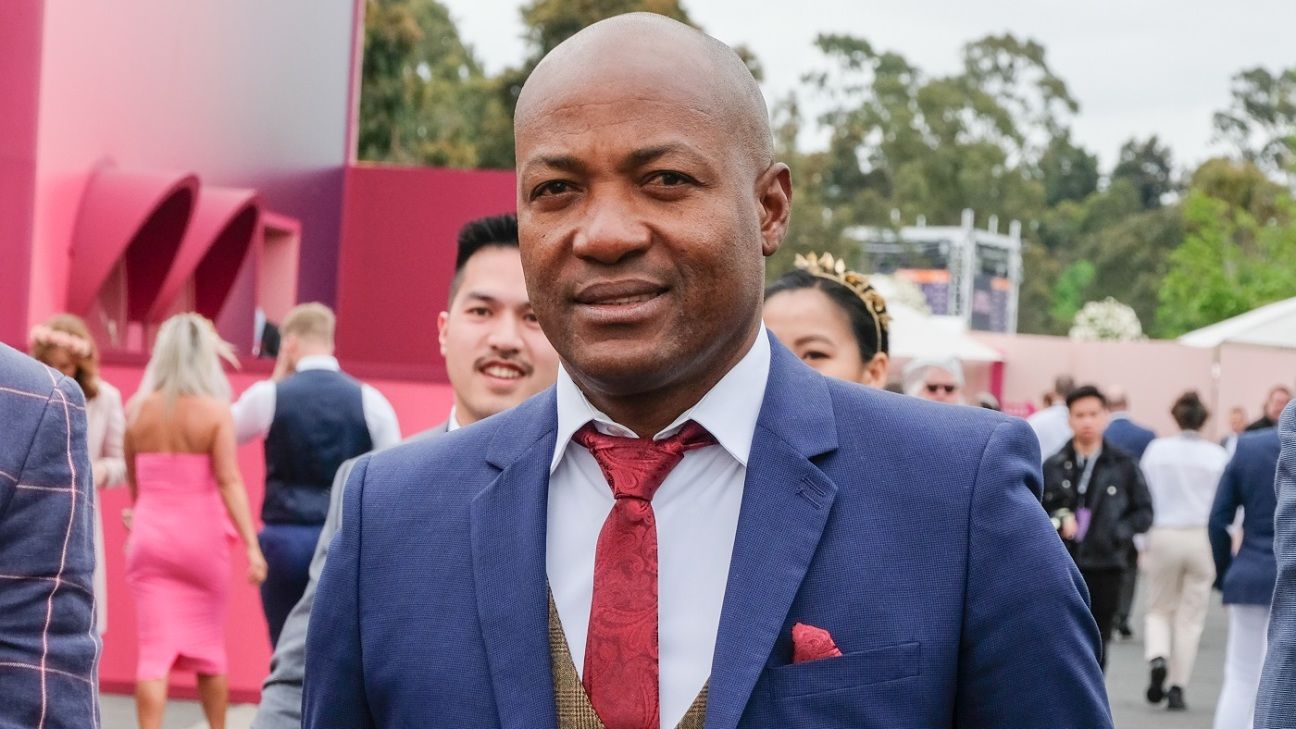 Mental health has become a major talking point in cricket of late, with more and more prominent players opening up on the subject. Brian Lara, still the holder of the highest individual score in Test and first-class cricket, is among many to welcome the discussions on the subject, calling mental-health issues “real”, and a “part of all sport”, which “is coming to the fore now with a lot more aggression”.

Lara is one of the greats of the game, and his 400 not-out against England in a Test in 2004 and 501 not out in a County Championship game in 1994 remain the top batting efforts in the longer formats of the game. To most outsiders, he was as close to infallible as could be during that period, but Lara, speaking at a charity golf event in Mumbai on Friday, revealed that it was far from smooth sailing for him.

“… From the beginning of my international career in 1989 to about 1995, it was on an upward spiral. I don’t think a lot of people will appreciate (but) from 1995-98, it was on a downward spiral,” he was quoted as saying by PTI. “I felt the pressures of being a double world-record holder, (it) played its part and the West Indies team was on its decline.

“I remember on occasions where I lay in my room feeling the despair. It [mental health issue] is real, it is part of all sport and it is coming to the fore now with a lot more aggression. Players are at least standing up and saying ‘I need to just remove myself, fight myself and come back again’.”

“I believe records are meant to be broken, even David Warner may have a next chance. He is an attacking player, who can put your team in a winning position”

Rachel Trenaman, the Sydney Thunder and New South Wales allrounder, became the latest to ask for time off from the game to focus on her mental health. In just the past few months, England’s Sarah Taylor has retired from the sport at just 30 years of age, and Australians Glenn Maxwell, Will Pucovski and Nic Maddinson all took breaks to address their problems before returning to action.

“… The kind of pressures the players are in now, may be before in the 70s and 80s, you played for the love of the game, you played for your country, you loved Test cricket,” Lara said. “With all franchise cricket going on around in the world, the intensity of the game, sometimes is a burden. Guys are playing for England and not playing county cricket, guys are playing for Australia and not playing Sheffield cricket (and) that just tells you how mentally draining it is.

“[It’s] something that we should stand up and pay attention to.”

Lara’s 400 not-out was under threat just the other day when David Warner hit 335 not-out in just 554 minutes in a Test against Pakistan in Adelaide. There was a lot of time left in the game but with the weather forecast being a bit iffy, Australia decided to declare at that point – Warner had just gone past the 334-run mark of Don Bradman and Mark Taylor – to press for victory. Tim Paine, the Australia captain, has had to answer questions about the declaration since, the argument being that there might have been time for Warner to chase Lara’s record and for Australia to win – victory was achieved well inside four days in the end.

“I felt that David Warner should have been given an opportunity to go for it,” Lara said. “I happened to be in Adelaide and I thought it was kind of destiny being there. We do understand, obviously any team, who have forced themselves to a very good position would want to get (give) the opposition a chance (to bat) the second, evening.

“I believe records are meant to be broken, even David Warner may have a next chance. He is an attacking player, who can put your team in a winning position.”