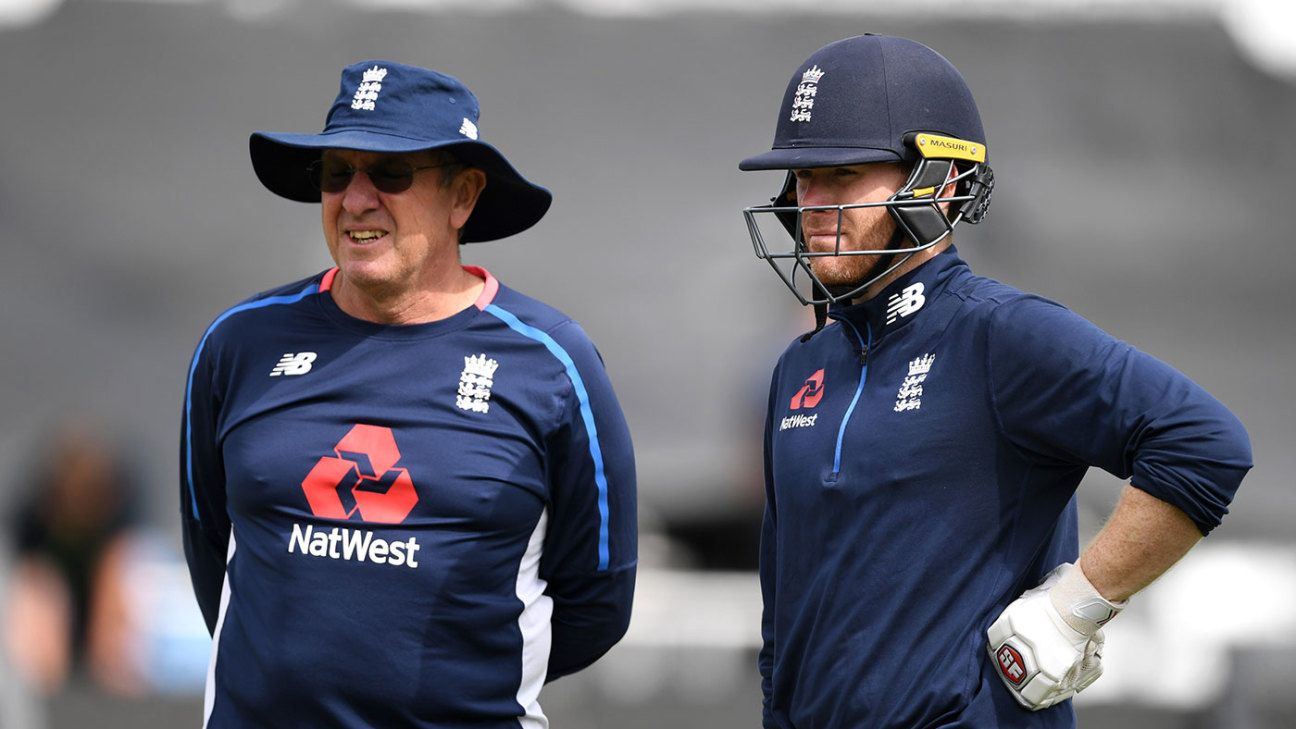 You might think, after four years as England coach, that Trevor Bayliss might be inured to England’s occasional – and, perhaps, not so occasional – propensity for a batting collapse.

But, seeing him at the team hotel on the morning after the night – okay, the early afternoon – before is to see a man clearly struggling to come to terms with events. He uses words such as “embarrassed” and admits he “can’t get my head around” the disparity in quality between England’s performances. For them to suffer the largest defeat, in terms of how long it took West Indies to knock off the target, in their ODI history on Bayliss’ watch clearly hurts.

It wasn’t just the extent of the defeat, though. It was the fact that it came in the final ODI before England were obliged to select their World Cup squad. Despite all the tours and training and faith in the players, it seems the England team retain a propensity, when confronted by conditions outside their comfort zone, to collapse in spectacular fashion. A difficulty in adapting to conditions is clearly a recurring problem.

And while Bayliss admitted the performance – perhaps it would be more accurate to call it the lack of performance? – could be the “wake-up call” his side required, he also said that some of the current players have had every opportunity to nail down their places and failed to do so. As a consequence, Jofra Archer will be given an opportunity to show what he can do during the ODIs against Ireland and Pakistan despite having just 14 List A appearances to his name. He would appear to have every chance of winning a World Cup spot.

ALSO READ: ‘It’s been an honour to wear the crest’ – Gayle bows out

“Was it the worst yet?” Bayliss said of defeat in St Lucia. “I think it was. To lose in such a fashion… I think they [the players] were embarrassed.

“We talk all the time about playing smart cricket but, quite simply, we didn’t play smart cricket. We kept making the same mistakes.

“Whether it’s a bit of overconfidence – have we gone into the match with, not a blasé attitude, but an overconfident attitude where they go out and play their natural games and think it’ll just happen? Batting can’t be easy and free flowing all the time. And it’s happened a few times.”

Bayliss hopes the game will prove to be something of a watershed moment. Straight afterwards, the team held a long meeting in the dressing room where they reflected on their failings and, he believes, understood where they went wrong.

“I didn’t have to say very much,” he said. “Eoin Morgan started the conversation and three or four of the most experienced players in the team led it. They were on the money.

“They were talking about getting to 220-230 on that pitch. That conversation was going on out in the middle and in the dressing room. But we didn’t put it into play.

“You’re not going to score 400 on a wicket like that but you make high 200s, 300, 350 and it’s enough to win games on those wickets. Yesterday we just didn’t. Two hundred and we would have been right in the game.

“If it doesn’t sink in after this one – so close to the World Cup – then there’s something wrong. I’d like to think that, after their chat yesterday in the changing room, it will sink in.”

“Jofra Archer’s name keeps cropping up and I think, at some stage, we will give him an opportunity”

While the batting was the focus of most reports, Bayliss was also underwhelmed by some aspects of the bowling during the series. There had, for example, been talk ahead of games about bowling yorkers at Chris Gayle. But very few were delivered and Gayle was able to hit 39 sixes in four innings; one every 8.10 balls.

“We just bowled a lot of balls in his strike zone,” Bayliss said. “We just didn’t get the ball in the right area enough. Yorkers were spoken about a lot. Sometimes the bowlers go out to try and do it and just can’t.”

Partly as a result, Bayliss confirmed that Archer – who is now just a few days from qualifying as eligible for England – is almost certain to made his debut in the ODIs to be played in May ahead of the World Cup. While England are obliged to name their 15-man World Cup squad by April 23 (they are expected to name it a week or so early), they can make as many changes as they like until May 22. After that date, they need ICC approval for any change and they will only be allowed in the event of injury or exceptional circumstances.

“Jofra Archer’s name keeps cropping up and I think, at some stage, we will give him an opportunity,” Bayliss said. “Those matches against Pakistan and Ireland, I think he will get an opportunity to show us what he can do. He’s said publicly that he’s keen.

“He’s a bowler you don’t get many of: someone who is able to bowl in all three phases of the game. He can take the new ball, he can bowl through the middle and he can bowl at the end which is a good skillset to have.

“There was a little bit of contact made during the Australian summer and there was talk a month or two ago about when the date was that he qualified. At the time, it was around 31 days that he needed to be back in the UK.

“Are the players he’s competing with aware of the situation? I don’t know, you’d have to ask them. There is plenty of speculation all the time in the papers and I’m sure they read that.

“The guys in the team, they’ve got hold of those positions and in a way it’s theirs to lose. If they keep performing and doing well it’s difficult to bring people in.”

The implication? That they haven’t been performing. Several fringe members of the squad now face an anxious wait.

England resume training on Monday ahead of the first of three T20Is against West Indies in St Lucia on Tuesday. They will be without Ben Stokes, Jos Buttler and Moeen Ali, who have all been given time off before they depart for the IPL, while Jason Roy will shortly go home to be present at the birth of his first child. Mark Wood is also likely to be rested for one or two of the T20 games.

The likes of Sam Billings, Dawid Malan, Chris Jordan and Sam Curran – who have all been brought in for the T20I series – are likely to win opportunities in the coming days, as is Joe Denly who has been a non-playing member of the ODI squad.