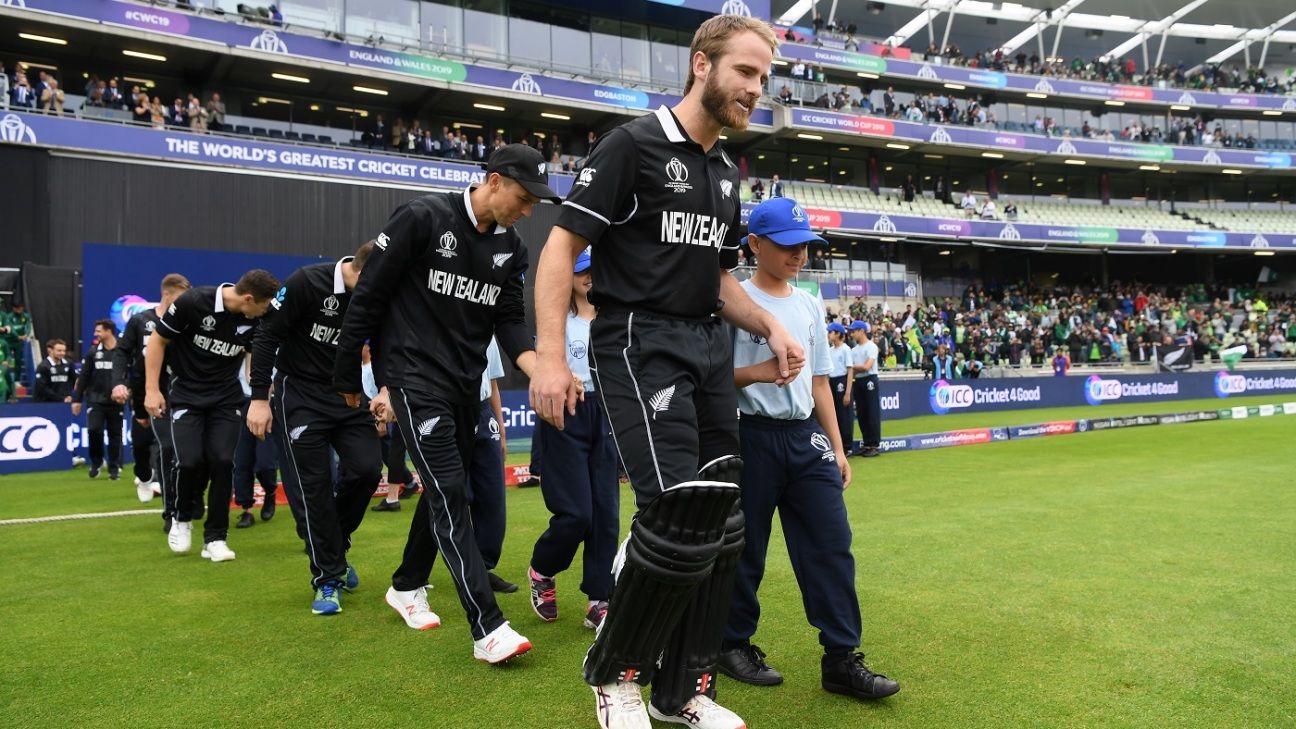 These are the things Kane Williamson and New Zealand are telling themselves, ahead of their semi-final against India. Of the final four in the World Cup, New Zealand are easily the least-fancied outfit. Not only have they won fewer matches at this tournament than the other three semi-finalists, they have also lost three matches on the trot, going down to Pakistan, Australia and England. Their group stage match against India, meanwhile, was rained out.

And yet, although on paper New Zealand are the most flawed team remaining, knockout cricket can throw up any result. Some swing for Trent Boult, a furious Lockie Ferguson spell, Ross Taylor surging back into his best form – all of these are conceivable. India have substantial flaws themselves.

“I think for everybody it sort of starts fresh tomorrow, after what was a very tough round-robin stage,” Williamson said. “Whether we are underdogs or not, it doesn’t really matter. It is about how we turn up tomorrow, and look to commit to the plans that we want to implement. We have to go out and play with that freedom because every side has beaten one another on a number of occasions.

“Although we have qualified fourth, we have the same opportunity as anybody else to. There’s only two games left in the tournament. During the round-robin we saw that anybody could beat anybody and we saw on a number of occasions that happened. Our focus once again is committing to the style of cricket we want to play that gives us the best chance.”

Williamson himself has been the lynch pin in the New Zealand top order more than any other batsman has been for any team, supplying over 30% of the team’s runs. Also vital to New Zealand’s progress to the semi finals, though, has been the contributions of New Zealand’s bowlers. Ferguson and Boult have been especially good, taking 17 and 15 wickets respectively, at averages of 18.58 and 24.66.

James Neesham (11 wickets at 18.18) and Matt Henry (10 wickets at 31.50) have also bowled crucial spells through the course of the of the tournament. Although India go in with more highly-rated attack, New Zealand’s isn’t far behind, particularly if there is swing to be had at Old Trafford. New Zealand also have a reputation for being an excellent tournament team, because they are adaptable.

“I think the bowlers have been brilliant throughout this whole campaign. We know in cricket that every day is different. Just trying to adapt as a unit as best you can is definitely the most important thing.

“By and large, our bowlers have done that outstandingly well and I think we have seen conditions change considerably from first innings to second innings, on some occasions, so how guys have had to operate in the start of their innings, then move into the second half of the bowling innings, has had to be quite different. By and large, they have been superb throughout.”

“But we know we’ve got a different challenge coming up tomorrow, and that it’s a different side, but different conditions again.”