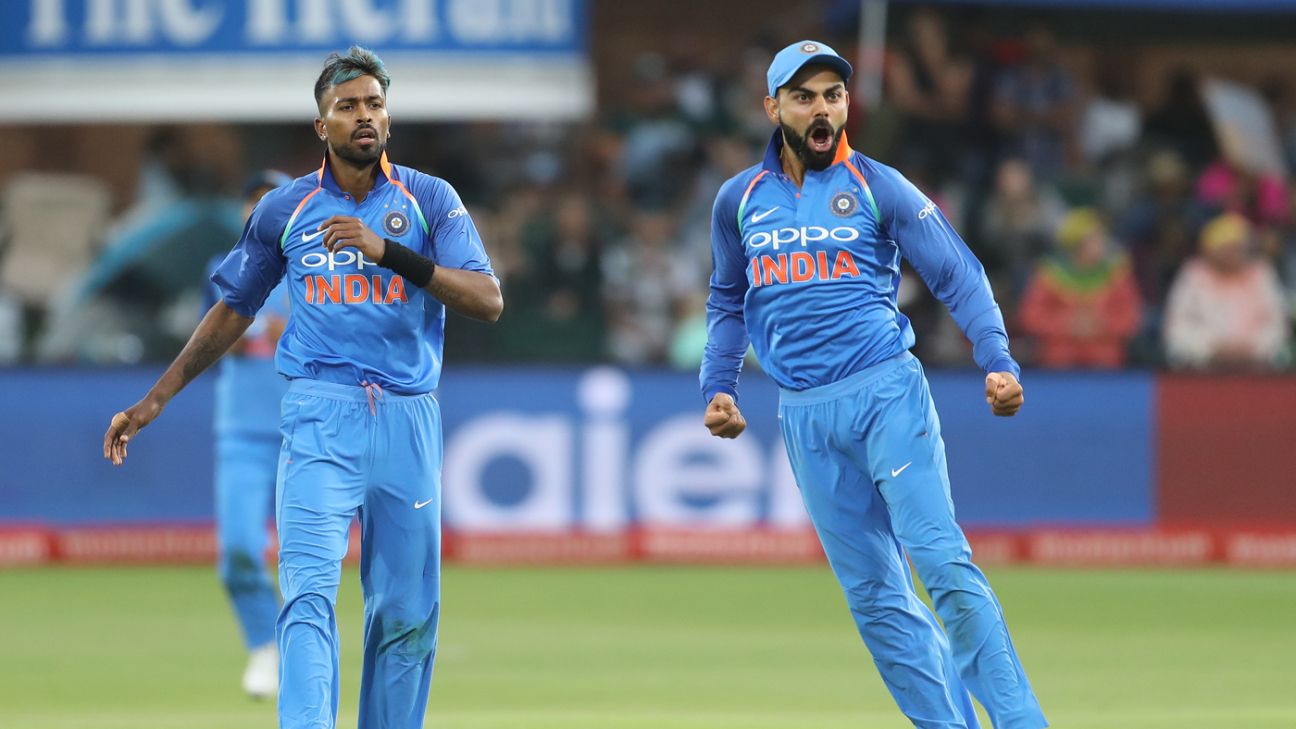 Virat Kohli has said it has been made clear to Hardik Pandya and KL Rahul that their controversial comments made on an Indian TV show, which has left them facing a suspension, are not acceptable and the personal opinions are not the view of the India team.

Pandya and Rahul appeared on a talk show on Sunday where their comments – Pandya’s in particular – came in for widespread criticism and raised concerns over the team culture. The BCCI issued the players a show-cause notice to which Pandya responded with an apology to the board.

“From the Indian cricket team point of view, any inappropriate comments that are made in that scenario are something that we definitely don’t support and the two concerned players felt what has gone wrong and they have understood the magnitude of what’s happened,” Kohli said at the SCG ahead of the opening ODI against Australia. “Definitely it has to hit anyone hard, they will definitely understand the things that have not gone right.

“We are still waiting for a decision to be made but from the Indian cricket team point of view this changes nothing in terms of our beliefs in the change room. It does nothing to the spirit that we’ve been able to create within the change room and these are purely individual opinions and something as I said which is inappropriate.”

While the controversy is dealt with by the Committee of Administrators (CoA), which is overseeing the BCCI, it creates a headache for Kohli ahead of the first ODI on Saturday, especially the uncertainty around Pandya’s availability given how key he is to balancing the India line-up as the seam-bowling allounder in the middle order.

Kohli acknowledged the outcome of the process may require the team to rethink their plans, but was confident that with Ravindra Jadeja in the squad, they had the options to cover for Pandya even though Jadeja is a spin-bowling allrounder.

“From the combination and team balance point of view, yes, you’ll have to think about the combination you’ll need now,” Kohli said. “You don’t have control over these things so you have to address it the way it unfolds. That’s how we are looking at it, the combinations will have to be looked at when the decision comes out and from there on we’ll see what needs to be done about the whole situation.”