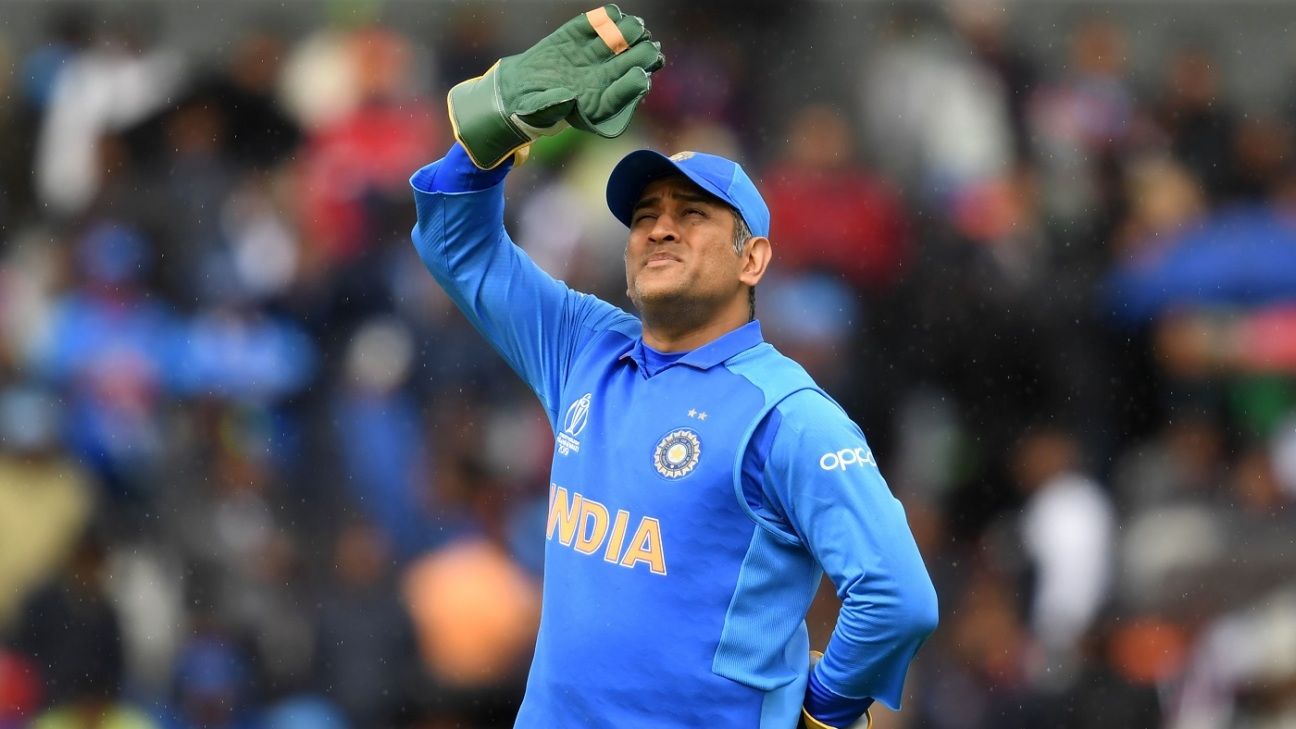 MS Dhoni‘s days as India wicketkeeper seem to have ended, going by the statements of MSK Prasad, the chairman of selectors, today while announcing India’s T20I and Test squads for the Bangladesh series at home. Dhoni did not feature in the T20I squad – he’s already retired from Tests – and while Prasad didn’t say Dhoni had been dropped, his answer was unambiguous: “This is our clear thought process that post World Cup we are focusing on Rishabh Pant only.”

When prodded again – he was asked the Dhoni question four times – Prasad said: “I made it very clear post the World Cup that we are moving on. We are giving opportunities to youngsters and see that they establish themselves in the side. With Rishabh Pant doing so well and even Sanju Samson coming into the side [as back-up wicketkeeper], I am sure you must be understanding our thought process.”

Prasad also said that Dhoni had been spoken to about his future and the former India captain “also endorses our view of backing youngsters”.

When asked if Dhoni could make a comeback by returning to domestic cricket, Prasad did not give a conclusive answer again. “That is purely his personal call,” Prasad said. “Going into domestic cricket, getting his touch back, or thoughts about retirement, everything is purely his personal [decision]. We’ve already laid the roadmap for future, I’m sure you can see in the way we are selecting the teams.”

Prasad’s comments came after the selection committee meeting at the BCCI headquarters in Mumbai, which was also attended by the board’s newly elected president and secretary, Sourav Ganguly and Jay Shah. Also present at the meeting were India captain Virat Kohli and his deputy in the limited-overs formats, Rohit Sharma.

Although Prasad’s panel is already focused on Pant, Ganguly has said he will speak to both Dhoni as well as Kohli on the matter. Upon taking charge as BCCI president yesterday, Ganguly pointed out that “champions” like Dhoni “do not finish very quickly”.

Incidentally, this could be the last time Prasad’s selection panel picks a team, with the contracts of some of the selectors including Prasad running down.

There was speculation that Dhoni might retire post the World Cup, but he didn’t. But questions about his future continued to do the rounds as he opted out of the West Indies tour in August and was then missing from the T20I squad that played South Africa at home last month. The lack of conclusive answers from the selection committee did not help matters. After picking the squad for the West Indies tour, Prasad had said Dhoni had “expressed his unavailability” and “when he is fit and available, then we’ll see”.

A few days later it emerged that Dhoni was going to spend two weeks with the Indian Army in the first half of August.

The next time Prasad’s panel met, to pick the T20I squad for the South Africa games, they chose not to hold a press conference, which added to the speculation around Dhoni.

Meanwhile, Pant played all three formats in the Caribbean and the T20Is against South Africa, though he too sparked debate over his shot selection and batting methods following a run without substantial scores. India’s new batting coach Vikram Rathour said, “Of course he needs to sort out his game plans a little more; bring a little bit of discipline to his game.” Head coach Ravi Shastri said that Pant had “let the team down” with his shot selection and captain Virat Kohli suggested his decision making needs to improve.

Prasad confirmed that India will stick with Pant, though. “Post World Cup I’ve been very very clear on this, that after the World Cup we started backing Rishabh Pant and we will still back him and see that he progresses well,” he said. “Of course, he might not have had the best of the matches that we expected of him, but still we can only make a player by backing somebody. We are very very confident that he will come out successful and this is our clear thought process that post World Cup we are focusing on Rishabh Pant only.”

When asked if the selectors were going to give Pant a fixed number of series before looking at other options, or perhaps falling back on Dhoni, Prasad said sternly: “I have already answered, we are backing Rishabh Pant.”

Samson’s form as a batsman and the fact that he had been picked as India’s back-up wicketkeeper might close the doors on Dhoni further. In the recent Vijay Hazare Trophy, Samson smashed an unbeaten 212 off only 129 balls against Goa. The fact that he will turn 25 next month will also sit well with Prasad’s vision of looking to young players.

If Dhoni’s international career is indeed over, his knock of 50 in the World Cup semi-final loss to New Zealand, when he batted until the penultimate over to nearly see India through, will be his last.