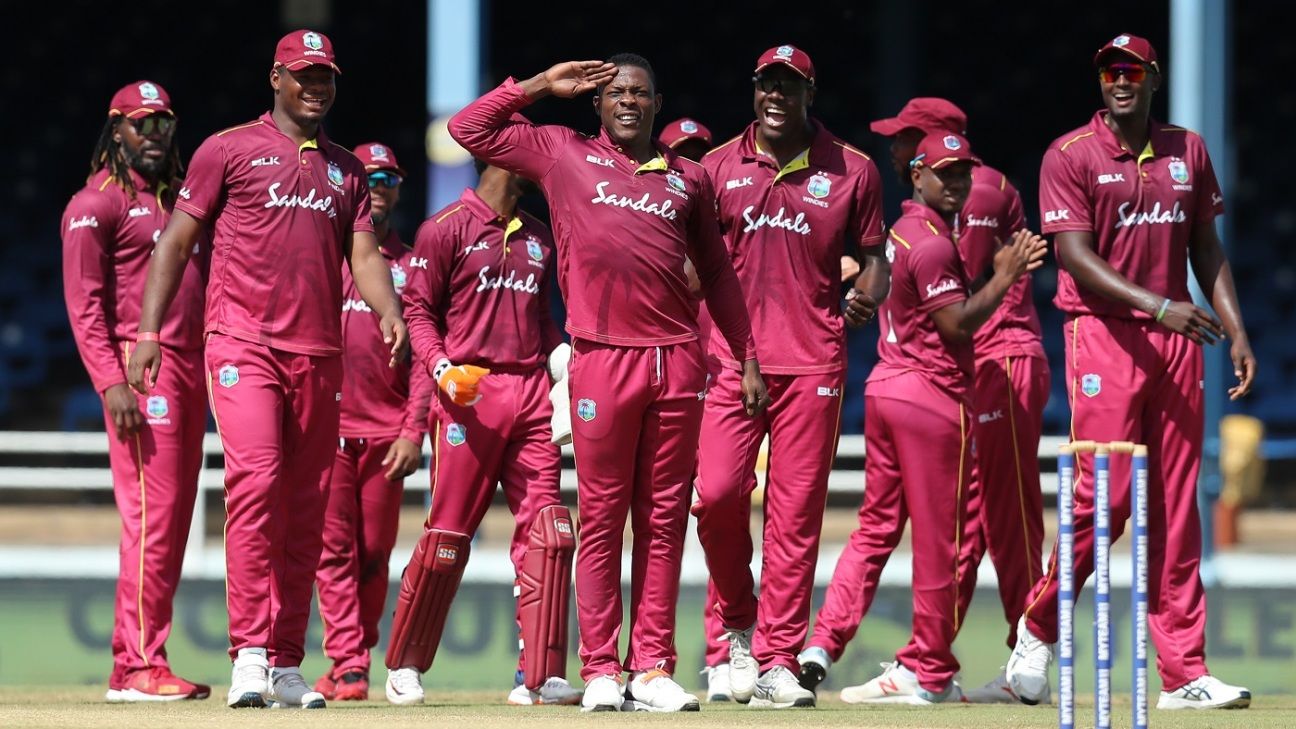 USA’s ODI status secured in April has already guaranteed them 36 ODIs over the next three years as part of Cricket World Cup League Two, but their rise in the ICC rankings might also help convince Full Members to play more matches against them in conjunction with tours to the Caribbean. So hopes Johnny Grave, the Cricket West Indies’ chief executive.

“Hopefully West Indies and USA can have a really good positive partnership to support each other and to build cricket in this time zone in the Americas and grow the game because that’s what we need,” Grave told ESPNcricinfo in a recent interview.

“What USA Cricket needs is certainty, that we are coming. Then we can focus on how this becomes a real celebration of cricket, how we can promote the sport, get grassroots programs in and around it, how we can play USA or the opposition can play USA as warm-ups is definitely something that we are very open to. We’ve all said that we want to grow the game. Well, the North American market is somewhere we have to grow cricket if we want to become a truly global sport.”

CWI is open to expanding fixture arrangements with a focus on West Indies T20I matches played in Florida over the next few years. A tentative agreement had been in place for USA and West Indies to play a T20 warm-up match there ahead of the India series in August. But sources have said USA pulled out of it in order to have a three-week squad training camp in Los Angeles. West Indies will, however, return to Florida in August 2020 to play two T20Is against South Africa, as previously reported by ESPNcricinfo.

Grave said practice matches between touring teams and the USA could be a viable starting point and things can move forward from there. “I think we’re open-minded. There’s always an opportunity to play behind closed doors, not open it up to the public, to not have full status. But we’d be really open to saying, ‘Well no, the international status is there. Let’s play a fully-fledged international.

“There’s so much costs of bringing in all the TV production kit in terms of set-up costs that actually to add on another game when everything is already set up isn’t insurmountable, in which case that’s something we’d definitely want to discuss with USA Cricket.”

For the third consecutive edition, USA have been invited to participate in the Regional Super50 tournament held this month in Trinidad & Tobago as CWI continue to look at more options for collaboration.

“In terms of playing USA Cricket if and when we can identify a gap in our calendar, we always have to fly to pretty much anywhere in the world via Miami, New York or London,” Grave said. “Bringing our teams from the Caribbean for training camps, to play games and then to fly elsewhere in the world is definitely something that logistically makes sense.

“So if the diaries align… One of the things that USA Cricket are doing is playing a lot more competitive cricket. So it’s not just a case of when our team are available but when USA Cricket are available. But that’s definitely something we’d be interested to do and not just men’s cricket. We’d be keen to bring our West Indies women’s team to play matches and even Under-19s boys and girls. We’re talking to them about the whole scope of cricket. We’re always looking for opportunities for our players to play and also to assist USA and Canada in their growth and development.”

As for next year’s T20I series against South Africa in Florida, Grave said that he expects the ticket prices to be much more affordable. When India played there earlier this year, the grandstand seats started at USD 100. It was less than half that when Bangladesh came over in 2018.

“We saw it in the World Cup that the Indian fans and subcontinent fans are the most passionate fans in the world and are desperate to see their stars when they come over on their doorstep,” Grave said. “The tickets get snapped up so quickly online and it’s difficult to hold them back necessarily for other fans. South Africa will definitely be a more affordable price point. Hopefully even Americans who have heard about these games will come and watch the cricket and see what it’s all about.”