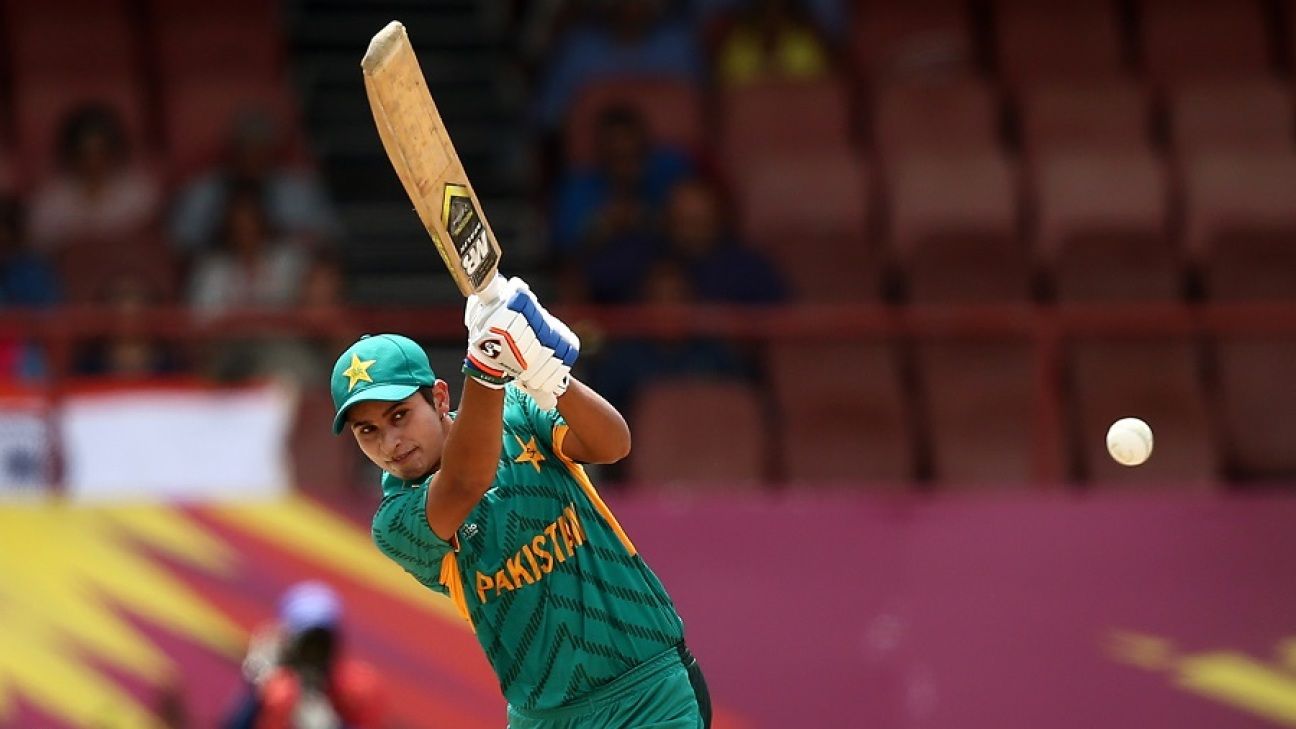 Featuring in the Women’s Big Bash League (WBBL) is going to be “a fantastic opportunity” for Nida Dar after she became the first Pakistan women’s player to be signed for the league, by Sydney Thunder. The opportunity, she says, will help her raise her game as the Women’s T20 World Cup is less than six months away.

Dar, 32, has played 96 T20Is and 71 ODIs, her last series being the T20I matches in South Africa where she finished with five wickets and scored 192 runs in five matches. Her T20I strike rate of 96.27 is the highest for a Pakistan women’s player among those who have batted at least five times in the format.

“This is a great honour to represent Pakistan in a league where all top cricketers are playing in Australia,” Dar told ESPNcricinfo. “Being a first Pakistani to be there is wonderful for me and for the country. It’s a fantastic opportunity for me and I will the make best out of it. This is not only going to help me raise my game personally but I will be learning a lot…game plans, thought process and all my experience is going to help my [Pakistan] team-mates.

“The basics of cricket are the same everywhere but it’s the standard and the competition level that makes a difference. Big Bash is an amazing league and playing in it with all the top players in the world in one place is what any player dreams of. The standard indeed is one step ahead of us in Pakistan so with this opportunity I know I have to play hard and after the season I will bring back a lot of experience which is going to help everyone here.”

The door opened for Dar after India’s T20I captain Harmanpreet Kaur didn’t renew her ties with the Thunder as India’s month-long tour of the Caribbean is going to clash with the WBBL, and the Indian players, including Smriti Mandhana and Jemimah Rodrigues, wanted to manage their workload before the T20 World Cup early next year. Harmanpreet had been a key player in the Thunder line-up since the 2016-17 season.

“I have a great regard for Harmanpreet Kaur…she is a top player and someone I look up to,” Dar said. “I know I am going to replace her in the squad and I understand the level of expectations from me. I have worked so hard over the years and I’m in my prime form. The balance between my batting and bowling is very important. I do enjoy my batting but it’s more about the role what I am asked to play. I adapt quickly. Harmanpreet is a wonderful player with sound technique and her power-hitting is amazing. I know the challenge and filling in for her will be a great responsibility and I will try not to make them miss her.

“The grounds [in Australia] are a lot bigger and one has to adapt to that. But the ball skids very fast there too, with the bounce and that is ideal [for batting]. You don’t need to push hard while batting, it is about technique and timing the ball. I am prepared for the challenge.”

Dar is one of Pakistan’s most experienced players, having made her international debut in 2010, and has been one of their main players in the last decade. No Pakistan woman has taken more T20I wickets than her 88, and she ranks fourth in ODIs with 66 wickets after Sana Mir, Sadia Yousuf and Asmavia Iqbal.

“I am in the 30s now but with the kind of exposure I have, I am more sensible and in control of my game,” she said. “It’s not about age actually, it’s about the passion and fitness required for the game and the guidance by my coaching staff. That is pushing me in the right direction. Fitness has become a top priority these days and no matter what age you are, you have to be fit.

“Fitness is going to dictate how long you can play. I have lost weight recently, I was 62.5kgs and I have lost almost 6.5kgs in one week and now I am more active than ever.”

Pakistan women’s next assignment is against Bangladesh – from October 26 to November 4 – and the PCB has exempted Dar from the series so that she gets T20 exposure with international players in the WBBL ahead of the T20 World Cup in 2020.