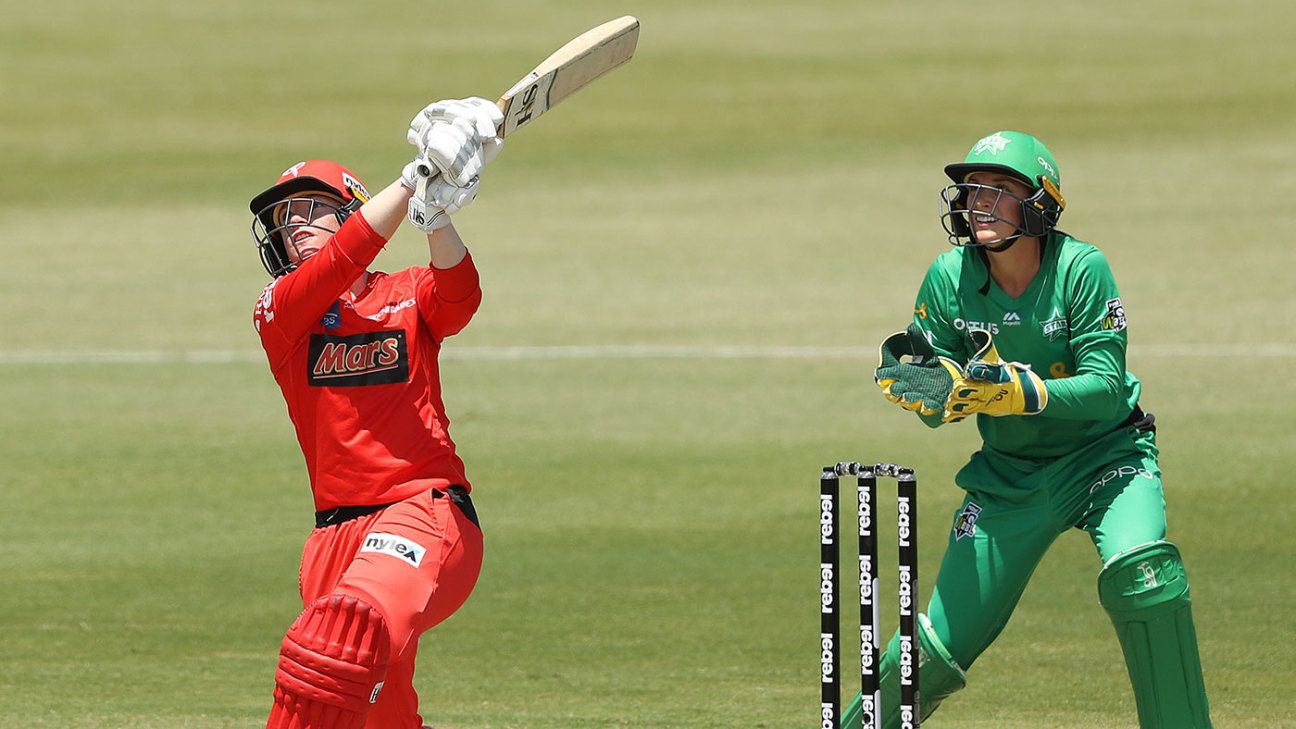 Jess Duffin continued to carry the Melbourne Renegades on her shoulders as they pushed for a place in the semi-finals with a superbly-paced chase against the Melbourne Stars to win by six wickets with a ball to spare. Duffin struck 76 off 57 balls after coming in at 2 for 11 in the second over, initially steadying the innings with Tammy Beaumont before adding 81 in 10 overs with Courtney Webb (30). Georgia Wareham then played a vital cameo in a tense finish with eight need off the last over. The Stars had fallen away after a tremendous opening stand of 118 in 13 overs between Elyse Villani (45) and Lizelle Lee (70). That pair departed in the space of three deliveries and the Stars could only add 44 in the remainder of the innings, 20 of those coming off the last over.