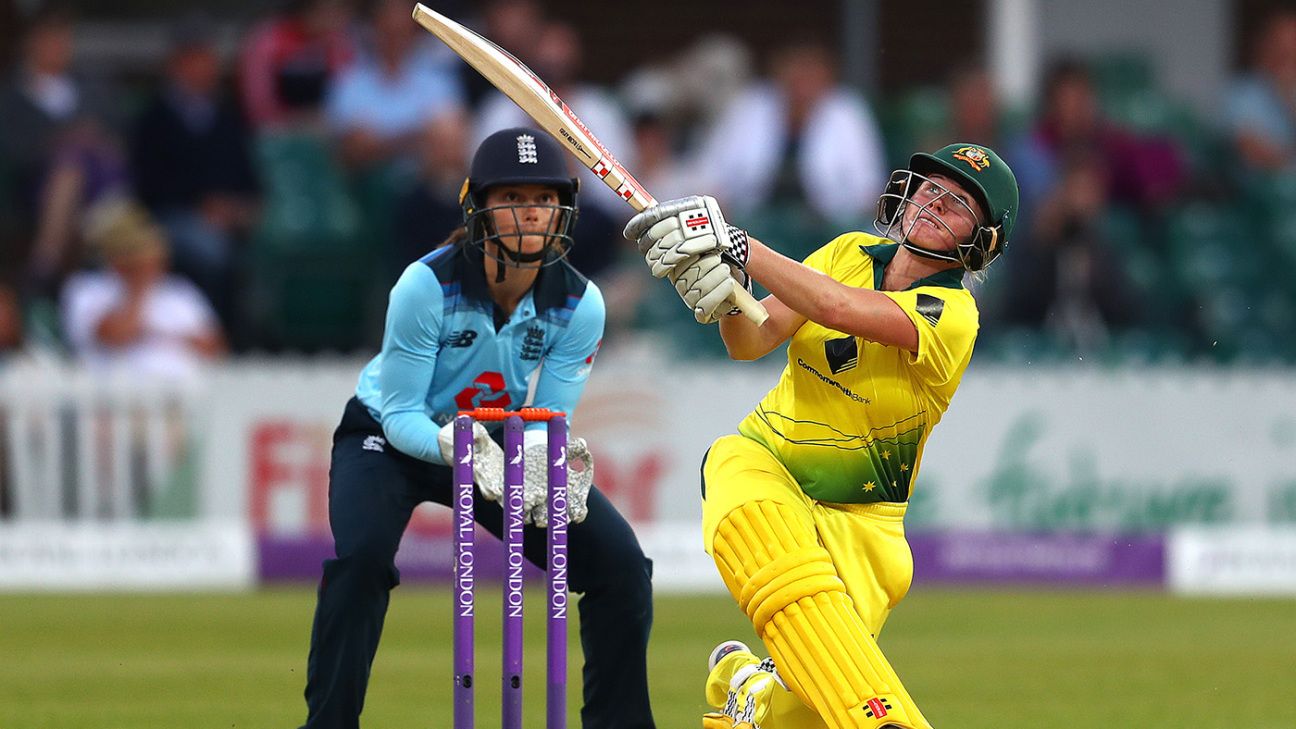 Australia have given themselves a head start in the Women’s Ashes with victory in the first two ODIs and coach Matthew Mott is confident there is more to come after they were able to win despite two stuttering displays from the top order.

They edged over the line by two wickets in the opening match – after which Mott was critical of the shot selection – followed by an improved performance in the second outing which ended in a six-wicket win, but it still needed an unbroken seventh-wicket stand of 60 between Beth Mooney and Jess Jonassen after England had fought back.

There has been a half-century apiece for Alyssa Healy and Ellyse Perry, but slimmer pickings for the rest of the top order: Nicole Bolton has failed twice, Rachael Haynes has 40 runs in two innings and captain Meg Lanning 34 runs.

“It’s probably a blessing I guess, you know some of that top order are due and the fact we are getting over the line without them is a real positive for us,” Mott said. “They’ll do a lot of work in the next couple of days but there weren’t too many bad shots there so that’s a positive. We are two up which is really important and from here on it when the batters get set we’d like them to get some big scores.

“The composure shown at the back end, it got tricky at one stage, think England probably thought they had the game at six down and they were really composed. They made it look a lot easier than we thought it might be.”

On Lanning, specifically, Mott said her dismissal in the second match was down to a fantastic piece of bowling from Katherine Brunt. “She got 90-odd in the practice game and looked in great nick, [it] was just a ripper of a ball, thought she looked well set and her intent was excellent. It took something special to get rid of her.”

Victory in the third ODI in Canterbury would put Australia well on track to retain the Ashes in the multi-point series. There are four points on offer for a win in the Test, and two for a draw, before the three-match T20 series with two points for a win, but memories of the last Ashes when England fought back at the end forefront of Australia’s mind.

“It’s huge, we want to get out as far in front as we can,” Mott said. “We said from the start we had a bitter taste from the last one when they came back and drew the series so the next game is the most important game.”