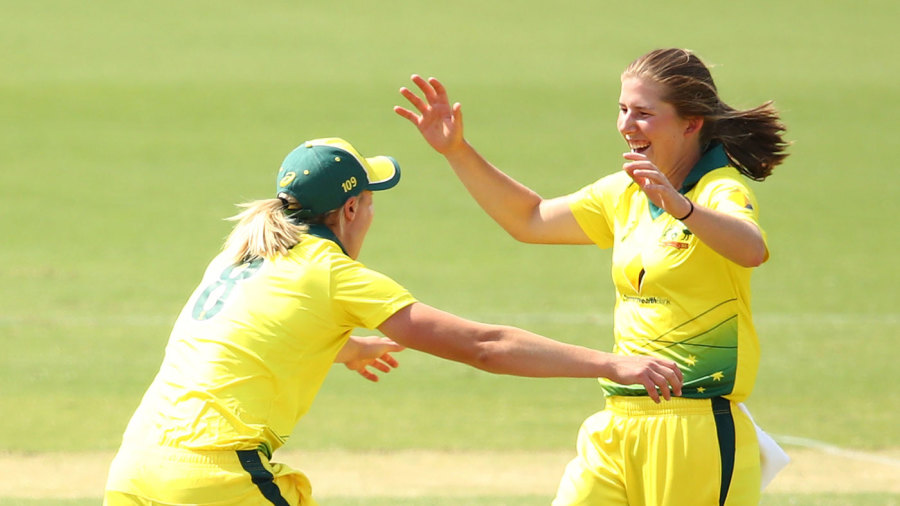 Australia shrugged off New Zealand and enervating heat to complete a 3-0 sweep of the Rose Bowl ODI series with a consummate team display in front of 1725 spectators at Junction Oval on Sunday.

The legspinner Georgia Wareham‘s two wickets in consecutive balls to break a strong opening stand by the visitors and slow the run rate was a pivotal moment on a day where the captain Meg Lanning, Rachael Haynes, Alyssa Healy and Ellyse Perry all contributed useful runs to a comfortable chase.

They were able to cruise home with 2.1 overs to spare due to an even and committed bowling display in the harshest of the day’s 36C heat, before afternoon clouds and a brief rain break provided some respite for players on both sides.

Apart from Wareham, Ashleigh Gardner, Megan Schutt, Jess Jonassen and Perry all put in parsimonious spells, meaning that Lauren Cheatle’s relatively expensive four overs for 23 were not particularly damaging to the Australian cause.

By contrast, New Zealand were left to ponder numerous ill-timed dismissals, not least the run out of the captain Amy Satterthwaite just as she appeared set to take control of the final overs and lift the tourists to a tally beyond the 250 mark.

Satterthwaite had won the toss and batted first in her team’s effort to avoid a 3-0 series margin, having won the Governor General’s match at Drummoyne Oval in Sydney on Thursday. New Zealand’s early progress was serene, as Suzie Bates and Sophie Devine put on 70 at close to five per over.

However, the introduction of Wareham, a burgeoning force as a wristspinner following her selection in last year’s T20 World Cup winning squad in the Caribbean, brought the wickets that left Satterthwaite’s team playing catch-up for the rest of the day.

Bates tugged the last ball of the 17th over to Perry at midwicket for the first wicket of the day, and from the first ball of Wareham’s next over Lauren Down was flummoxed by a leg break that held up off the pitch and induced a leading edge. Perry, sprinting in from her midwicket position, dived forward to complete a stunning catch.

Wickets followed regularly thereafter, leaving Satterthwaite and her team hoping for early breakthroughs in defending a target that looked well below the sort of level required by a flat pitch and fast outfield at the Junction.

Instead, the Australians put together a pursuit that was impressive in its consistency and partnerships, even if no member of the top five progressed beyond Perry’s unbeaten 54. Haynes and Healy ensured the run rate would never be an issue by rattling to 84 for the first wicket, and after Healy’s exit Perry and Lanning put together a steadying 62.

When Lanning was taken by Satterthwaite at mid-off, Beth Mooney joined Perry to hunt down up the remainder of the target, bringing the Australian international season to an end and also allowing Healy to be presented with the ICC trophy as the world’s best T20 performer of 2018 – yet another garland in a summer of plenty.