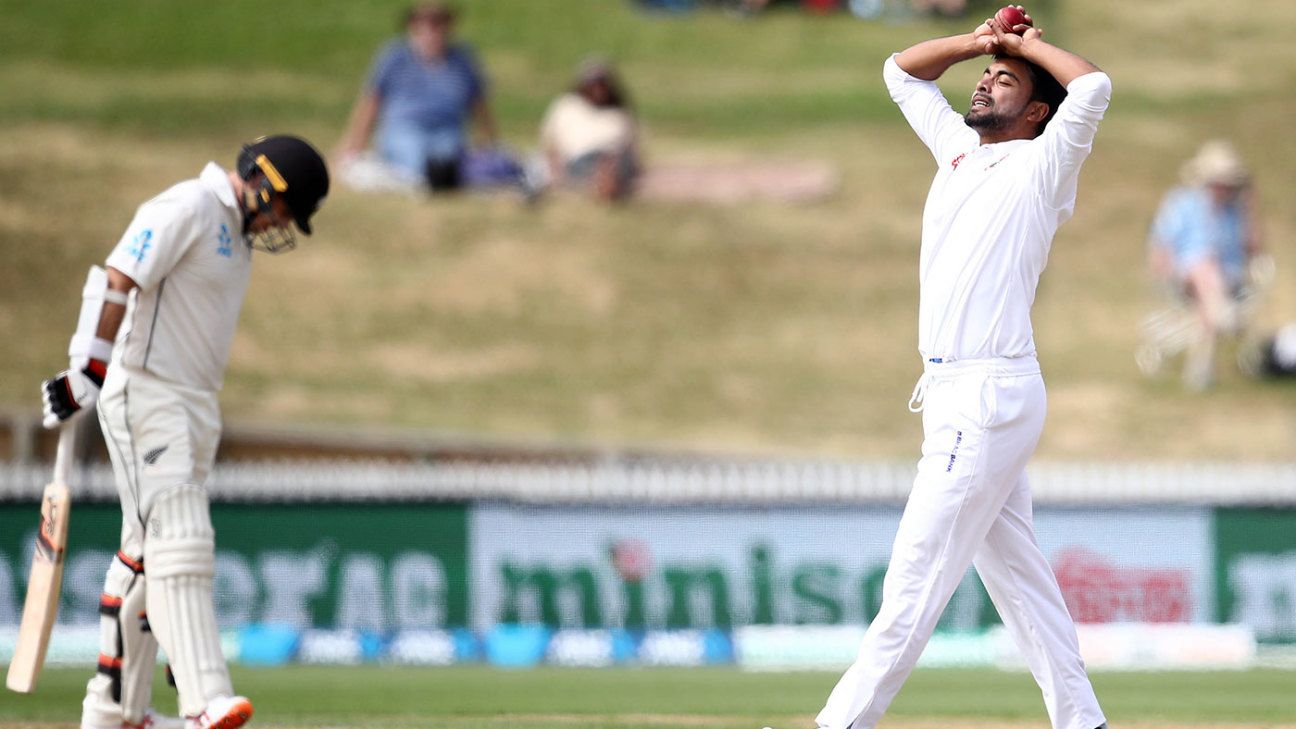 Another new-look pace attack, another big total conceded. This has been the case for Bangladesh in Test cricket, especially when they have travelled outside the subcontinent over the past three years.

Since March 2016, they’ve been to South Africa, West Indies and New Zealand and in each of those countries, they’ve given up a 400-plus total, with their rookie fast bowlers getting battered to all parts of the ground.

Taskin Ahmed, Kamrul Islam Rabbi and Subashis Roy had a terrible time in New Zealand in 2017. Bangladesh then went to South Africa and, even with Mustafizur Rahman and Rubel Hossain available, there was very little improvement. Abu Jayed did decently in the West Indies in 2018 but he got very little support. Meanwhile, Shannon Gabriel, Kemar Roach and Jason Holder just kept blowing the Bangladesh batting line-up away.

In much the same way this Sunday, the Trent Boult-Tim Southee-Neil Wagner combination bowled New Zealand to victory, while Jayed, Ebadat Hossain and Khaled Ahmed conceded 369 runs in 87 overs for one solitary wicket. Bangladesh’s inability to keep the run down or take wickets meant New Zealand had little to worry about as they piled on 715 for 6, their highest ever Test score.

Despite that, fast bowing coach Courtney Walsh has backed his young bowlers, saying the only way they will get better is by playing more matches together.

“If you’re going to invest in them, and train them in the right conditions – they would have to improve as well – I’d like to see them play a couple of Test matches together,” Walsh said. “Five or ten. Not as individuals, but as a group. But we can rotate them as well, play a couple together, where they get a good feel, a good understanding of what’s happening. Especially in conditions away from home. In Bangladesh, sometimes, none might play or one might play, but when you’re away from home, they need to play.

“So it’ll be nice for them to get a good run so they get a good feel of what’s happening, and you can then judge to see how much they have learnt. We invested in Ebadat. If you remember, two years ago, he came as a developmental player. And that investment has sort of worked in terms of how he made his Test debut here. That’s a good sign. If we can get that to continue, for him to play a couple of Test matches, and to keep improving.”

Walsh repeated that those picking squads and XIs have to be careful with bowlers like Jayed, Khaled and Ebadat, and not throw them under the bus after a failure. “I think the decision-makers have to be patient. It’s something I have always advocated for. You have to give a guy a chance to play a couple of games and then if he hasn’t proved his worth, you can make changes.

“If you’re going to play one Test match here and one Test match there, you’re never going to get a chance to learn the trade or improve your game. One Test match or two Test matches are not good enough. Obviously, when we’re in Bangladesh, we know it’s more spin-friendly, so when you’re overseas you want to get a good run. Last tour, we had new fast bowlers. This one, the same thing. South Africa, the same thing. There’s no continuity and consistency. We have to look at three-four guys that we think can make it, especially for overseas, and invest in them.”

As a sign of how Jayed, Ebadat and Khaled were already showing progress, Walsh pointed to events from Bangladesh’s post-match team talk. “During the review meeting, they accepted where things went wrong and where it went well. Once the players admit and accept the discussions, to me it is a big plus. We look at where they did well, and where they need to improve, and that’s my responsibility.”

Bangladesh and their fast bowlers have a few more days of self-reflection before the second Test begins on March 8.