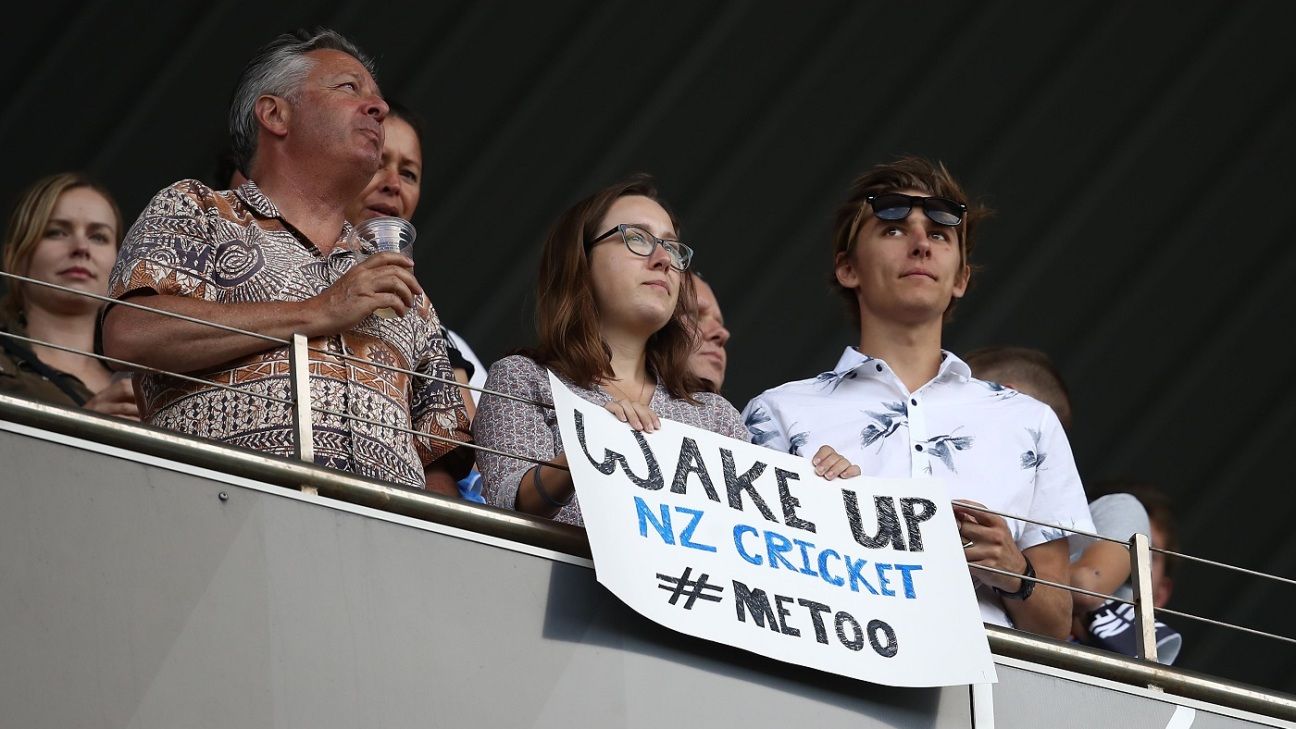 Scott Kuggeleijn‘s participation in the ongoing T20I series between New Zealand and India has prompted protest by certain spectators, stemming from his being found not guilty of rape two years ago.

On Wednesday, a sign promoting sexual consent, which said “No means no”, was taken down at Westpac Stadium in Wellington, the venue of the first T20I. After security personnel confiscated the banner and escorted the woman holding it away from her seat, NZC and stadium officials apologised for the act and said it was an over-reaction.

On Friday, other signs appeared at Eden Park – where the second T20I was being played – referring to #MeToo and consent. One simply said: “Wake up, NZ Cricket, #MeToo”.

It is understood that the posters, on both occasions, were directed at Kuggeleijn, the 27-year-old Northern Districts allrounder who has been part of New Zealand’s XI in both matches so far. Kuggeleijn was tried and found not guilty of rape in February 2017, following a trial at Hamilton District Court, and made his international debut during a tour of Ireland in May the same year.

ALSO READ: Why the Johri investigation has been a kick in the gut for women

Kuggeleijn’s two ODI appearances so far have come in Ireland, far away from New Zealand, but this year New Zealand have fielded him in three T20Is at home, and his trial has returned to the spotlight.

After the conduct of the stadium officials was criticised, stuff.co.nz quoted Richard Boock, the NZC public affairs manager, as admitting: “We agree the course taken was an over-reaction and unnecessary, and the sign certainly wasn’t offensive.

“The policy [signage targeting a player] is a guideline only and is not written in stone. I think, on this occasion, we should have shown better judgment and exercised more discretion. We’ll be having a chat about it in our debrief with a view to making sure that doesn’t happen again, and we’re sorry.”

The third and final T20I of the series will be played in Hamilton on Sunday.