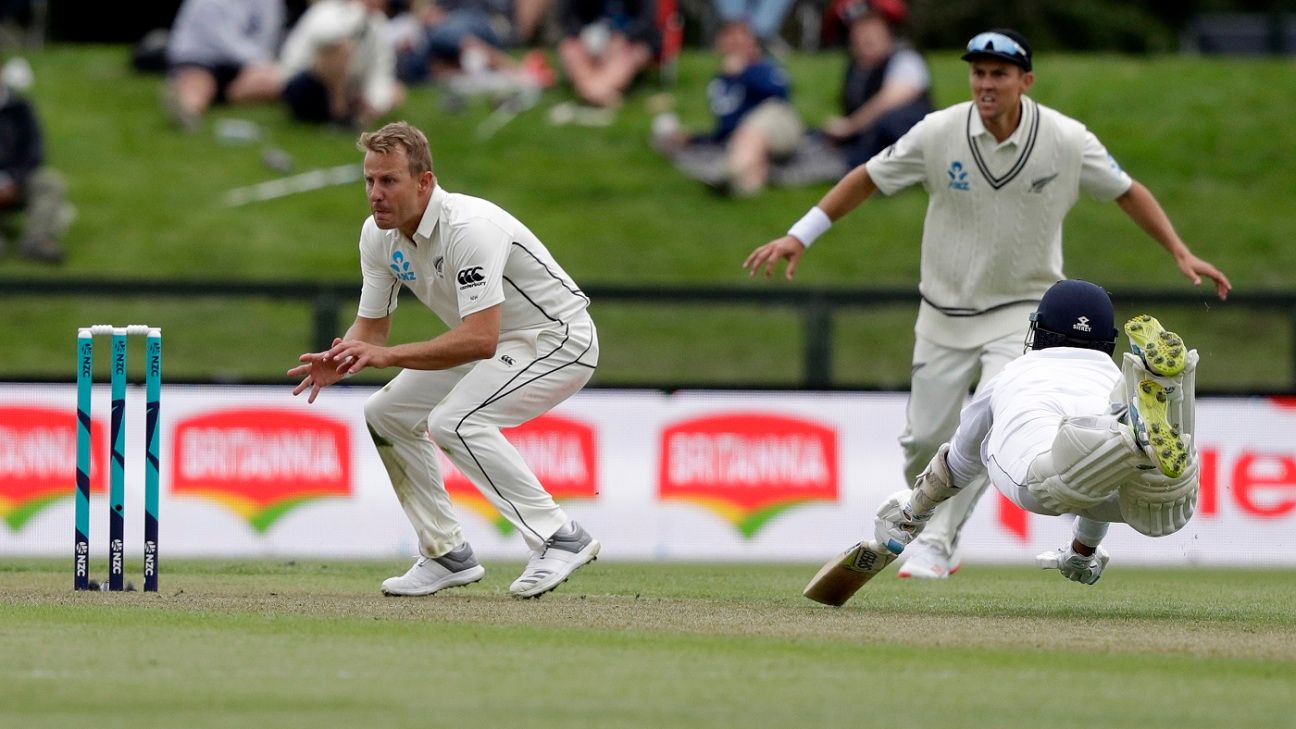 New Zealand required only 14 deliveries to wipe out Sri Lanka’s tail and claim a 423-run victory in the second Test at Christchurch, by extension winning the series, and moving up the No. 3 in the Test rankings.

Angelo Mathews, who retired hurt with hamstring trouble at tea on day four, did not come out to bat, which meant that only three dismissals stood between New Zealand and the series win.

This was a record fourth consecutive series win for New Zealand, with the team having beaten West Indies and England at home in the last summer, and having defeated Pakistan in the UAE earlier this month.

Trent Boult claimed two of those dismissals, bowling Suranga Lakmal with the third ball of the day, before trapping Dushmantha Chameera in front of the stumps with the first ball of his next over. Boult finished with match figures of 9 for 107, having taken 6 for 30 in the first innings.

In between those two Boult wickets, Neil Wagner bounced Dilruwan Perera out, having him caught in the square leg region by Kane Williamson, who ran towards the boundary to complete a good overhead catch. Having taken three vital wickets on day four, Wagner finished with wickets of 4 for 48 from his 29 overs in the second innings.