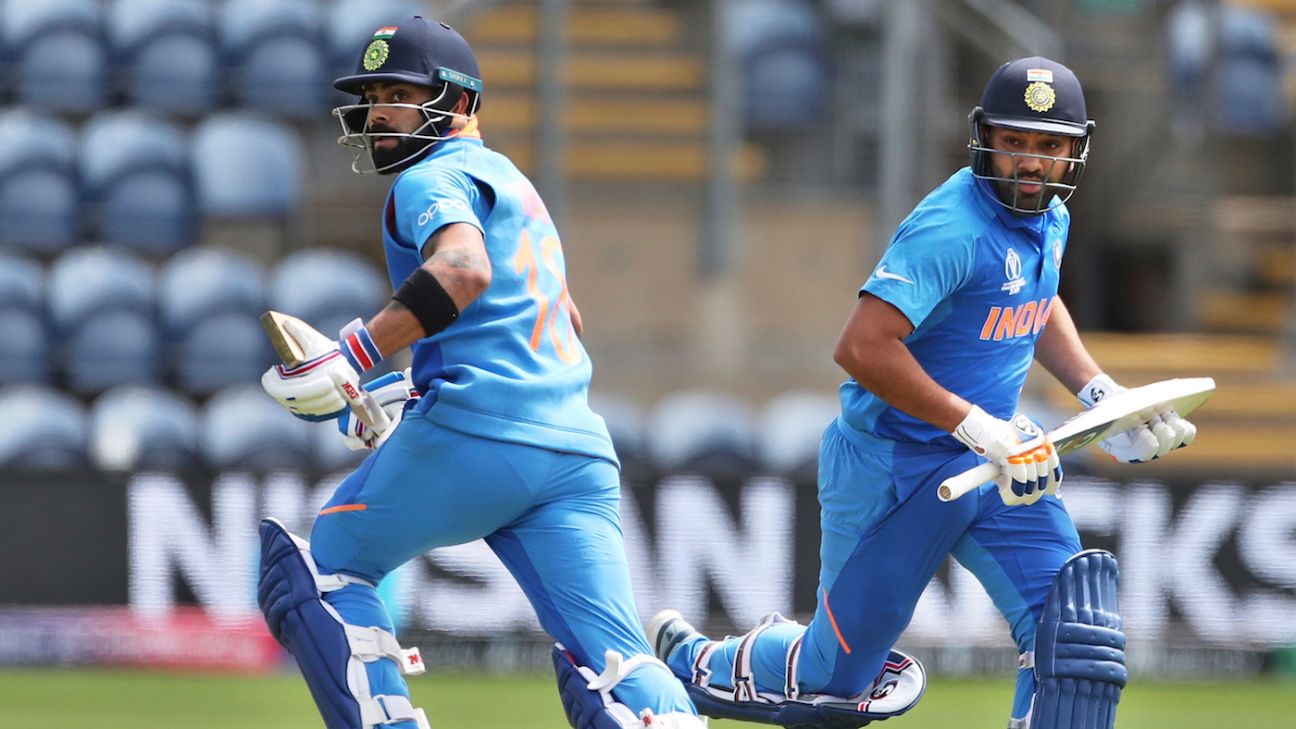 India captain Virat Kohli is “baffled” about media reports that have surfaced recently about fights or rifts between him and ODI vice-captain Rohit Sharma. Kohli also said it was “absolutely ridiculous” and “disrespectful” to bring players’ personal lives into the picture when the team’s focus has been on taking Indian cricket to the top.

“In my opinion, it’s baffling, to be honest. It’s absolutely ridiculous to read such stuff that comes out there,” Kohli said in Mumbai before the team’s departure for the tour of the USA and the West Indies. “I mean I’ve been to a few public events and the public sentiment that I’ve seen – everyone comes up and says, ‘yaar, aap log kya khele (you guys played so well). We have so much respect for you’. And here we are feeding off lies, we are overlooking facts, we are turning a blind eye to all the good things that have happened and creating fantasies and scenarios in our head and we want to accept that this is the truth. And I’ve seen this for too long now, you know bringing personal lives into the picture, it’s disrespectful at the moment. I’ve played the game for 11 years, Rohit has played for 10 years. It’s bizarre that you people are creating this on the outside when, as I said, [so much] about the change room environment.

“If the team environment was not good, we wouldn’t have played the way we have in the last two-three years. I know very well how important the dressing-room environment and the trust factor are to succeed in international cricket. If that wasn’t there, we wouldn’t have been here in world cricket. Our journey from No. 7 to 1 [in Tests] and getting this consistency in ODIs and the way we’ve been strong in T20s as well. I know environment is very important. To get from No. 7 to 1…that camaraderie wouldn’t have been there without the respect and understanding.”

Head coach Ravi Shastri soon interrupted and quashed any such reports of “divisions” in the dressing room, by calling it “nonsense”.

“The way this team plays, no individual is bigger than the game. Not me, not him, nobody in the game,” Shastri said. “And the way they play, it’s in the interest of the team. You can’t have the kind of consistency across formats if you have, like you mentioned, rifts or divisions, or whatever. It is not possible. So when you play on the cricket field, in that dressing room, I’ve been part of it for some time, and none of that nonsense [is] there.”

The various media reports that Kohli was asked about were of possible rifts between him and Rohit, and the captain was even asked about how he felt when he saw media reports of players’ wives and management companies also fighting.

Kohli was also asked if the current scenario reminded him of MS Dhoni’s situation on the Australia tour of 2011-2012, when the former captain had admitted that coming face to face with team-mates Virender Sehwag and Gautam Gambhir had become “awkward after there were media reports of divisions in the dressing room.